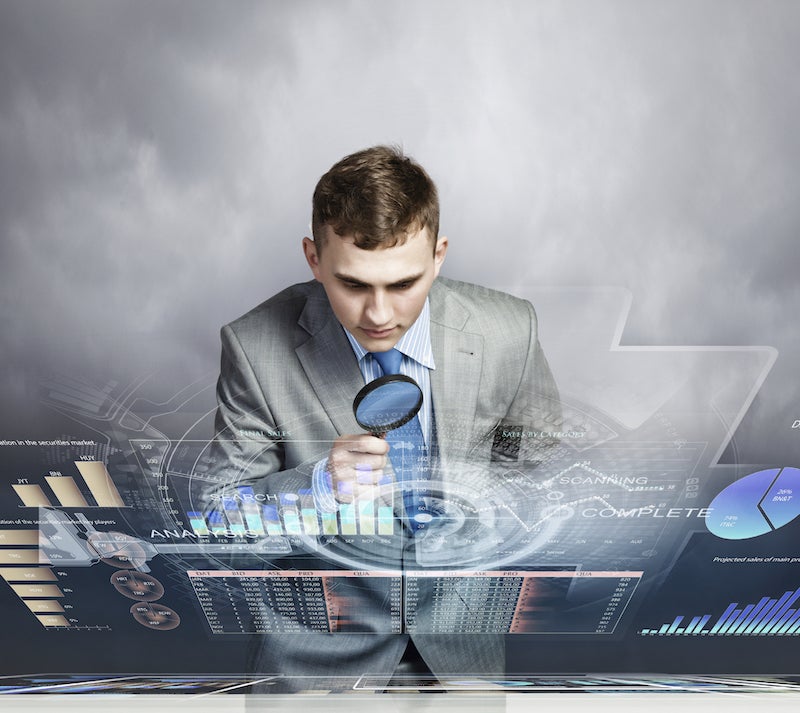 When it comes to the power and potential of data, the opportunities and challenges are crystal-clear: Big Data and analytics is the top priority for LOB, according to the 2016 State of the CIO Report. More than three-quarters of respondents to KPMG’s “Going Beyond the Data” survey of over 800 senior executives say they are already making faster and more accurate decisions thanks to data and analytics (D&A). As the study stated, “Today, the issue is no longer about owning the most data but rather … how to turn data into insights.”

At the same time, however, the war for data talent is a top CIO challenge — 49% of CIOs expect to experience IT skills shortages next year, found the Harvey Nash/KPMG CIO Survey, while a Wall Street Journal article found that the elusive “data scientist” is said to be akin to finding a unicorn, because of the rare combination of skills they need to possess. In addition, only 14% of “Going Beyond the Data” respondents think they have all the talent and capabilities they need to fully leverage D&A.

Clearly, both the CIO and today’s strategic-minded CFOs need to have skin in this digital transformation game, as the pressure to improve decision-making collides with the need for improved analytics and data management. A fully aligned CFO-CIO partnership is key to attracting the right data talent that will lead to future digital transformation success.

The Struggle for Data Science Talent

The good news is, the majority of companies have the systems they need for D&A: Forrester Research found that two-thirds will have built predictive systems capability by mid-2016. The challenges is in finding the skilled talent that can handle that data and understand it from a business strategy standpoint.

In an MIT Sloan Management Review report, Hal Varian, chief economist at Google, described the fierce competition for data talent: “So now you’ve got the data available in some data warehouse configuration, and then the question is, how do I access it? How do I input it in decisions? How do I utilize that data effectively? That’s where people are now. They say, ‘Let’s go hire a data scientist or some statisticians. Let’s go hire some data engineers.’ And they find out everybody else is trying to hire the same people.”

The challenge is that for organizations taking D&A seriously, the right data talent is about far more than finding people to crunch data with off-the-shelf tools. According to KPMG’s report “Clarity on Data and Analytics: Data is More Than the New Oil,” data scientists also need to fully understand the business context — that is, how data insights can help spot new sources of value and imagine new products, services and business models. It requires “highly-educated professionals that are smart, collaborative, curious, social and creative.”

American Statistical Association President David R. Morganstein explains, “We’re entering an era of tremendous growth in the profession of statistics that is not unlike the growth of computing professionals in the 1960s and 1970s. At that time, software engineers and programmers were still relatively rare, but grew quickly and steadily as computing became something every large company needed to remain competitive. We’re seeing a similar trajectory in statistics. Advances in computing, technology and Big Data continue to raise the demand for statisticians.”

If CIOs can’t make an effective D&A play right away, they risk playing catch-up with their competitors down the line.

CFOs are starting to feel the talent crunch, too. In a recent CFO.com article, Josh Hyatt pointed out that CFOs may be hearing from every LOB, from marketing to operations, about hiring and training data-savvy analysts. “Finance executives need to know enough about Big Data’s challenges to serve as effective traffic cops, prioritizing the opportunities and communicating them with the IT function so as to keep that department from becoming paralyzed by all the pressure,” Hyatt said.

Working Together to Attract and Retain Data Talent

The CFO and CIO must partner up to attract and engage the data talent that can best meet the strategic business objectives of the organization. For one thing, data scientists need to have access to the leaders in C-suite, according to Eric Leininger, a clinical associate professor of executive education at the Kellogg School of Management, in a recent article. Without access to and input from senior management, he explains, data scientists might focus on the wrong problems: “It is crucial for data scientists to be able to engage senior management at three stages in any project: early on to help define the problem the company wants to solve; once early results start rolling in; and when it comes time for the project to be implemented across the business.”

Those executives also need to fully embrace and understand the potential of Big Data — which may mean the CIO and CFO coming together to seek common ground on these issues. For example, according to KPMG’s “View from the Top,” 85% of the top-performing CEOs surveyed said that applying financial data to achieve profitable growth is the greatest strategic value a CFO can bring to an organization — but the same study questioned their CFOs efforts to explore and implement these new technologies. The CIO and CFO need to work together to develop a clear strategy for data-driven investments — including the investment in data talent.

KPMG’s report, “Going Beyond the Data: Turning Insights into Value,” emphasized that executives need more than D&A plan — they need an execution strategy to “follow through on their D&A visions and reap the benefits from their D&A applications.” That means, the report explains, understanding the biggest issues facing the company. It requires understanding that insights don’t come from the data alone — but from analyzing the data and working across silos to map back to the issues.

When it comes to searching for the elusive data scientist, it is a “team game” — which the CIO and CFO need to play together.