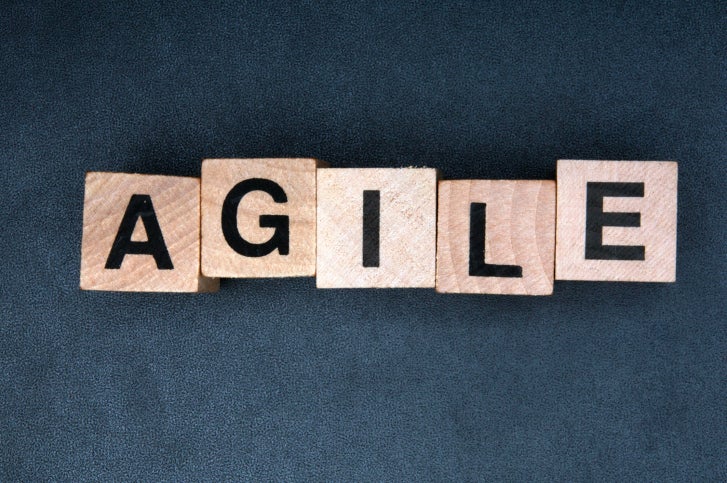 By now, CIOs should be aware of the many benefits of the agile methodology. But there’s a few persistent misconceptions that could be getting in the way of even greater outcomes. We asked experts to discuss the most common misconceptions they see organizations falling prey to when it comes to agile practices. Here’s what IT leaders are likely to misunderstand about effectively implementing the framework.

Understanding the relationship between the agile methodology and effective talent management is an area where many CIOs struggle, says Dave West, product owner at Scrum.org. Agile is more than just a set of processes and policies for defining workflows, and it takes more than just hiring technical talent with agile experience to succeed.

“Almost every organization says, ‘People are our greatest asset,’ but so many don’t follow through on it,” he says. “You need to have structures and policy in place to support education, progression, feedback, continuous improvement, yes, but your talent management strategy has to be agile and focus on different factors.”

Many times, CIOs don’t invest enough in implementing a sound talent enablement strategy with agile in mind, West says. “It’s crucial to make the investment in your people on the basis of their ability to work well in teams, to help others, to coach and mentor — agility isn’t all about process and frameworks, it is about the people being agile, not the policies you put in place. Ultimately, if you get great people you’re going to be more successful,” he says.

“I moderated a panel discussion at the Premier CIO Forum, and one question that seemed to stump the panelists was, ‘Tell me how you’ve adjusted your CapEx budget process to incorporate agile.’ The audience was far from being able to develop their CapEx budgets to accommodate the way agile works,” says John Doucette, vice president of consulting operations at custom software provider Magenic.

An agile transformation that doesn’t take every aspect of your organization into account isn’t going to be successful. To accelerate the entire software development lifecycle, an agile development approach must be driven by the capital budget, not the operating budget, to account for changing backlogs, says Doucette.

“It’s very difficult for CIOs to say, I need $25 million for my IT budget this year, and $15 million of that is backlog from application development. It’s great that so many are trying to do agile, but I see a lot of struggles with product and with budgeting like this, because it’s still being budgeted like a waterfall process. To really accelerate, they have to get into an agile approach, from the mainframe to legacy applications to current applications to new products,” says Doucette.

“I see it a lot: A CIO of a Fortune 500 company reads an article about Scrum or agile, they think it’s a great idea. Then, one of their IT managers is told, ‘Okay, great, go do this!’ so they call us, hire one of our trainers or coaches and they try and lead this transformation. That’s not agile. That’s not Scrum — having the edict come down from on high. That’s a knowledge gap and a resistance gap; they really don’t understand the principles and the practices have to go all the way through an organization,” says Manny Gonzalez, CEO of Scrum Alliance.

Part of that is driven by a lack of understanding about agile and Scrum’s importance at every level of an organization, and some is driven by fear of change and of becoming irrelevant, says Gonzalez. If a company moves to an agile mindset with self-organizing teams, greater team independence and a “flat” organizational structure, then do managers and executives become irrelevant?

“At the management level, they are fearful of what this means for their role and their responsibilities. They start to think, sometimes consciously, sometimes subconsciously, ‘Am I going to be out of a job? Am I making myself and my role irrelevant? The teams are managing themselves, but I don’t know how to change my management style,'” Gonzalez says.

This is an area where a coach, trainer or Scrum master can be extremely helpful in trying to address and quell that fear and uncertainty, Gonzalez says. The organizations that have been more successful with agile and Scrum are those that have managed and reduced fear and uncertainty within management ranks and worked hard to reimagine what role managers and executives have in the development process.

“There’s a misconception that agile and Scrum is going to be very simple … but it’s not easy. The principles and the tenets of the Agile Manifesto are straightforward and easy to understand, but difficult to integrate. It has to be a complete mindset shift in the way an entire organization, from the bottom to top, from executives to the entry-level developers, approach their careers, their jobs and their roles,” says Scrum.org’s West.

It’s more than just sending a few people to training, or getting a certification, or even hiring a coach or trainer to come in and drive transformation in the company, West says. It has to start with a shift in mindset away from traditional waterfall approaches and toward a completely different agile mindset of iteration and collaboration.

“Just because someone comes back from training doesn’t mean they’re going to come back and instantly the whole organization is going to be more efficient and effective. It takes time to both really understand the tenets of agile and Scrum, to apply them in the organization, and to grow the practice holistically. Eventually, you’ll get there, but holistically, it’s going to take a while,” West says.

While there may be a sense that leading organizations are abandoning agile in favor of other methodologies such as DevOps, that couldn’t be further from the truth, West says. Agile has matured enough that its impact is felt far beyond IT departments and software development teams, he adds.

“It’s not just a CIO’s problem anymore; it’s not just about software delivery. It’s also the CEO’s problem now, because it’s about the entire business being and becoming more agile,” West says. “Of course, software is today a greater share of most organizations — every company is an IT company, right? — and so the issues raised are spanning every part of an organization.”

That requires CIOs not only to think differently about agile processes, policies and practices, but to shift the language they use to talk about them, especially with other members of the C-suite, West says.

“Agile has escalated to the upper echelons of the executive suite, so it’s a CEO’s concern, as well,” he says. “CIOs have to think about how they are describing agility so that they’re bridging the gap between IT and technology and the business. So, CIOs should be talking about rapid feedback, design thinking, customer relationships, realignment of the entire organization to adapt to agile principles.”