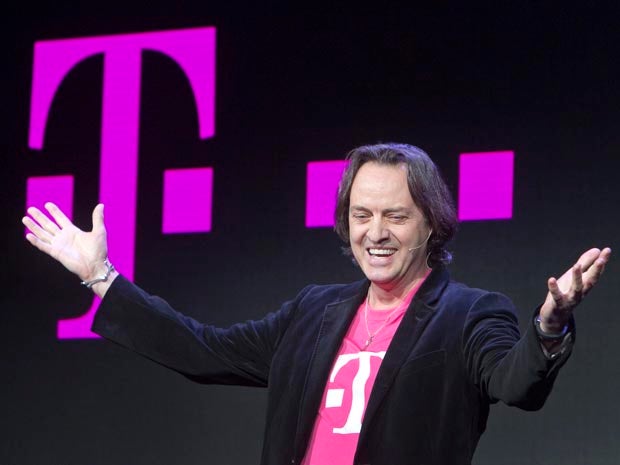 T-Mobile, historically better at making big talk than big money, is now doing both. On Tuesday, the “Uncarrier” announced a tidy first quarter 2016 profit that more than met Wall Street’s expectations. The company brought in $1 billion in cash from operations and earned $0.56 cents a share, compared to a loss of $0.09 per share during the same period last year.

That’s obviously great for T-Mobile shareholders, but it’s also good news for T-Mobile customers. The company shook up the wireless market with a number of trend-setting innovations, notably the end of the odious two-year contract, along with various price cuts and an easier upgrade process. Some analysts had worried that the company was spending too much money in attempts to lure new subscribers and suggested T-Mobile would have to cool it. The impressive first quarter profit should quiet those critics, though it’s possible, of course, that the great quarter was a blip.

The company’s turnaround can largely be attributed to a significant haul of new customers. T-Mobile added 2.2 million customers during the year’s first quarter, bringing its total subscriber base to 65.5 million. And 877,000 of the newbies are in the profitable post-paid category, which means they pay for T-Mobile’s regular phone service, as opposed to the company’s off-brand prepaid categories that drive less revenue.

Many of the customers who ported their numbers to T-Mobile from another carrier were AT&T defectors, according to CEO John Legere, who spoke during a conference call with analysts and reporters. Wireless carriers always suffer “churn,” or the movement of customers on and off their subscriber rolls, but this quarter T-Mobile was way ahead.

For every T-Mobile customer that defected to AT&T, 1.75 AT&T customers left for T-Mobile, according to the company. Verizon Wireless and Sprint also lost more customers to T-Mobile than they gained, but those ratios were lower. It’s hard to determine why exactly more people flocked to T-Mobile during the first quarter, but one likely guess is the company’s unique Binge On offering, which lets customers stream video without eating up their data allotments.