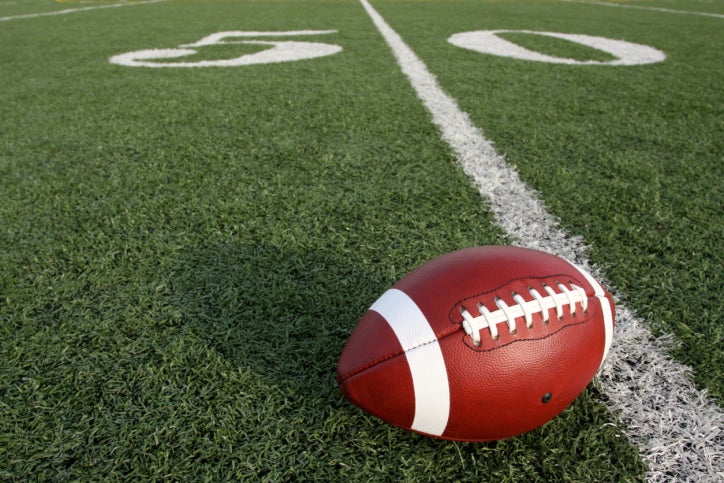 As with any timely investigation of predictive modeling, it’s important to ground ourselves in the immediate surroundings, including apropos examples that may be at hand.

For instance, the NFL draft (April 28-30) sparks the first football-related thoughts ahead of the 2016 season…while at the same time, the shift toward value-based care continues to keep hospital & health system financial performance top of mind.

Perhaps it’s best to examine them together. Let’s dive in!

Imagine you’re an NFL running back. Myriad factors will play a role in determining your success over the course of your career, some of which are inherently difficult to predict – but many of which can be quantified and forecast with a high degree of accuracy.

Is your team/head coach/offensive coordinator predominately focused on running rather than passing? That bodes well for your number of carries per game, which will potentially lead to higher total yardage over the course of the season…but, if taken to the extreme, it also means you’ll likely get worn out during games and may even be more susceptible to injury over the course of your career.

So: prior to negotiating their contract, NFL running backs (or their agents) could employ predictive modeling of the number of carries per game, weighted with the likelihood of success and risk of injury – a function of blocking prowess, plausibility of play-action, turf vs. grass, and of course likely ambient temperature for games played outdoors vs. those played in a dome.

With this information in hand, running backs could model potential contracts and clauses to determine the most beneficial permutation – and use this insight to negotiate far more granular contracts than they have in the past. They could ask (and answer) questions such as: Which would be more valuable – a per-game bonus, or an end-of-season bonus calculated on number of carries and total yardage?

What that tells us about healthcare

Of course, the more exciting application of this type of predictive modeling lies in healthcare – specifically what’s known as network contracting. Network contracting encompasses the highly granular and complex agreements between payers (insurance companies and government entities such as Medicare and Medicaid) and providers (physicians, hospitals, and health systems).

At one time, these agreements “simply” specified the amount paid for a given procedure, pharmaceutical, or piece of equipment. Simply is in quotation marks because even this straightforward form of fee-for-service (FFS) contracting covers tens of thousands of line items, and typically includes dozens if not hundreds of carve-outs and clauses that are ultimately driven by the provider’s and payer’s respective market-share and (thus) bargaining power.

Increasingly, however, providers are entering into shared-risk or value-based contracts with their payers. Medicare, for example, has a stated goal of transitioning 50% of all Medicare payments to some form of value-based reimbursement by 2018 – and commercial payers are rapidly following suit.

These new value-based models are completely upending the world of network contracting. Gone are the days of quibbling over individual line-items – now providers are being asked to a) report on their patients’ risk status b) reach agreement with their payers about risk-stratification/risk-scoring across their entire patient population and c) bill (and be reimbursed for) an episode of care or even an entire year’s worth of care based on that patient’s projected care needs and risk profile.

If the cost exceeds the amount the payer has allocated for that patient, the provider takes a loss. If they’re able to provide the necessary care and demonstrate high-quality clinical outcomes without spending the full amount allocated for that patient, the provider keeps the difference. (The idea being to incentivize high-quality care while containing costs…and de-incentivize unnecessary tests, procedures, and etc.)

Payers are well aware of their members’ risk profiles and probable care needs – after all, that’s what they do! More to the point, a large commercial payer (insurance company) has hundreds if not thousands of individual contracts they can analyze…meaning they are better positioned to know what structure/which clauses will work in their favor for a given provider or a given provider’s patient population.

Providers don’t have access to the same volume or variety of examples – and it has historically been difficult for hospitals or health systems to rapidly model the impact of new contracts or changes proposed during negotiations. The shift toward value-based care is exacerbating that challenge, as providers are now having to consider how potential changes in patient population (and risk profiles) would impact reimbursement…whereas before it was a comparatively straightforward proposition of fee-for-service.

These new layers of complexity, however, can be managed and indeed capitalized on through the application of healthcare data-mining and predictive modeling – resulting in not only stronger negotiating positions for hospitals and health systems, but also greater financial security and sustainability. What once took weeks or even months can now be accomplished in just a few minutes, which is a transformational change for contracting and finance professionals who are negotiating the details of payer contracts in real time, often with little if any wiggle room for either error or delay. If the proposed contract requires taking on a new or expanded patient population, the model can incorporate the increased (or decreased) risk and accurately forecast the impact on cost, utilization, and demand for services – further ensuring hospitals’ and health systems’ long-term success.

So while we may (or may not) see predictive modeling come to reshape contracts in the NFL, we are certain to see it transform how providers negotiate with their payers. And the result will be a far more level playing field.