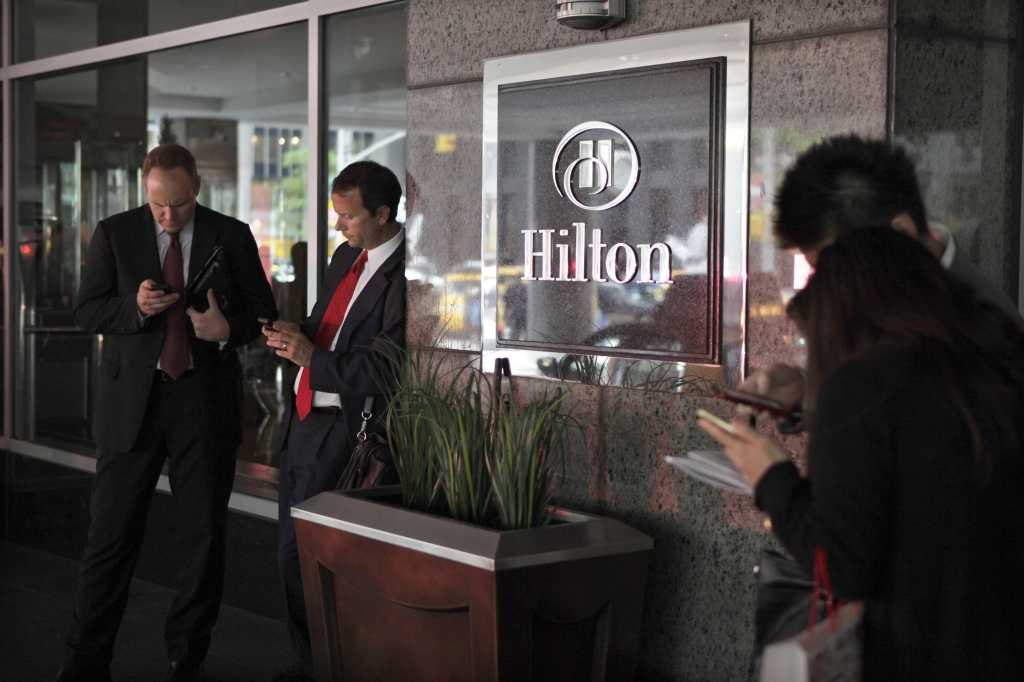 The modern travel experience involves much hassle and aggravation. There are endless security procedures, delayed flights and the discomfort of jet lag. After all that, who wants to stand in a long line waiting to check in at a hotel?

Hilton Worldwide is aiming to ease the hassle of travel with apps and Internet of Things (IoT) technology. The company’s approach emphasizes flexibility and convenience for guests.

Delivering flexibility and convenience by smartphone

With Hilton’s HHonors app, guests of the company’s hotels now have the ability to select their own rooms via their phones. It’s an important option for frequent travellers with clear preferences. In a 2014 Hilton survey, 84 percent of the business travelers polled said they wanted the ability to choose their own rooms. Guests have the option to select room type as well as specific rooms by room number. The latter option will be particularly significant for frequent travellers who have favorite rooms.

The HHonors app also includes digital room key functionality. An example of how the hospitality industry is using IoT technology, the feature will enable guests to use their smartphones to unlock their hotel room doors. Many U.S. hotels have deployed similar systems. Full implementation across all Hilton properties is expected by early 2018. The company has to equip more than 700,000 hotel room doors with Bluetooth technology before the system can go live companywide.

The new features seem to be popular with Hilton guests. “Since its relaunch in 2014, the Hilton HHonors app has been downloaded nearly 4 million times and has received the highest average Apple App Store customer rating of all hospitality apps,” says Virginia Suliman, vice president of digital design and development at Hilton.

Suliman says programs that add value for guests in that way are important. “We have to be delightful with the technology we deliver, as we are with the rest of our service,” she says.

Delivering customer-facing technology is a new focus for Hilton IT. “Historically, technology in the hospitality industry focused on delivering solutions to employees,” Suliman explains. “We are now delivering directly to our guests.”

According to Murphy, IT’s new focus is the result of a mandate from the top. “Our CEO and executive leadership have set a clear direction: We are going to be a leader in providing easy-to-use technology for guests,” he says. Top leadership support for new technology helps keep everyone at Hilton aligned and focused on delivering better systems, he adds.

Hilton guests have praised the company’s technology on Twitter over the past year.

Brian Ross, lead principal at the The Ross Group FT, a new media company, says he used the new technology during a stay at the Hilton Bonnet Creek Resort in Orlando. “I used the digital key after the front desk clerk alerted me to it. It was impressive. Not only did it open the door, but it also started to alert me that I was within range of my room,” he says. “The key worked 95% of the time. There was one point where my phone lost contact with the hotel system. I turned off my Wi-Fi, turned it back on, and I was in business with a working key.”

“The app also allows you to hide your room number, which is a well-thought-out feature,” Ross adds. “The ability to charge at bars, restaurants and shops on Hilton properties with the digital key would be the ‘final frontier’ for this app.”

In addition to reporting that it has received positive comments from several guests, Hilton says it has been responsive in addressing complaints and questions sent to its HiltonHHonors Twitter account.

Customizing the hotel experience at scale

Travellers often have two desires that are difficult to accommodate simultaneously: the familiar comfort of standard offerings and the flexibility provided by small operators. With improved technology, Hilton is managing to deliver better on both fronts. For example, “Arrivals Request, a feature on the HHonors app, enables our guests to pre-order select amenities — like extra pillows or a bottle of champagne — to be ready in their room prior to their arrival,” says Murphy. These requests are transmitted to the company’s property management system to ensure that hotel staffers fulfill follow through.

In-room entertainment and services is the next frontier for customization. “We have to recognize that data consumption is growing significantly due to the popularity of services such as Hulu and Netflix,” Murphy explains. “Increased demand for entertainment is a key driver for our Wi-Fi service.” Hilton’s bandwidth standards for guest rooms range between 3Mbps to 6Mbps, depending on the property. Hilton IT is making plans to significantly increase guest Wi-Fi bandwidth in the next few years.

Hilton’s strategy of using technology to improve the travel experience extends beyond the confines of its properties. In April 2016, the company announced that its HHonors app would be integrated with the Uber app. Now, Hilton guests will be able to use the HHonors app to request Uber rides. They will also be able to use the Uber app to view stay details of their Hilton reservations while riding in an Uber car on their way to the hotel.

The new system also includes tools called Ride Reminder and Local Scene, which have been used by more than 250,000 U.S. travellers to date. As its name implies, Ride Reminder allows users to to set travel reminders. Local Scene provides recommendations of restaurants and nightlife destinations to people visiting Atlanta, Nashville, Houston, New York and other cities. The recommendations are based on anonymized data from Uber users.

The phrase “end-to-end process” is common in IT, yet it’s rare for a system or project to fully deliver on that promise. The Uber-Hilton partnership shows that organizations need not build exhaustive systems that offer every capability imaginable — that it’s OK for partners to add value incrementally by sharing application programming interfaces (API) and cooperating in other ways. The deal also shows that a venerable Fortune 500 company and a disruptive startup can find common ground and offer valuable new products and services to their respective customers. That’s an idea that CIOs at large and small companies may want to explore further in their ongoing pursuit of innovation.