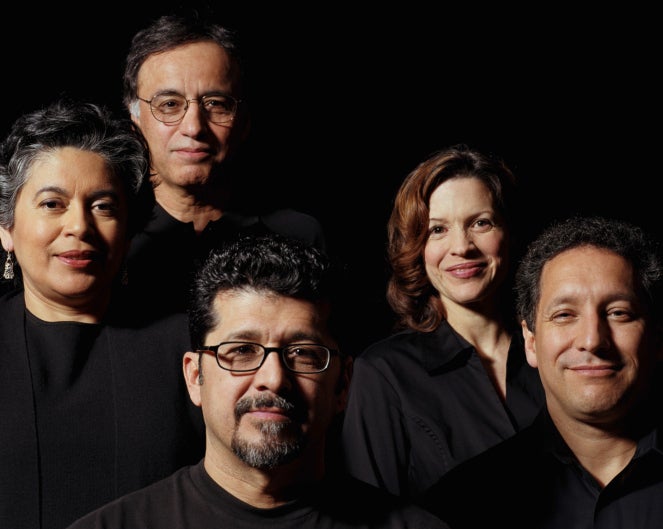 Remember that popular relationship book, “Men are from Mars, Women are from Venus,” which aimed to help couples communicate better by helping them understand the innate differences between the sexes?

As it turns out, the neuroscience explored in that book can help businesses create more gender balance in their ranks — not simply by upping the numbers of female hires or treating everyone the same in the hopes of eliminating bias. Rather, the practice, known as gender intelligence, applies gender science to highlight and create an appreciation for the natural differences between male and female attitudes and behaviors, according to Barbara Annis, founding partner of Gender Intelligence Group (GIG) and a pioneer behind this leadership style.

Annis, who’s been refining the practice for 27 years after a successful career as the first sales woman at Sony, was initially told she was too consensus driven and not assertive enough to make it in the electronics giant’s culture. Undeterred, she learned a new set of what she calls “alpha” tools — from using a booming voice to cracking the first joke—and went on to score more than a dozen sales awards, including a Sony MVP.

Despite her success, Annis says she didn’t feel true to herself, which led her on the journey to gender intelligence. “Gender intelligence really stands for gender differences because the sexes are hardwired differently,” Annis says. “The differences are actually what’s so powerful and can provide a huge competitive advantage.”

Women, Annis says, tend to be more collaborative, problem solve using divergent thinking, or viewing things within a larger context, and don’t step up for new opportunities unless they feel they have the bulk of experience required to the job. In contrast, men are more individually goal oriented, converge in on a specific problem for resolution, and will put their hat in the ring for a job if they think they have at least some of qualifications down. Women diffuse stress by talking through issues — a behavior that, according to the science, actually increases the oxytocin hormone allowing them to settle down, Annis says. Men, on the other hand de-stress by shutting down and spacing out — a behavior pattern that increases the levels of testosterone, Annis says.

Given the recent focus on gender diversity as a business mandate, a number of leading companies, including American Express, SAP, Ericsson and eBay, have turned to gender intelligence as one of the tools they are leveraging to create a more inclusive culture. But beyond that, gender intelligence is also an engine for delivering real business value, Annis says. “When you do it right, you save money, reduce employee turnover, and improve brand reputation,” she says.

[ Related: Is there or isn’t there a gender pay gap in tech? ]

SAP began experimenting with gender intelligence in 2011 after its board set a diversity target of increasing its women in leadership roles from 19 percent at the time to 25 percent by 2017, says Nicole McCabe, senior director, global diversity and inclusion at SAP. Various teams have gone through training with Annis’ GIG group and applied the concept to a number of processes—from recruiting to evaluating women as they moved into leadership roles.

On the recruiting side, for example, SAP now applies gender intelligence principles to its interview processes and job descriptions to make sure they account for women’s behaviors and styles, adds Janet Wood, SAP’s global head of talent and leadership and one of the executive sponsors for diversity inclusion. “There’s a lot more diversity overall and the easiest place to start with is gender,” Wood says. “It’s a journey we’ve embarked on and it’s raised an awareness among leaders around things they didn’t even know they were doing and that weren’t intentional.”

SAP is closing in on its target, having reached 23.2 percent of women in leadership roles, and McCabe says gender intelligence was an important first step and a precursor to adding unconscious bias into its training mix.

American Express is also building on its gender intelligence program to address unconscious bias in its management training, according to Caroline Sieber, vice president and human resource business partner for AmEx Technology, who says the focus has grown from bringing more women into the organization to making the company a more inclusive environment. “People make decisions every day and if you ask them if they have a bias, they say no,” she explains. “We want to help people understand that they do have bias whether they want to admit it or not.”

Talking about management concepts and putting them into action takes work, but Sieber says American Express is making headway by driving awareness and giving managers the tools and questions to ask to ensure they’re not operating with gender or unconscious bias as part of their decision-making process.

Ericsson Inc. is just starting out on the gender intelligence journey as part of a global initiative, announced by the CEO, to hit a target of 30 percent women by 2020, says Johan Bjorklund, vice president and general manager for the company and the executive sponsor for the program in North America. While gender diversity has been on the table for years, the company has become much more serious about the issue, Bjorklund says. “Even though we’ve talked about it in the past, it’s been more talk and very little action,” he explains. “Now it’s being driven down into the organization and into the business, and awareness is at a level where it’s not been in the past.”

Bjorklund heard Annis speak at conference and invited her to Ericsson’s semi-annual meeting. While the official gender intelligence program hasn’t yet been launched, Ericsson is evaluating how to incorporate principles of the practice into areas of its training, he says.

In the interim, the real challenge to confronting gender bias issues is in changing corporate cultures — no small feat for a company of Ericsson’s size, Bjorklund says. “Everyone knows this is the right thing to do inherently,” he says. “Yet getting people to think differently, and actively driving them towards making change is always very difficult in any organization–especially when you have thousands of people.”