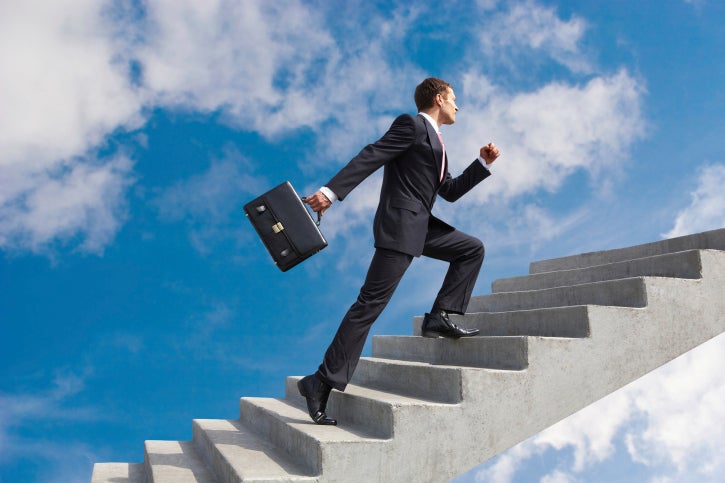 EMC Chairman and CEO Joe Tucci is stepping down. Tucci said his goodbyes at this year’s EMC World [Disclosure: EMC is a client of the author]. He leaves his job as a success, assuring the firm will survive his departure (a best practice). However, we are surrounded by so many CEOs who are in trouble that I thought it would be good to explain what I think makes for a successful CEO in the hope we get more like Joe.

There is very little good CEO training out there. The best have learned by running a successful startup, while many of the failures seem to come from other senior jobs where they weren’t adequately mentored to understand what makes the CEO job really different.

I think there are 15 elements to a successful CEO:

1. CEOs aren’t kings or queens. This is one of the most common misperceptions of the CEO job. The perception that they are somehow all powerful and able to wave their scepters and magically solve problems. This is widely held by rank-and-file employees, and the fact it is untrue is often a huge surprise to new CEOs. Yes, they do have an unusual amount of power, but, and this is particularly true of public firms, they are surrounded by regulations that define what they do and they are offset by the CFO and board who collectively have more power. They run someone else’s company not their own and if they forget this they’ll likely find both investors and customer to be unforgiving.

2. Loyalty is their most powerful tool. CEOs aren’t independent contributors. They depend on their folks to do what they ask of them and to have their backs. Loyalty isn’t unilateral, if they aren’t loyal to their people their people won’t be loyal to them. The best CEOs are often defined by the fact that their people would do anything for them voluntarily. The worst CEOs are defined by employees who throw celebrations when they leave. Good CEOs must realize that part of being loyal to your employees means taking care of them when you leave, that means both assuring the firm is in good hands, not being worried your successor will outshine you, and if the departure puts one of your folks at risk making sure that risk is mitigated.

3. Salary and possessions don’t define success. A lot of CEOs seem to think the important parts of success in the job are big expensive cars, big expensive houses, private jets and near royal treatment. This focus on stuff often sets a foundation for failure because each of these things has to be managed, creates distractions, and creates an “I’m better than you” atmosphere that alienates employees, investors and customers. The best CEOs live relatively modestly and they are defined by what they do not the houses, yachts, cars or even islands they own.

5. Understanding the market that the firm operates in. This is almost more important than understanding the products because this defines the competitive dynamics, who is winning and why, and what works and what doesn’t.

7. Know all the business fundamentals well enough to know what questions to ask. The fundamentals are finance/accounting, manufacturing, operations (including IT and HR), marketing and sales. A lack of basic understanding in any of these has led to some of the most damaging decisions I’ve ever seen, such as eliminating commissions, or cutting demand generation spending.

8. Be data-driven and make sure that data isn’t compromised. One of the most common mistakes CEOs make is to surround themselves with people who tell them what they want to hear rather than assuring unbiased information streams that tell them what they need to know. Uncompromised data is critical to making good decisions and this needs to be an absolute rule aggressively enforced.

10. Understand collateral cost. This is cost of doing something not directly related to the effort. For instance, the cost of entering the smartphone market for Google was the loss of the Apple board seat and a war with their one-time mentor and strongest supporter. Steve Jobs went from mentor to the Google founders to mortal enemy who wanted to kill Google.

11. Realize layoffs are an indicator of failure and that people aren’t numbers on spreadsheets. Layoffs are the result of some mistake and can badly damage a firm’s ability to execute severing relationships and sending key employees to competitors. Gateway was critically hurt when a laid-off employee ended up as a buyer at their largest customer and stopped buying Gateway products.

12. Don’t lie about your credentials.   There is a long list of ex-CEOs who are ex-CEOs because they, at one time, lied about where they went to school or what degree they ended up with. In a world of massive data access tools, keeping a secret like this is impossible so don’t do it. I saw one executive get fired by taking another executive to meet his friends and one friend, not realizing who the guy was, said something to the effect “can you imagine how stupid some people are. Bill here convinced his firm he went to Harvard, and he didn’t even go to college!”

13. This job isn’t about making you famous. I’ve seen CEOs put themselves onto TV shows (that failed), CEOs that took nude shots on horses, and CEOs that seemed to think that what they did off the job was no one else’s business (one guy actually chased pizza delivery boys with a tank, a real tank, he had bought). You are the face of the company, you are always on stage, if you become the story and the story is anything but the fact you are a great CEO that is a bad thing. By the way, this suggests that if you are bad at impulse control and not Donald Trump; you likely should stay off social media.

14. You can’t do it all yourself. Understand your weaknesses and hire people to balance that. Put these folks on your executive staff and put them on your board to make sure your weaknesses are mitigated by their skills. Avoid hiring lots of superstars because they generally don’t work well with others. You want folks that will see you as the leader, will have your back, and will know how best to do what you don’t. You need diversity in skills and capabilities, but consistency in loyalty, cooperation/collaboration, in ethics and in key priorities. You want to build a team that is loyal to you and the company, and that can be far more than the sum of the parts. Of all of this, knowing how to do this is likely the most important part.

15. Finding a good mentor is crucial to CEO success

People often have a great deal of trouble pivoting from what they used to do into the job of CEO. Behaviors like self-promotion that worked so well when they came up through their organizations can assure their failure as CEO. The salary in and of itself can become a massive distraction if it results in the accumulation of a lot of stuff that ultimately becomes a distraction.

For a new CEO in particular, finding someone qualified to mentor them and isn’t afraid to provide critical but necessary advice is perhaps the most important forgotten step in this process.

Understanding that you don’t have to do this alone, but that these elements aren’t multiple choice and that you have to cover all of them will likely make the difference between whether the new CEO is a success or failure.

[ Related: Why happiness beats money when choosing a tech career ]

Being a CEO isn’t for everyone. My old friend Steve Ballmer went from being a happy fun guy to being defined by his nearly constant anger when he took that job. With public companies, the stress and requirements on a CEO likely shorten the lives of folks who can’t handle this stress significantly.

Finally, and one last rule, maintain perspective over your work and home life. Often CEOs are defined not only by the jobs they have but by how screwed up their children are and kids that either grow up really messed up or hating them (often both) and end their days being faced with regrets over bad priorities. If the choice is between being a CEO and your family, then you shouldn’t become a CEO.

Here is a thought, with Joe stepping down from EMC he’d likely make one hell of mentor for a new CEO trying to emulate his success.   Just saying…