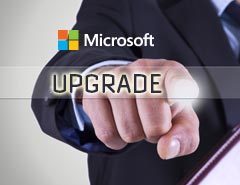 If migrating from Exchange 2003,you need to be aware of these key considerations when planning and implementing an Exchange migration.

If you already made the transition and are running Exchange 2007, the move is a little easier because there is an indefinite period of time where Exchange 2007 and Exchange 2013 will coexist within the organization. Begin with deploying Exchange 2013 as a new environment. Work through configurations for certificates, virtual directories, and address books, and then move client access and folders. After you’ve completed all migrations, you can decommission Exchange 2007.

Still, you want to keep these concerns in mind:

Remember what I said before – Exchange 2013 and Microsoft Office 365 are incredibly easy to use, and getting there from Exchange 2003 can be difficult, but manageable.  Give us a call, hope my insight helped simplify your migration process, or at least get you started.