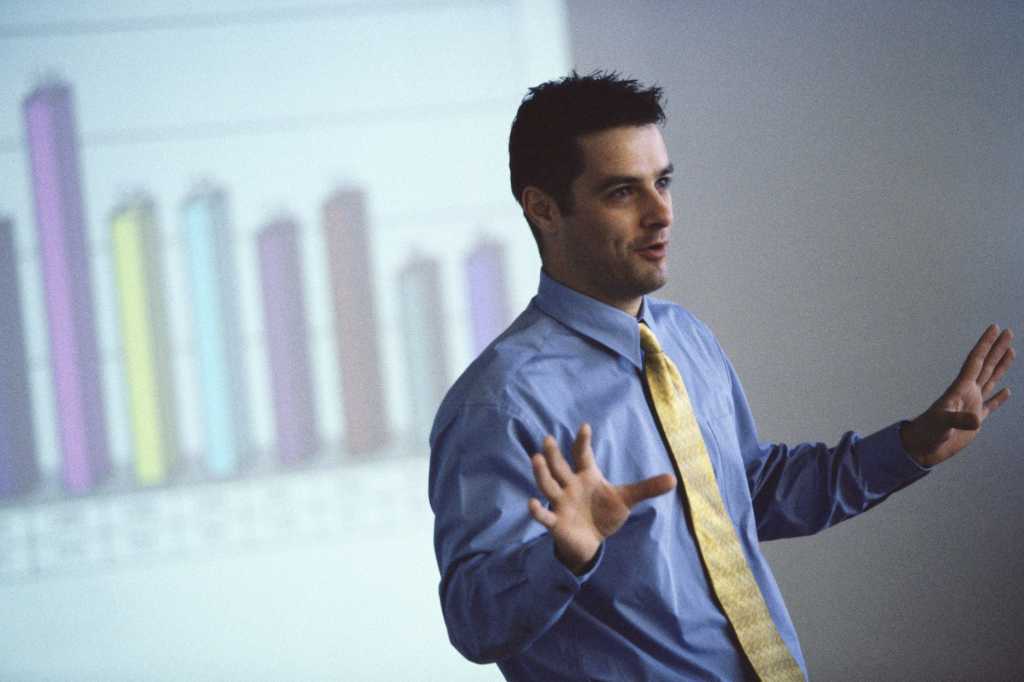 Analysts are an odd group. Many of us make our money providing advice to both sides of the sales cycle, helping vendors pitch their products better and, more importantly, helping them build better products.

There are also three classes of analyst you are likely to talk to.

Financial analysts that are mostly focused on how you will perform on a P&L during the next two quarters.

Numbers industry analysts who sell market share projections and want to know both how much you are selling and how much you will sell.

IT industry analysts who primarily provide advice to corporate IT buyers.

There is actually a fourth class we’ll call “other,” which has come into being largely as a result of an analyst in the first two groups outgrowing their firm and finding a unique niche to live in as an independent. I fall into that class but I’ve acquired experience in the other three.

Much of what I’m going to share will refer to industry analysts, but I’ll provide some financial analyst advice as well.

1. Get to the point fast

Back when I was at Dataquest a study of analysts concluded that if you hadn’t gotten the analyst’s attention in the first 15 minutes you lost them for the entire 1-hour pitch. Be aware this was before the wonders of email, instant messaging, texting and social media which, I think, shortens this window significantly.

We all have a lot more distractions than we had in the past and if you don’t capture out interest right off it is likely our time with you will be spent either doing email or thinking about doing email.   By the way, I believe this applies to a large number of reporters as well because they have many of the same distractions.

To get our attention you need to know what interests us. In terms of the classes of analysts, as you would expect, each is laser-focused on their primary audience so crafting a pitch that is full of pertinent and interesting facts is really important. True for everyone, but especially for those of us in the fourth class, you need to have a sense for what gets us excited. Unfortunately, for each of us that can be very different and even more unfortunate is our class is typically more media savvy and tends to be a far better press reference. So more work, but also, more benefit if you catch our interest.

Generally, these are why, what and how.   Why you created the solution or product (what drove the decision and tie this to some form of valid customer need(s), what the solution is and how it meets those needs (with as many named references as possible validating this), and how you are going to be successful in the market. By the way, this last, is often incredibly weak, almost as if no one thought of or budgeted what it would take to actually build demand for the offering. I was once presented a product that cost $20 million to build and no work was done to see if anyone wanted to buy it, it turned out there were no buyers.

These are founding successive elements. The “why” has to be supported by some trusted fact because if we don’t buy it the solution doesn’t have a foundation to stand on and it will collapse. The “what” needs to directly build on the why and we need to agree to that connection otherwise we won’t buy the argument. And, finally, the how needs to fit within the framework we have of the buyer and your own resources otherwise we will likely conclude this offering will be a failure, and if this is a major firm or influencer, our coverage could effectively kill your product.

The more the analyst is talking the more they are engaged in the presentation. If the analyst is doing a lot of talking they are engaged, if they are just listening and making generic comments or grunts, you have probably lost them. The more you can get them to talk and engage the more chance they’ll leave with either a position favorable to you or, if they are negative, the better you will be setting up a defense.   But if you find yourself halfway through a presentation and the analyst is only nodding or making generic grunts, stop and ask them their opinion on some interesting part of the solution or what they would do with it to pull them back in.

4. Break up the pitch with appropriate demonstrations

Don’t mix up analysts with buyers or users unless this is a consumer offering or they are likely to use your product themselves as part of their job. If it is the latter then try to turn them into a believer/advocate for the product and both leave them with it, and follow up to make sure they installed and used it.

For most, however, it is far better to showcase users raving about the product and telling stories about what critical problem(s) it fixed.   If you are going to show how a product is used to an analyst who isn’t a user, (and trust me most of us haven’t actually run an IT product ever), you have to showcase what makes it better than either the competition or the prior version of the product otherwise we don’t have the necessary context. Better is a viable user who can speak to what makes the product better than anything else they have used before. But, without context, unless the analyst actually has hands on experience, the user interface demonstration is wasted time.

At the end of the presentation you need to ask three questions. What were the analyst’s conclusions? If they hated the product or presentation you’ll have some recovery to do and you sure don’t want to use them as a press reference. What would they have done better/differently? And, are there any follow up questions the analyst has?

Before the announcement call, ask the impression question again and send a cheat sheet highlighting what they said their big takeaways were if you are going to use them as a press reference. That way they are more likely to say what they said after the pitch (we get a lot of pitches and it is really easy to forget what was learned or to mix up presentations) far easier to get this right the first time than to fix a flub.

I’ve seen a lot of folks avoid asking these questions because they are afraid of the answers, but better to get them off-the-record than to explain to a manager why they are in ink after the fact.

Part of what makes a good analyst or public relations rep better is their ability to build relationships.   Not only does this help understand what the analyst likes, but it makes it far harder for the analyst to go negative (we really don’t like getting people we like in trouble).

Now one of the secret values of an analyst is that if you have a product, strategy or plan you know sucks, but no one is listening to you, they will listen to the analyst and giving them a heads up quietly about your concerns can get an offering killed that would otherwise fail in market. Executives often kind of know that what the firm is planning on doing is stupid but they think they are the only one and don’t want to risk being wrong. It’s kind of an emperor’s new clothes kind of thing, but we are pretty good at pointing out what should be obvious mistakes.

Used right we can be one hell of an asset, used wrong an equally powerful liability because we are force multipliers. So my last piece of advice: Before you go to analysts in general, find one you trust and use them to message test.   Some of us not only message test, but will formally review a product before it is released and in confidence so you can either make adjustments to the pitch and product packet or hold back the product before it belly flops in market.

Think of us as one-person focus groups.   Anyway let me know if you found this useful and have a great weekend.