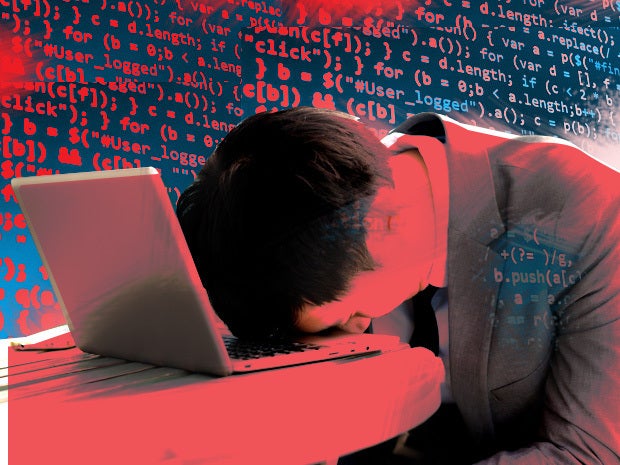 “Now is the winter of our discontent made glorious summer”

Well, it might have worked for William Shakespeare, but it’s never going to work for those who manage IT people. The winter of discontent caused by having to assign performance ratings to people in conformance to a bell curve has faded, but another winter is never far away when it comes to the bell curve blues. Here’s the kind of thing I’m talking about:

“All twenty of my team are high performers; why does HR get mad at me when I say that?”

“Why do we have to spend so much time in meetings about performance ratings?”

“The rules didn’t let my manager rate me as outstanding. HR only allows one of those per team.”

“We have a target setting and assessment process. Surely we can trust managers to decide whether someone has performed or over-performed against targets?”

The simplest solution is very simple: get rid of performance related pay. That way there’s little point in rating performance. Just make sure managers meet with all team members, talk about how things are going, thank them for their work, talk about development, careers, etc. … all motivational, useful and rarely a problem.

You might shy away from making everyone’s pay equal. Traditionally, employers who didn’t pay for performance had pay scales that paid for experience. That is still used by some. And those companies don’t have to rate performance or bother with bell curves.

Many companies reading this will want to keep performance related pay, but don’t worry: you can do that without rating performance. Many investment banks did so for years and suffered no harm. If you choose this option, though, take care because some such banks did suffer harm. They were sued successfully for discrimination by employees who felt their bonuses were unfair. Part of their problem: they had no processes designed to eliminate bias and discrimination. So even if you don’t have performance ratings or the associated bell curves, it is still sensible to have a process that compares bonuses within teams and clarifies why some people get more and others get less. That way, you will have a good defense against discrimination cases. The cautious might also compare bonuses paid in different teams, in case one that was (for example) staffed mainly by women was being unfairly treated. And of course CEOs may want to check up on business units: if the production team tanked while the support team had a great year, bonus payouts should reflect that.

Any reader with a brain will see where this logic is taking us. Towards something even worse than comparing performance ratings: towards comparing pay and bonus distributions more or less across the company. Ratings are only pitched at one of four or five levels but under this system the “ratings” (i.e. bonuses) are pitched across an unpredictable but huge number of levels, making bonus comparison bell curves your worst spreadsheet nightmare. That’s why many investment banks, realizing ten years ago that they had to have some rigor when finalizing bonuses, instantly introduced the hated performance ratings and bell curves.

The problem is that performance related pay always involves telling people how good their performance is — in very precise dollar terms. And that inevitably takes employers onto tricky mathematical and legal ground. The performance rating bell curve is a problematic but workable way of avoiding the furthest extremes of spreadsheet agony.

There’s an exception. Small companies whose CEOs know everyone and sign off all the bonuses don’t need these processes. Their CEOs should have no trouble justifying across a desk or in court why a particular bonus was fair. Performance ratings or comparisons are only justifiable in bigger companies that use performance-related pay.

So what’s the real problem?

Many issues arise through expecting compliance to be too rigid or unhelpfully expressed. It is much better to say: “Given how we rate performance generally, on average only one in a hundred teams of this size can be expected to have four outstanding performers,” than to say “Joe, you just can’t rate four of your five people as ‘outstanding.’”

There are process issues, too. Many companies structure and facilitate leveling meetings very badly. I have been present at many leveling meetings. None has deserved the savage criticism some other companies’ meetings attract. Is it time to sharpen up your processes?

Managers need to be communicated with better. HR managers tell me that many IT managers hate discriminating between employees and want to rate and pay everyone the same. But others want to lavish praise and money on just a few favorites. Those guys all need to understand and accept that their employer is not going to let them spend serious slugs of company money in any old way they fancy. And they must understand that the job of a professional manager involves defending, with employees, team decisions made in leveling meetings. Even if you don’t wholly agree with them.

So what about the companies that have dispensed with performance comparisons?

“we can create genuinely new approaches to pay, pay without appraisal, and pay systems that better serve our interests in maintaining a highly motivated workforce. All of this does not culminate in a prescriptive answer on what to do about pay.”

So we don’t like performance appraisal but we can’t propose specific better solutions on pay. Yet.

Lots of recent examples illustrate that this search goes on. So far, none seems to have exposed a flaw in the logic outlined above. Some of the most ingenious examples come with their own problems. Continual collection of performance data and colleagues’ input, a kind of two-way TripAdvisor for work colleagues, is an invitation to workers to work less and spend more time playing the system.

One of the better examples is the Deloitte case study, which shows a radical break from past practice. But down in the details comes the statement that the final decisions on pay will be reached:

“either by a leader who knows each individual personally or by a group of leaders looking at an entire segment of our practice and at many data points in parallel.”

In short, be radical. By all means change how you rate and pay people. But you have a duty to your people and shareholders to be a fair employer and if you say you pay for performance that means comparisons between people and teams.

So instead of moaning about bell curves either drop performance related pay or make performance appraisal and comparison work. That means improving appraisal, comparison and leveling processes, better communications about what is expected and why. And dealing with managers who undermine the broader team’s efforts by avoiding their responsibility as professional managers.