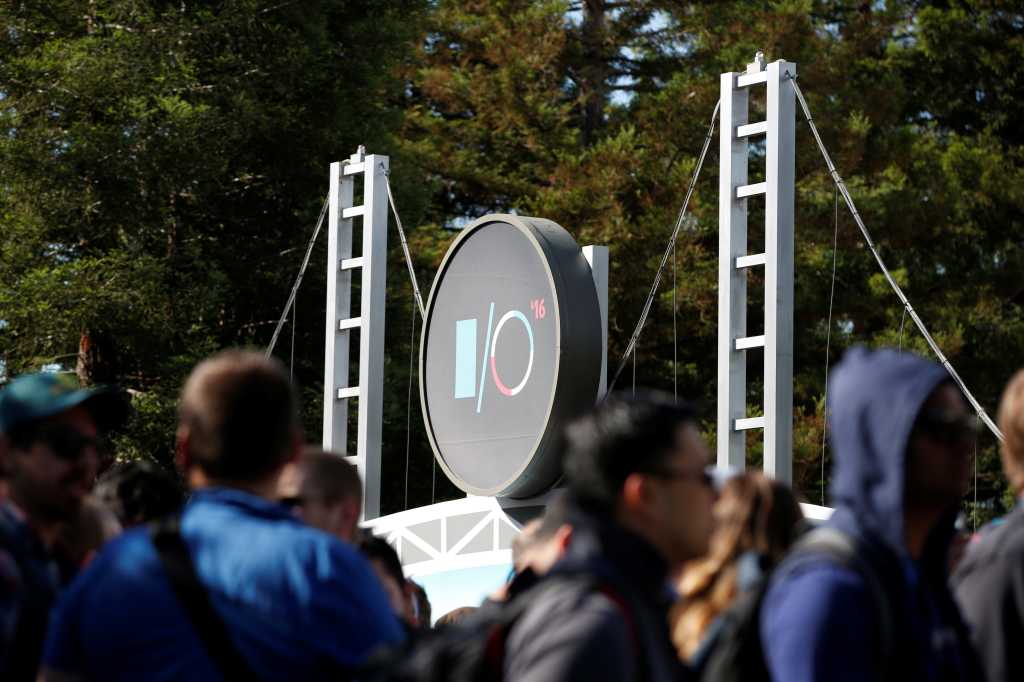 MOUNTAIN VIEW, Calif. — Google this week made a concerted effort to highlight its growing presence in enterprise at its annual Google I/O developer conference. The company announced new development APIs for its Sheets, Slides and Classroom apps. It also unveiled a major update to its backend-as-a-service platform Firebase, a custom chipset for machine learning, and an API partner ecosystem with Salesforce, SAP and others.

“What’s happening with the cloud is all of a sudden we’re enabling developers to build these powerful apps without having to know so much about everything else,” said Diane Greene, senior vice president of Google Cloud, during an I/O media event. “This is a major revolution, this move to the cloud. It’s the biggest revolution in my lifetime in IT.”

Google’s top business executives met with members of the media to share details about the company’s long-term commitment to enterprise through new investment, innovation and a broadening partnership portfolio. “We’re here to stay,” Greene said. “We’re serious about the enterprise.”

Greene and others also zeroed in on the massive opportunity the enterprise market represents. “The IT industry is over a trillion dollar industry and we’re going to be able to support a huge portion of [it] with Google Cloud,” Greene said. “It looks like a big opportunity for Google, and one that really maximizes our strengths in data centers, infrastructure, automation, security, managing data, and getting insights from data.”

Rajen Sheth, director of product management for Android, Chrome for Work and Education, said Google also sees significant growth potential in enterprise devices. Roughly 3.2 billion people compose the global workforce today, but businesses own or manage only 750 million PCs and 250 million smartphones, according to Sheth. Enterprises and academic organizations both want to provide or offer additional productivity devices to their employees, he says.

Roughly 10 million students and teachers use Google Classroom, the company’s suite for academia, and more than half of all devices sold to U.S. schools in 2015 were Chromebooks, according to Google. Urz Holzle, senior vice president of technical infrastructure at Google, called the Chromebook platform “the most secure desktop environment you can have today.”

Long road ahead for Google in business

Despite the company’s momentum in education and enterprise of late, Google still has a lot of work to do to if it wants to really own the markets, according to Jeffrey Hammond, a vice president and principal analyst with Forrester Research. “Building up a sales and enablement channel, creating appeal for developers, and tapping into the successes of the consumer-facing Android (ecosystem) are all opportunities that haven’t yet been fully realized,” he says.

Google’s biggest weakness today is a lack of customer engagement and support, according to Hammond. “Other direct channel players from the consumer space have discovered that using partners and self-provisioning is not always sufficient to meet the need of these buyers,” he says. “Google seems to still be learning that lesson.”

Google’s enterprise team seems acutely aware of the importance of developer input. It also aims to reduce friction in the development process, according to Holzle. “We’re going through a transition where enterprise applications can become really sexy, if you want, really functional without doing the heavy lifting yourself,” Holzle says.