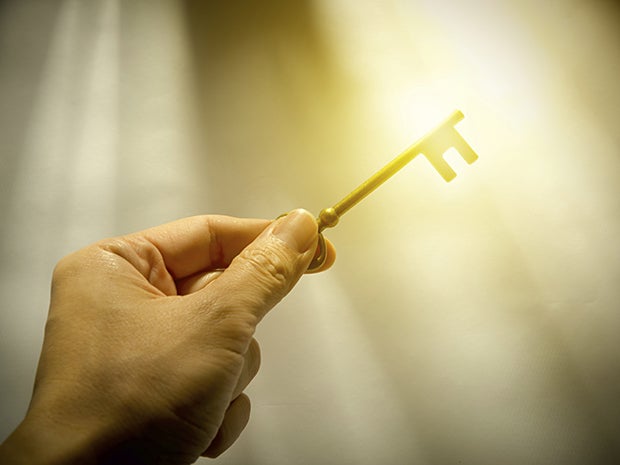 I recently met with a major player in the Internet of Things (IoT) space, and the company is incredibly frustrated with how developments are evolving. They pointed out the promise of the IoT but said it’s not evolving much beyond the use case of predictive maintenance. It seems people are In Denial (ID). Why aren’t use cases and revenue opportunities in the IoT exploding? I believe the hindrance is the same as it is when trying to drive change through any new technology: the change is cross-functional.

The fact that it’s not evolving much beyond predictive maintenance types of use cases is frustrating to any CIO looking for the next big thing in technology-enabled competitive advantages.

It’s also frustrating for service providers or system integrators hoping to find a new source of growth. And it’s extremely frustrating to technologies companies developing the chips, security and platforms that the IoT relies on. I’ve blogged in the past about the growth not happening and the stories of its success being greatly exaggerated. Why don’t companies stop being in denial (idIoTs) about the promises?

Companies that want to make progress in the digital world must recognize that it’s a cross-functional change issue. Most of the areas where companies have had success in IoT initiatives were inside a specific functional area such as maintenance. That’s why predictive maintenance works — the initiative only has to indulge the maintenance folks. Of course, it also works with startups like Uber. But for the most part, initiatives have been defeated in enterprises because they are cross-functional in nature; and leading change across functions enterprise wide is really difficult, whether it’s for an IoT, cloud, analytics or other digital initiative.

You’d think that with the power of technology we would have completely transformed the after-service market. But we haven’t. When you look at the technology and what it’s capable of, we should have re-engineered that and brought a very lucrative and better customer experience.

And why haven’t we integrated the IoT with healthcare? Yes, regulations are part of the issue. Mostly it’s because of how healthcare organizations perceive their role.

How to drive cross-functional change

So let’s go back to the drawing board and understand how to drive cross-functional change. It starts with a strategic intent that has to be deeply and widely syndicated among the senior stakeholders. They have to understand the vision and the benefits, and they have to commit to doing what is necessary to get there. That commitment may include challenging existing organizational boundaries as well as existing policies and processes. If they’re not prepared to do that, the outcome will be a failed initiative.

Funding investments across cross functions is very difficult, and the capital allocation process tends to get in the way of driving change. The implications of that change are collaboration or integration of functions, and most functions are clearly resistant to this type of change.

But when cross-functional change happens, it can be incredibly powerful and incredibly disruptive to markets.

So often I hear people blame technology for failed initiatives. The reality is it’s absurd to believe that a small technology change reaps a big impact. That’s like adding a small pinch of IoT fairy dust to an existing process and thinking it will create new markets or facilitate taking share in existing markets. It hasn’t happened, and it won’t happen. That doesn’t mean that the technology and capability aren’t potentially disruptive. It just means that the technology and tools in the market today aren’t the culprit for failed initiatives.