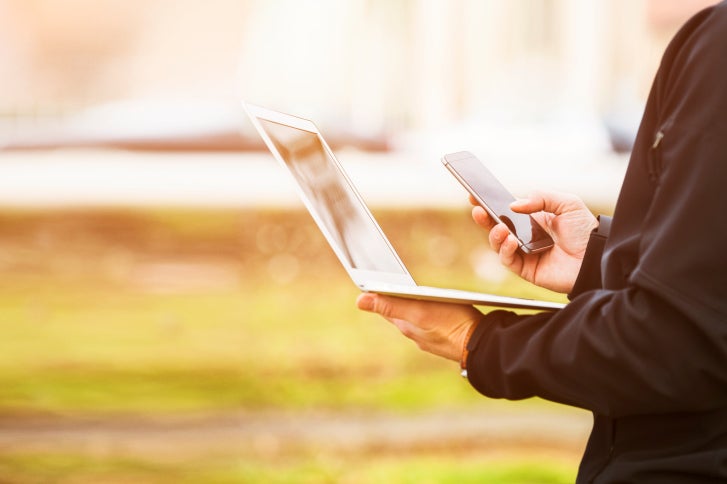 At an event at the American Museum of Natural History in New York City yesterday, MongoDB — creator of the popular NoSQL database of the same name — unveiled a new iOS app for MongoDB University to help developers learn MongoDB on the go.

“This is a new application for smart devices that is a reflection of the reality today that professionals have busy careers,” says Kelly Stirman, vice president of Strategy and Product Marketing at MongoDB. “Ongoing education and learning is important, but for most people the opportunity to do that is not during typical business hours. For most folks, the real opportunity to that is on the go, often in contexts where they don’t have Internet connectivity.”

Learning on the move

A subway ride or business flight, those in-between moments, that’s when this sort of learning gets done, Stirman says. To reflect that, the new app, available for free for both iPhone and iPad, allows students to stream content, but also to download it and access it offline. Content available through the app includes course videos and quizzes that prepare the user for MongoDB certification exams.

“The idea of the office is changing,” Andrew Erlichson, vice president of Engineering at MongoDB, said in a statement yesterday. “Developers are working not only in well-connected central locations, but also while in transit — on trains, planes and buses — where connectivity is sometimes sporadic or expensive. The availability of a MongoDB University mobile app enables developers to take courses and learn how to develop on MongoDB wherever they are.”

Stirman notes that the app syncs with students’ existing MongoDB University accounts, allowing them to move seamlessly between mobile and web throughout the course. The app also allows users the capability to mark lessons and quizzes for later review.

The app comes at a time when use cases for document stores like MongoDB, which favor JSON-like documents with dynamic schemas over the table-based structure of traditional relational databases, are exploding across the enterprise. At the event yesterday afternoon, MongoDB shared a number of customer stories, including the stories of social experience management software expert Sprinklr and retailer Urban Outfitters (which owns the Anthropologie, BHLDN, Free People, Terrain and Urban Outfitters brands).

New York-based Sprinklr, which boasts 40 percent of the Fortune 50 and four of the top five U.S. banks as customers, has built its platform on MongoDB. Sprinklr pulls data from more than 20 channels — Facebook posts, tweets, YouTube uploads and more — and then provides analytics on that data to help its customers understand and engage with their consumers.

“In the age of always-connected and empowered consumers, we’re building an entirely new class of enterprise software that was designed from the ground up to solve a challenge that on one has ever faced,” says Murali Swaminathan, executive vice president, Client Success and Engineering at Sprinklr. “We deal with petabytes of social data and operate at a global scale on behalf of the world’s most respected brands. Working with MongoDB, we’ve been able to consistently take on and overcome the new and highly complex engineering hurdles necessary to meet the rapidly evolving needs of customers.”

Urban Outfitters a fit for MongoDB

Meanwhile, Urban Outfitters has made MongoDB a key component of its omnichannel marketing strategy to support initiatives ranging from in-store pickup and personalization to building a seamless customer strategy.

By using MongoDB as the foundation of its ecommerce platform, Stirman says Urban Outfitters can now design and release innovative apps that can support and enhance the experience of customers whether they are on their smart phones, at their desktops or browsing a catalog in a store.