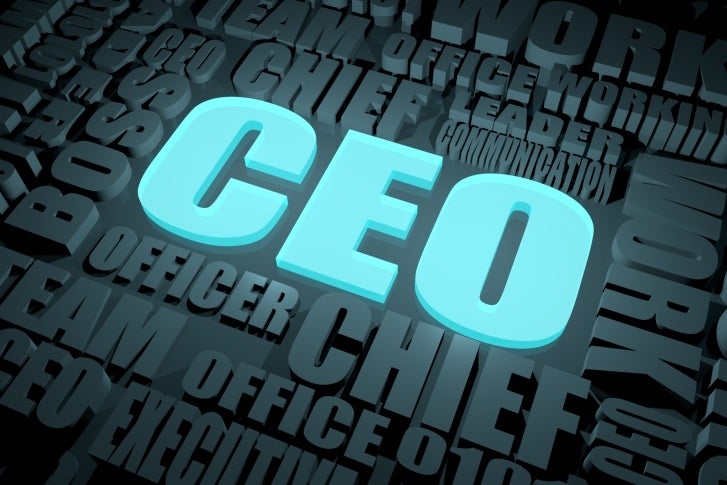 It’s well-established that some CIOs are ceding control of certain IT assets, as CMOs and other executives purchase technologies to accelerate growth. But CEOs running companies conducting digital transformations are also spending more on technology that drives innovation, according to new research from PwC. For CIOs, that means working with all of their fellow C-suite stakeholders to demonstrate their value to the business. Those who don’t risk marginalization.

Some 73 percent of 2,000 business and IT executives PwC surveyed say that CEOs are taking more active roles in the pursuit of digital technologies intended to help grow their businesses, a significant increase over the 57 percent who indicated that their CEO was in the digital driver’s seat in 2013. What’s happening? Digital disruption is driving changes across corporate cultures – changes that affect the employees, process and technologies for which CEOs are responsible. That makes chief executives natural candidates to lead digital transformations, says Matt Egol, partner at PwC and chief strategy officer with PwC Digital Services.

[ Related: Retail CIOs become heroes with the help of CMOs ]

“You can’t drive the transformation across culture, capabilities and customer experience in a coordinated and coherent way without the CEO leading the charge, Egol says.

Several factors at play here are greasing the wheels for CEOs to insert themselves in the IT discussion. Companies are generating massive amounts of content and data, via such touchpoints as applications, beacons and other gadgets intended to deliver consumers personalized experiences. CEOs, recognizing that technology is a strategic asset they must nurture to accelerate growth, support this activity by assigning responsibility for digital innovation to other executives. Consumerization has leveled the playing field for even the nontechies, who can now purchase and use cloud, mobile and analytics tools without assistance from IT.

Egol says that CEOs are assigning some of the responsibilities to CMOs or chief digital officers. PwC found that 68 percent of digital spending comes from budgets outside of IT department’s budget, a significant increase from 47 percent the prior year. “We have a lot more innovation that is technology-enabled, but the vendor stack is outside the traditional vendors the CIO has governed, and is being sold into the CMO organization,” Egol says. “So a lot of the spending is shifting outside the CIO’s direct control to the CMO or in some cases the CDO.”

[ Related: The CEO wants the CIO to keep it simple ]

Sometimes even the CMO and CDO aren’t involved, as some CEOs are dealing directly with vendors as they seek new IT capabilities with which to win, serve and retain customers. Egol says that some marketing and other customer experience campaigns require multi-million-dollar contracts for which the CMO must solicit the CEO’s explicit approval. Moreover, some vendors are skipping the CMO and negotiating directly with the CEO. “A lot of vendors are thinking about how to create a value proposition to engage the CEO without pissing off the CMO,” he says.

If vendors are focusing on CEOs and CMOs, where does that leave the IT department and the CIO? PwC found in its survey that while 40 percent of CIOs lead internal and external digital efforts, that number will drop off to 35 percent in three years. Moreover, 65 percent of respondents say the CIO’s key responsibilities in three years will be limited to all internal IT efforts or all internal IT efforts in combination with innovation. In essence, as technology becomes more strategic and pervasive throughout the enterprise, it serves many masters. And many are trying to master it.

PwC isn’t the first consultant to make this sky-is-falling prediction for CIOs. In 2012, Gartner made waves by announcing the CMO would spend more on technology than the CIO by 2017. Even so, this can present a dramatic change for the CIO, some of whom may see this shift as an existential threat. But Egol says it’s imperative for CIOs to view the democratization of technology as an opportunity to partner with CMOs, CDOs and other leaders to ensure that technologies deployed in alignment with the company’s risk and governance strategies.

CIOs must partner or perish

This collaboration is happening at organizations such as McGraw-Hill Education, where CIO Angelo DeGenaro works closely with CDO Stephen Laster to build learning applications for students and teachers. Laster’s team builds the applications in a cloud infrastructure from DeGenaro. “His team certifies that the software my team has developed meets all of our requirements for stability, uptime and security,” Laster told CIO.com. “We have a nice check and balance in these two very different roles.”

McGraw-Hill may be an outlier, as more companies are struggling to navigate the internal politics of who is responsible for what.

If CIOs don’t lead in this capacity? People will go around IT and CIOs will have to deal with the “pain of integration challenges” later, he says.