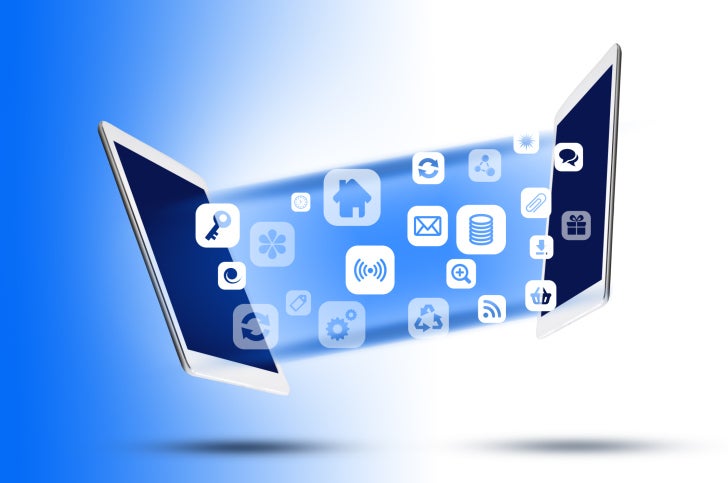 Following in the footsteps of technology giants, companies are building software platforms to broaden their reach among consumers whose demand for digital services is growing. A cornerstone of the strategy includes giving third-party developers application programming interfaces, or APIs, with which to build applications for the platforms.

Platform strategies, as they are known in business technology parlance, are becoming table stakes for growth at a time when companies are relying on software to deliver digital products and services via the Web and mobile devices. Apple and Google, for example, have built platforms through which millions of developers sell their software to run on smartphones and tablets. Facebook allows programmers to write applications that work with its social network. For such tech firms, platforms are the chief product, enabling them to reach more users and, ideally, generate more revenues.

Traditional businesses are rushing to establish platforms in their respective markets, says Marshall Van Alstyn, a visiting professor at the Massachusetts Institute of Technology, who studies platform economics and network effects. “These transitions are happening across the board,” Van Alstyn says. Nearly 3,000 CIOs polled by Gartner suggested that their business models, delivery mechanisms and talent increasingly reflect platform thinking, in which “stakeholders bring value to each other by exploiting network effects,” Graham Waller, research vice president at Gartner, said in a statement.

Industries across the board are building platforms. Retail pharmacy chain Walgreens launched its platform strategy in 2012 with a developer portal that allows third-party mobile software to integrate with the company’s mobile application. The service, called QuickPrints, let consumers print photos from such brands as Facebook, Flickr or Instagram.Walgreens is “putting an API on top of our stores … to extend, enhance and evolve our relationship with our customers,” says Adam Pellegrini, Walgreens’ divisional vice president of digital health.

Walgreens’ platform services rely on an API, the key code through which companies allow third-party developers to build applications that connect with their platform. APIs enable developers to create applications without having to write new code for opening a file, reducing the friction for them to integrate with other software.

[ Related: Top CIOs Start the Journey to the ‘Digital Enterprise’ ]

Banks, enticed by the prospect of securing new clients, are also building platforms and rolling out APIs.

The Bank of New York Mellon is building an API store to encourage developers from other financial services firms to build software. Suresh Kumar, the bank’s CIO, says that he was influenced by Silicon Valley companies that share software to create value — something that has been shunned in the more buttoned-down financial services companies. He also says having an API store will allow BNY Mellon’s developers to reuse code rather than writing it fresh for each app they build, which should “dramatically reduce the time to market” for new apps. Goldman Sachs Group is creating a platform that will allow clients to access its database and analytics tools to build custom apps, says CIO Marty Chavez.

Spice retailers, too, are also serving up platforms. McCormick last year spun off its platform project as a startup, Vivanda, whose analytics software, FlavorPrint, generates a visual representation of consumers’ tastes. Early tests showed that consumers changed buying behavior based on suggestions from the technology, says Vivanda CEO Jerry Wolfe, who was tapped to lead the venture after working as the spice maker’s CIO for 14 years. The company hopes to grow by allowing grocery retailers and food suppliers, which are always looking for ways to goose sales, to use an API to incorporate the FlavorPrint into their own apps. “The API structure is foundational to what we do,” Wolfe says. “We have to plug into everyone.”

[ Related: Use low-code platforms to develop the apps customers want ]

Although companies are lured by the prospect of broadening their digital services reach to more customers — challenges, ranging from technical and cultural issues to the low likelihood that platforms will achieve scale — abound in platform strategies.

In building a platform to boost awareness of Houghton Mifflin Harcourt’s education software, CTO Brook Colangelo, says his team implemented security mechanisms to expose APIs to developers. There were also cultural hurdles, as some employees questioned why they were building a platform that wasn’t a product. But he says CEO Linda Zecher, who previously worked at Microsoft, “got it instantly” and encouraged him to proceed.

The company in May launched a developer portal, along with APIs allowing developers to build software that verifies user identity, enables parents to track their children’s assignments online, and provides a collaboration space that allows students and teachers to access content. Encouraged by the 250 developers participating in the platform, the company in a few months will open an online marketplace to allow educators and developers to share content and applications for teachers. “The core of the company is now focused on building a platform experience,” Colangelo says. “It’s our obligation to get the best tools into the hands of our customers so that they can have the best learning outcomes.”

Van Alstyn says one of the chief challenges is the “failure of the field of dreams strategy,” in which companies simply build a platform, make APIs available and hope developers come. Developers must believe they are going to make some money from the apps they build on a platform. “You need a market and a governance model that tells them how much of value they create they can take home,” Van Alstyn says.

Walgreens’ platform strategy has advanced beyond QuickPrints to include two additional APIs. Since 2013, users have been able to order prescription refills through consumer health apps, such as Glow, WebMD and DailyRX, from smartphones and tablets. In 2014, Walgreens began allowing users’ to share their health and wellness information, collected via their fitness-tracking software from the likes of FitBit and RunKeeper, with Walgreens to earn Balance Rewards points. Walgreens declined to reveal the adoption rate of the prescription refill and Balance Rewards services but said that more than 240 partners had signed up to use its three platform services.

Although it’s early days for platforms, the market is growing. Annual spend on technologies and services that help manage APIs and platforms will quadruple by the end of the decade, from $140 million in 2014 to $660 million in 2020, according to Forrester Research.

One such company, Apigee, builds software that helps companies such as Walgreens and Vivanda to make their APIs available to third-party developers Bryan Kirschner, director of the Apigee Institute, a research arm of Apigee, said that platform strategies tend to be low-risk investments because companies are making something they’ve already built available to more developers.”But the real upside … is that if your platform strategy takes off, and you have hundreds of thousands of third-party users or millions of users of your API, you can scale that at very low cost,” Kirschner says.