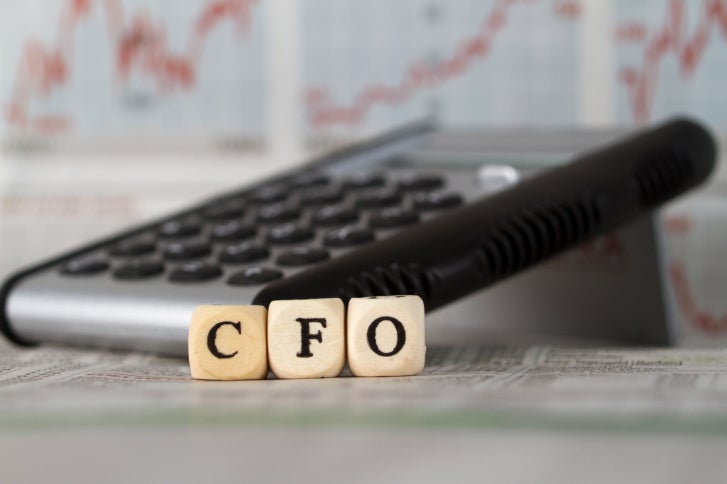 If you thought serving as a CIO was a demanding job, imagine what it’s like pulling double duty in the C-suite. That’s exactly what Ilene Anders is doing for Alliant Insurance Services. Anders, who has spent the last four years as the Newport Beach, Calif., company’s CIO, was named CFO earlier this month. She’s retaining her CIO duties until Alliant can find her successor.

“It’s interesting the way things come around because I started my career in corporate finance and corporate development, but truly always had one hand in technology,” Anders says, noting that she consulted technology startups earlier in her career. “It’s about being able to understand and put together a strategy that supports the company’s overall business plan — and then execute.”

Anders, who began her Alliant career in 2004 as vice president and director of financial planning and analysis, was named the company’s first CIO in 2011. She lead a strategic IT transformation that would help make the company more competitive with rivals, such as Marsh & McLennan and Aon Hewitt in selling insurance plans for property, cybersecurity, casualty and other services, such as employee benefits, to 26,000 clients. “The senior management team realized that if we didn’t do something more strategic in technology that we would be left behind,” Anders said.

She say the CIO role provided an opportunity to use technology to develop solutions that make Alliant employees more productive, and that help clients engage with and derive additional value from the company’s services. The challenge? Executing those changes before rivals began making inroads with their own solutions.

Mobile, analytics critical for an IT transformation

Anders proved her mettle tackling these challenges. For example, in a concession to the consumerization trend, she introduced a bring-your-own-device strategy, allowing employees to replace their corporate-issued Blackberries with iPhones, iPads and Android devices. From these mobile devices, Alliance’s sales team access Salesforce.com’s CRM application to engage with clients. She also built a mobile application that enables clients to access insurance documents, provide claims information, and make payments via iOS and Android devices.

Alliant also invested heavily in Microsoft business intelligence and analytics software, starting with a data warehouse with which the company could store and organize data. Drawing data from that warehouse, Anders’ team works with the business to build the analytics models they need, saving employees the cost and time of ad-hoc analytics using data purchased from third parties. The team also recently implemented Tableau software to allow business analysts to view and manipulate data in charts.

[ Related: Does the CFO need to become a technologist? ]

“You can get overwhelmed with data and the simpler you can make it, the more valuable it becomes,” Anders says. Her team is also turning analytics into products that directly serve its clients. In 2013, for example, the company launched a benchmarking tool to allow corporate clients to compare Alliant’s employee benefits program with plans of other providers.

From tech ROI to returning to her roots

With the IT transformation in the rear-view mirror, Anders is returning to her finance roots, albeit with a deeper understanding of the technical operations underpinning the business, as well as the breadth of knowledge about Alliant’s diverse customer base. She takes the CFO reins from Greg Zimmer, who has served as both president and CFO for many years. This will allow him to focus even more attention on the overall leadership and strategic growth initiatives of the company, which has expanded through several acquisitions and other strategic initiatives over the last two years.

In the meantime, Anders and Corbett are working on finding her replacement, interviewing both internal and external candidates to run an IT team that she says is sound. As she conducts the “delicate balance” of serving as CIO and CFO, Anders offered some advice for CIOs who seek to move up in their organizations.

Finally: An effective CIO doesn’t stop at technology. They extend their leadership into other areas where there is a need. That might be operations, or finance, or some other area that technology touches, but is outside the traditional technology box. A good leader understands that lines are drawn but are not meant to be walls. It’s about leading beyond the discipline you’re in and keeping it holistic.