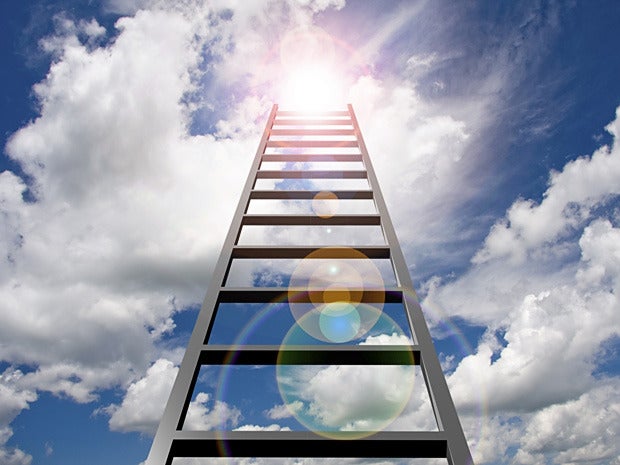 For ambitious technology professionals, achieving a promotion to CIO represents the ultimate career goal. Sure, in start-up companies, a technically inclined cofounder might assume the title of CIO. But what if you’re working your way up the ranks of a Fortune 500 company? In that context, you need to develop the skills – and the mindset – required to reach that role.

There are different paths to the CIO role

The path to the CIO office varies depending on the organization and the individual. For instance, the unexpected departure of the current CIO can create an opportunity.

“One day, I received a call from COO asking me to visit. I didn’t know what it was about until I arrived in the meeting,” says Microsoft CIO Jim DuBois. It turns out that Microsoft’s previous CIO had resigned for family reasons. As a result, DuBois was asked to assume the role of interim CIO. Over time, DuBois’ focus and results led the company to appoint him as full CIO. “Despite the interim CIO title, I approached my work and led as a full CIO. That approach made a positive difference – it was one of the reasons I was appointed full CIO,” DuBois says.

In other companies, there may be multiple CIO roles at different levels of the organization. Nancy Davis, vice president and CIO of United Technologies, previously served as the CIO of Pratt & Whitney (2003-2009), a business unit of United Technologies that produces turbine engines. Her success in that role made her a candidate for a higher-level CIO role when the opportunity became available. Delivering results as the CIO of a smaller unit gives you the opportunity to develop executive skills further and build relationships with other technology leaders.

Radhika Venkatraman, senior vice president and CIO at Verizon, built her career by serving in various assignments across the company. “I began as a member of the technical staff, but was quickly promoted to director of a functional team in IT. From there I rotated through numerous roles and took positions of increasing responsibility,” Venkatraman says. A key turning point in Venkatraman`s career came when she was appointed as the Verizon Lean Six Sigma Lead for the Verizon Enterprise Solutions IT group. That opportunity gave her the opportunity to learn new skills and drive change throughout the organization.

[Related: 5 conversations CIOs must have with their C-suite peers]

Many professionals desire a simple career roadmap that will explain each and every step. While it might be possible to develop that kind of a flowchart for some roles, such as making the move from a developer to a manager, DuBois and Davis’s experience shows there are several routes to the CIO’s chair. In fact, none of the CIOs interviewed for this article took a linear path up the proverbial corporate ladder.

Twenty years ago, technology professionals and leaders often had a reactive perspective on their work. They would build technology based on requests from customers and business units. Complaints about limited resources and unreasonable expectations from business partners reigned supreme. That attitude is no longer relevant, especially when it comes to aspiring CIOs and technology executives.

“When I started as a CIO, I thought of the role as focused on infrastructure,” says Thaddeus Arroyo who served as CIO of AT&T for 2007-2014. “Over time, my view of the CIO role has changed. It is now much more important to bring ideas and innovation to the table,” Arroyo says. Maintaining IT infrastructure remains important. Yet, it is no longer enough to ensure success. Making strategic contributions to products and customers has become the way to stand out as a CIO.

“In the early 2000s, I played a key role in implementing a roll-over feature at Cingular,” says Arroyo. A roll-over feature allows a cellular customer to take unused minutes and data from a given month and carry it to the next month. “This was a great project to improve customer service and it involved IT, marketing and the product group,” says Arroyo. Leading an effort to significantly improve a product or service used by the company’s customer is an excellent way for the CIO to make a strategic contribution.

The value of a growth environment

Climbing the corporate ladder is a challenging task. Several of the CIOs interviewed mentioned the importance of supportive managers and corporate culture in growing their skills. “I came into the organization in a technical role. Over time, I was encouraged to take on additional responsibilities,” says United Technologies’ Davis. “It’s easy to become comfortable in a role that you know how to do well – moving to new roles is a key way to continue your growth.”

Achieving success as a CIO requires excellence in several skills. In the interviews for this story, these five trends emerged as themes:

[Related: Why passion is a requirement for today’s CIO]

Davis also shared that United Technologies is committed to career development. As an executive, she has worked with people in her organization to help them advance and move to new opportunities. As you seek to grow your career, give some thought to your organization’s growth culture. If career development conversations lead nowhere and you see little evidence of promotions elsewhere at the firm, you may need to consider leaving the organization to continue your growth.

“Over my career, I served in a variety of business units at United Technologies,” says Davis. Those different experiences included working closely with customers. Successful interaction with customers is a key skill for aspiring CIOs to develop. You may begin your career as a software developer or engineer. Those technical skills and experience are highly valuable, yet they are not enough for an aspiring executive. Developing deep business insight is vital in order to succeed as a technology executive.

“I believe one of my greatest strengths is the ability to convert a business problem into a technology opportunity,” says Venkatraman, who leads a 2,000-person IT organization at Verizon. Venkatraman’s comment shows the importance of perspective in business acumen: Instead of being overwhelmed by problems, look for a way to build or apply technology to solve a customer’s problem.

Leading the IT function in a technology company represents a special challenge and opportunity. “I see my unit as a customer advocate and we act as an enterprise customer,” says DuBois. In his official bio, DuBois explains his approach in the following terms: “[We] help [to] ensure that Microsoft is the “first and best customer” of its own products.” Serving as a customer and early user of a company’s products is an excellent way for a CIO to add value in a technology company.

If your company builds technology products, you have an exceptional opportunity to contribute as a CIO. Specifically, you can offer to be an early customer of the technology and provide feedback to the product group. In addition, you can adopt your organization’s technology and serve as an enthusiastic customer. Both approaches show commitment to the organization and help the IT organization maintain a focus on the end customer.