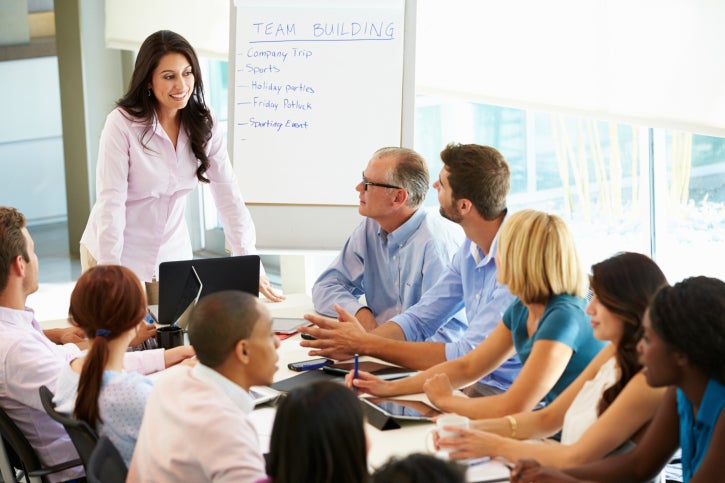 NEW YORK — Early in her career, Martha Poulter recalls telling her boss that she was interested in a promising new position that had opened up at her company. But her boss demurred, saying that that he wouldn’t consider her because she was never in his office and he had no idea how it is that she did her job. Stunned, Poulter, now the CIO of Starwood Hotels & Resorts Worldwide, says the exchange taught her that the importance of meeting regularly with managers to gain their trust

“He didn’t see the man behind the green curtain,” says Poulter, speaking on a #CodeConnect panel of women CIOs last week. “Was it me, or was it somebody else? That’s the best experiential advice I got: Be transparent about the what and the how [of how you do your job].”

Poulter says her male staff never miss an opportunity to show her what they’re working on and how they overcame their challenges. Her female staff, however, are largely invisible. “The women could be dead under their desks — I never see them,” she lamented. She said women have a tendency to keep their “heads down,” working hard to solve problems. Consequently, the path they take to achieve successful outcomes isn’t always clear, sowing doubt among superiors. “At senior levels, trust matters,” she says. “You don’t see your boss all of the time, so they have to trust you.”

The anecdote underscored one of the challenges women must overcome as they advance in their careers, particularly in IT, where conscious and unconscious biases have become institutionalized. Such biases continue at higher levels in organizations, where the assertive actions men employ to demonstrate good leadership can be viewed as “aggressive” or “bossy” when conducted by women. As a result, women in peer leadership roles suffer a “likeability penalty,” says panel moderator Elizabeth Ames, senior vice president at the Anita Borg Institute for Women in Technology.

Marcy Klevorn, CIO of Ford Motors, says that while she has heard the “aggressive” feedback before, she focuses on helping senior leaders at the automotive company grow the business, which helps them gain confidence in her. She says motivational leadership, mixing empathy and compassion, has allowed her to operate successfully in various roles at the company over the past 32 years. Klevorn, who has an master’s of business administration, began her career at Ford in marketing, and added skillsets along the way that have helped her “connect the dots for the company.”

PwC CIO Sigal Zarmi says that she noticed gender bias as she advanced in her career, which included several CIO roles at General Electric. One key to overcoming bias is to demonstrate good leadership, which requires a delicate balance of listening skills, information skills, as well as “soft skills” for dealing with people. These skills are crucial as CIOs convince a team to follow and execute on the IT strategy. It’s about “standing up for what you believe in and driving change,” she says.

It’s incumbent on women technology leaders boost their visibility, signaling to younger women that they can advance within their companies. Ames says that research has shown that women in senior executive and technology roles serve as “beacons” for other women. “Young girls and women are looking for places where they are welcome and can thrive.” Failure to make tech leaders available can preclude young women from going into that field, she says.

That’s just fine for Poulter, who says one of her goals is to be more visible — not just to encourage more women to follow in her footsteps, but to boost awareness of the values of science, technology, engineering and mathematics, or STEM. “We need more girls and boys to be interested in this field,” Poulter says. “We have amazing career opportunities, we have significant problems to solve and we don’t have enough people to solve them.”

The “significant problems,” albeit unique to every business, are part of what Poulter and her peers are addressing as they conduct digital transformations.

Starwood Hotels, for example, is using big data analytics to trigger dynamic pricing for its 1,200-plus properties. The company is also using smart check-in technology, which sends guests a mobile message with their room number to bypass the front desk and go directly to their rooms. Poulter sees “miniaturization” of technology as an emerging opportunity. For example, she’s considering ways to make the guest experience more enjoyable and convenient, such as by equipping dining carts with sensors so that hotel staff know when to pick up them up when guests are finished with their meals.

As it addresses the digital ways customers wish to interact with their motor vehicles, Ford is exploring ways to marry locational context with drivers’ personal preferences, Klevorn says. Internally, younger employees “reverse mentor” senior executives on how to use iPads and other technologies. The company last year launched an innovation center in Silicon Valley to focus on connected and autonomous cars, mobility and analytics.

At PwC, Zarmi is supporting a globally distributed workforce, whose consultants cater to clients in more than 150 countries. She’s implemented Google’s enterprise software to allow employees to, for example, edit and collaborate on documents in real-time from any device. “Companies are looking at how they should disrupt themselves,” Zarmi says.