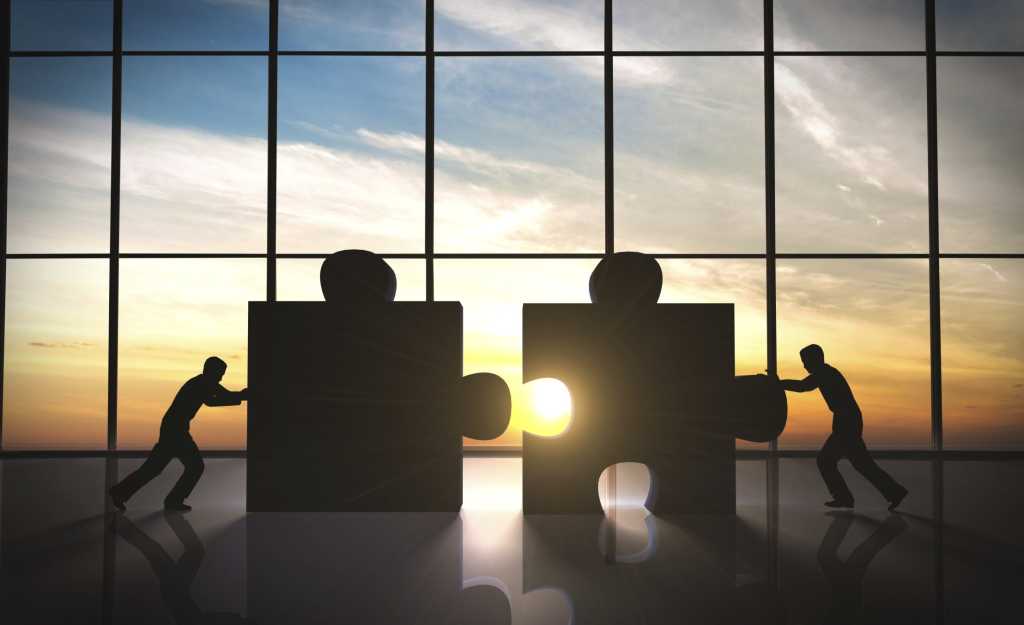 In sports, the team that wins the championship is often not the one with the most talent, but rather the team with great chemistry or an excellent complement of skills. When this happens, commentators talk about the intangibles that allowed the team to overachieve and reach the pinnacle of their profession. In business, there are similar intangibles that allow teams to achieve more than might be expected given their raw talent. This article focuses on six areas that make the difference between good teams and great teams.

I have worked at many companies where conflict is not part of the culture. Instead, people will nod their heads in agreement and then rant to their colleagues later about what silly ideas were proposed in the meeting.

In my first meeting with every new team I inherit, I say something like the following: “I don’t wake up in the morning and plan to make mistakes. If you hear me say something in a meeting that is incorrect or something you don’t think makes sense, I want you to challenge me. I want you to do it with some tact, but don’t let me continue to go down a path you believe is incorrect without a discussion.”

This sets the stage for open, honest communications where people can offer conflicting opinions without being emotional. And it is emotion that is the real problem.

If everyone in the room is emotionally attached to their position, it is very difficult to have a substantive discussion. For example, I have seen promotion discussions where the prevailing attitude in the room was “don’t challenge my promotions, and I won’t challenge yours.” This behavior results in suboptimal decisions. People on the best teams “leave their egos at the door” and embrace the ideas of others if those ideas can lead to better results.

Hire people who are better than you

I am often surprised to see managers surround themselves with mediocre talent. This is probably due to human insecurities related to self confidence.

I remember a time when I had a direct report I thought was stronger than me, and I worried that my boss might come to the conclusion that I was redundant. Instead of becoming a potential cost saver in the mind of my manager, however, he ended up congratulating me on building such a strong team. Great people will help your team achieve more and, no matter how much you praise the efforts of your team, senior management will give you much of the credit for the results. In addition, recruiting is an inexact science, so it is best to hire as strong a candidate as you can because not everyone is going to meet your expectations.

Make sure your team has complementary skills

The problem we often have as managers is that we hire people much like ourselves. So, if we are good at producing results, we hire others who produce results and we end with a team that executes well but doesn’t push the envelope of innovation. Alternatively, if we are strategic thinkers, we hire others who think great thoughts and we end up with amazing plans but have difficulty executing on the vision. Hiring a mix of both types of people will allow your organization to achieve far greater results than having a predominance of one type or another.

As a manager, it can be difficult to get the “Doers” and the “Thinkers” to work together. The Doers often believe the Thinkers do nothing but write white papers, while the Thinkers believe the Doers are resistant to change. This conflict is not likely to resolve if the groups are separate and are rewarded for their individual efforts. Instead, the key is to create a shared responsibility for success by placing dissimilar personality types on the same projects.

Unfortunately, many organizations operate as if they were a collection of disparate groups. Not only don’t they collaborate with one another, they often are antagonistic. It is critical for managers to understand that the goals of the organization trump everything else.

One new team I inherited encountered a big problem shortly after my arrival. One of the managers with a very important project lost his key analyst and didn’t know how he was going to be able to compensate for this loss. I am quite certain the attitude of his peers was something like, “Wow, I feel bad for him.”

In order to help this new team look at things in a different light, I asked if we should consider taking our best analyst and loaning her to this project. The look on the face of the manager who would have been impacted by my suggestion could only be described as one of horror, and I received a long list of all the reasons why my idea made no sense.

Know your organization isn’t as strong as you think

Jack Welch famously said that managers should fire 10 percent of their organizations every year, because their replacements would result in an annual upgrade of the workforce. One day, I saw an interview with him and the interviewer asked him the question I wanted to ask: “Once you have done this for a few years, haven’t you eliminated your performance problems so there is no longer a need to do it?”

Welch’s answer was exceptional. He said that, over time, we tend to overlook the warts of our employees. He suggested that if a new manager came in to take over the group, he or she would easily find 10 percent of the organization that should be upgraded.

I don’t personally agree with the concept of firing 10 percent of an organization every year, because I believe the resulting turmoil is not worth the benefits. However, I do agree that managers can become comfortable with their teams over time, and this can result in a couple of issues.

First, the development areas of personnel may no longer be an area of focus because familiarity with the person can diminish the importance of the area to the manager (“That’s just the way they are.”) In addition, it is easy for managers to believe the team which has served them well in the past is still the right one today, but the challenges facing organizations are not static. Managers need to be open to the possibility that their teams may no longer possess the right mix of skills to be successful.

Difficult people can do incalculable damage to a team. The sooner you decide you will not tolerate these people, the closer you will be to having a great team. Many difficult people have strong skills; it is why they are able to survive despite their personality flaws. There is a temptation to keep such people because of their skills but this is unwise. I have never released a difficult person and regretted the decision. Instead, I often found out after the release that the damage being done by the person was far worse than I knew, and I should have been quicker to take action.

The 1980 U.S. Olympic hockey team won gold at the Lake Placid Olympic Games. That team was not the best collection of hockey talent at those games; in fact, they were seeded seventh out of twelve teams and the heavy favorite, the Soviet Union, had not lost a hockey game at the Olympics in 12 years. The U.S. team won because it supplemented its talent with a number of intangibles, which allowed it to beat teams that were much better on paper.

Perhaps the most important intangible for the 1980 team was how they overcame an initial tendency to “operate in silos.” Sixty percent of the U.S. team was from the University of Minnesota and Boston University, perennial rivals who did not like each other. This hostility frequently surfaced in the first few months the team was together. A key turning point occurred when they stopped identifying themselves as players representing their schools at the Olympics and began thinking of themselves as the U.S. Olympic team.

The 1980 U.S. Olympic team provides a great example of how intangible behaviors can allow teams to achieve results far beyond what might be expected from a summation of individual talents. Let them be an inspiration for your team to adopt the intangible behaviors in this article so you can achieve your own version of “Miracle on Ice.”