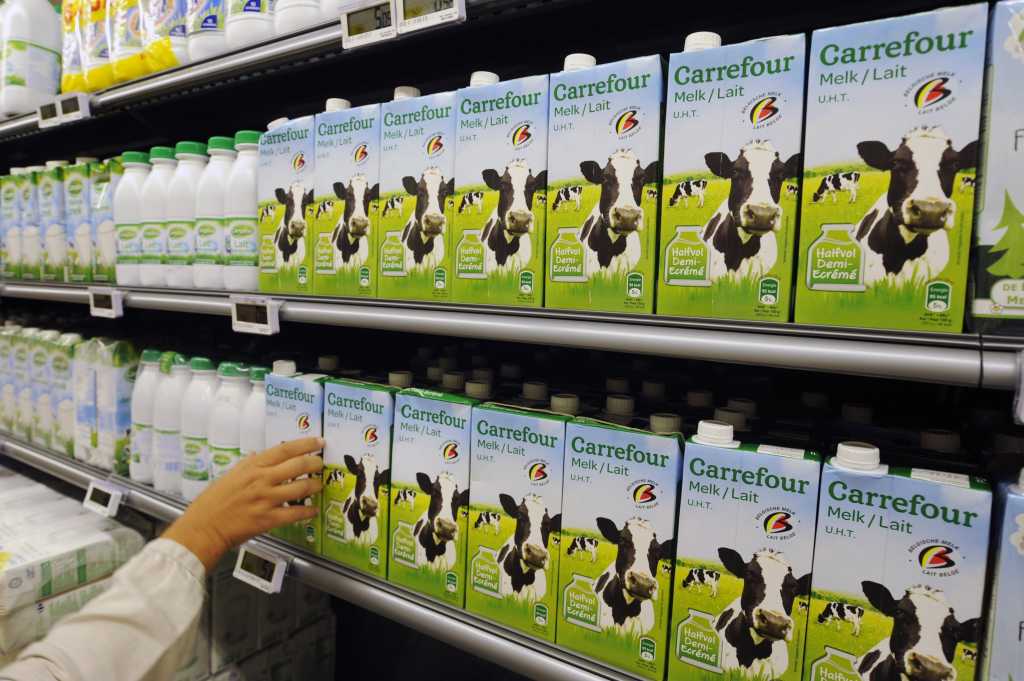 Since he announced it in 2011, Marc Andreessen’s statement that “software is eating the world” has become a truism with a pride of place in every presenter’s deck (full disclosure: it’s featured prominently in mine).

Recently, Benedict Evans of the venture capital firm Andreessen Horowitz (seeing a pattern here?) writes that “mobile is eating the world.” He asserts that mobile phones will achieve the following:

Without disagreeing with either of these statements (actually, I agree strongly with both), their statements reflect points in time. The future of our society and economy is digital, yes. Humans will overwhelmingly use mobile devices to carry on their Internet-based daily lives.

However, both of these statements overlook one salient fact of technology history: the inexorable trend of computing devices, due to Moore’s Law, is that useful work can be done in smaller and smaller form factors, which, due to greater convenience and lower prices, explode in deployed volumes. The unstoppable system architecture of the future is a small device talking to a cloud-based application. The question is, what is that small device? I assert that mobile phones will come to represent a tiny percentage of the client devices operating on the Internet. Why?

Because located out beyond the mobile phone horizon is the next form factor: the Internet of Things. These are even smaller computing devices that are typically devoted to performing one function, unlike mobile phones, which are the Swiss Army Knives of computing, serving as personal transportation coordinators, activity trackers, movie ticket buyers, and a myriad of other tasks.

Another reality of IoT devices is that there will be hundreds of billions of them, vastly outstripping even the number of mobile phones in the hands of users. Moreover, most of them will not be used by humans, but will be standalone devices monitoring some environmental factor or effectuating some physical action (referred to as sensors and actuators, respectively).

[Related: The Internet of Things comes to the NFL]

While most people are aware of IoT, I feel that they significantly underestimate what IoT will represent. IoT will be much more omnipresent and highly varied that most of us can understand. Literally, every physical thing in our environment is likely to be remade as a connected device.

This variety was brought home to me last week at Cloud Expo Asia (CEA), held in Singapore. CEA is a fascinating show, held in a fascinating place. I always enjoy spending time in Singapore because it is the crossroads of Asia and is a nation with enormous energy and ambition, located in a region that, in many ways, represents the leading edge of trends that will eventually wash up on the shores of Europe and the America.

At CEA, I saw two presentations that exemplify powerful examples of the power of IoT as well as the wildly different kinds of solutions that reside underneath the umbrella of the term.

First up was a presentation by the global BI head of Tetra Pak, Fredrik Ohlsson. Tetra Pak, if you’re not familiar with it, creates containers. You may have seen these holding milk – they look like waxy cardboard, but, due to their design and fill system, can be stored at room temperature. Here is a video that explain how Tetra Pak works – it’s pretty amazing, as it sort of forms the package around the product as it’s filled.

Tetra Pak is a global company and faces many challenges in data consistency, summarizing data, allowing locally-focused analytics, and so on. Ohlsson’s presentation addressed how Tetra Pak has improved its business intelligence approach over the past few years to provide better business insights. An excellent initiative and presentation.

What struck me was a response he gave to a question raised at the end of his presentation – could he provide some examples of business advantage Tetra Pak had achieved via its updated BI capability. He responded that Tetra Pak treated this as privileged information, but he could offer one example.

As demonstrated in the video, Tetra Pak milk carton machines cut the packaging material to form individual milk containers. Occasionally, the machine’s blades get dull, and instead of cutting a container, mash the packaging material, allowing milk to spill all over the area. Recovering from a spill takes time, and, worse, holds up production.

He noted that they are now capturing cutting data from the filling machines and see that, before a blade gets dull enough to mash the packaging material, its cuts take slightly longer than when the blade was newly installed. By tracking the cutting time, customers can see when a blade needs to be replaced, which can be done at a convenient time that does not halt production. No mess, no downtime, money saved.

A second presentation by Gul Agha discussed a very different IoT application. Gul teaches at the University of Illinois, Urbana-Champaign, and his work focuses on smart cities. The example he discussed is bridge safety monitoring. Bridges have to be monitored for corrosion, element failure, and so on. The consequences of monitoring failure can be catastrophic.

Agha outlined a solution his team has developed. Small sensor devices are placed on the bridge and gather data around the clock. With the approach, potential issues can be identified much earlier; moreover, this solution mitigates the location/element challenges just mentioned.

However, the convenience of sensor location still faces other issues: how to power the sensors and associated electronics containing the computing equipment, network connectivity to forward information to a centralized data repository, and how to communicate data in severely bandwidth-constrained environments. This latter issue can constrain the ability of the sensors to directly forward data readings to the repository.

Agha described some of the approaches to address these issues:

[Related: How the Internet of Things is changing healthcare and transportation]

What these two examples brought home is how the term IoT shields the enormous complexity associated with individual sensor/actuator solutions. Four key elements are associated with every IoT solution:

Each IoT solution needs to identify system resources and constraints and use them as solution design inputs. In a way, this reminds me of the early days of the Internet, in which websites had to be designed with highly restrictive user bandwidth limitations in mind. Boo.com was an infamous example of a website whose design outstripped the capabilities of user compute and network resources. This led, as you might imagine, to an unfortunate end for the company.

It’s likely we’ll see some of the same failed solutions in the IoT space. However, just as Boo.com’s failure did not consign ecommerce to history’s dustbin (Amazon seems to be doing fairly well), just so will IoT failures come to be seen as individual disasters. Long-term, IoT will emerge as a gigantic use case that comprises the vast preponderance of overall computing activities.