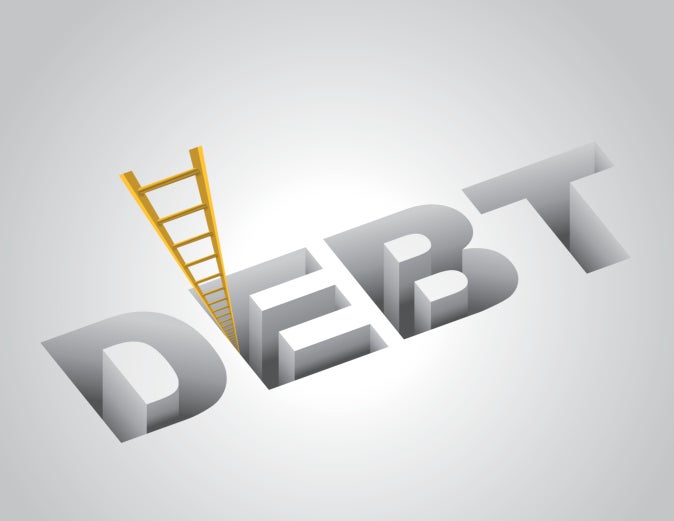 Deutsche Bank is facing significant technology overhaul challenges, the likes of which might make IT teams at the most sophisticated companies beg for mercy. Yet experts say the company, which last month recorded a $6.6 billion loss for the third quarter, must clear these hurdles if it’s going to survive in a sector where consumers expect to manage their money and other financial services from any device.

Deutsche Bank, like many large banks, is paying down technical debt accrued from years of rushed technology choices intended to help grow their businesses. “It is an incredibly painful transformation process,” says Dan Latimore, senior vice president of the banking practice at Celent, a research firm focusing on financial services. “There’s a certain amount of jury-rigging that you can do to keep up with [aging systems] for a while, but it places increasing strain on the back end and at a certain point, the strain is going to break things.”

During a press conference on Oct. 29, Deutsche Bank Co-CEO John Cryan noted: “About 80 percent of our 7,000 applications were outsourced to a multitude of different vendors. Design was basically done in silos or by joint standards where they were either hardly used or not used at all. The result is that our systems do not work together, and they are cumbersome when it comes to the application and often incompatible. A figure that worries me in particular… is that about 35 percent of the hardware in the data centers has come close to the end of its lifecycles or is already beyond that.”

Technical debt is pervasive in banks

The challenges read like a punch list in how not to set up an IT system. But the reality is that many large global banks are grappling with comparable problems, says Jost Hopperman, vice president of banking and applications and architecture at Forrester Research. “The situation at Deutsche is not unusual at many other large tier 1 or tier 2 banks simply because many of them have similar issues, including too many silos, too fragmented outsourcing, and lost control of applications,” Hopperman says.

How did some of the world’s leading financial institutions fall behind the technology curve? They sacrificed upgrading back-end systems for building new client-facing solutions, ostensibly to generate new revenue. To support those products, they lashed together servers and other back-end tools without regard to how those systems integrate with everything else. “If you do that dozens of times over a couple of decades, you are going to have a mess,” Celent’s Latimore says. And acquisitions triggered additional fragmentation, he adds.

Hopperman says banks were reluctant to shift budget away from customer experience products to address infrastructure depreciation and mounting software incompatibility. Moreover, with hundreds of applications depending on one another for information, banks feared decommissioning one would be akin to pulling a key thread on a sweater: the system would unravel. So long as the revenue curve remained halfway stable, banks favored minor adjustments over significant overhauls, he says.

That hold-the-line attitude became part of the corporate culture, proving to be a bigger hurdle than the technical challenges, says Latimore. “It’s very easy for senior management to slow walk the solutions so that they can make it to retirement, and keep things working but not prepare their legacy for the next generation,” he says. “That is a classic activity at banks.”

The result is that banks operated back-end applications strung together in a slapdash fashion years beyond their planned retirement. This is problematic because banks’ current infrastructure is not capable of supporting the proliferation of mobile, omnichannel, and other solutions influenced by the slick, consumer-friendly software created by such giants as Google, Facebook, Amazon and Apple, says Latimore. “They are forcing banks to play catch-up faster than they would if left to their own devices,” he says.

Banks modernizing IT with cloud, virtualization

Banks are modernizing their IT systems in different ways, many of which involve the traditional client-server model for cloud computing and virtualized infrastructure. Bank of America and Goldman Sachs, for example, are modernizing their infrastructure with open source commodity hardware. Capital One is using public cloud software from Amazon Web Services to run a new mobile banking app.

The Bank of New York Mellon has built a hybrid cloud, allowing developers to provision servers in minutes, rather than subjecting themselves to a traditional labyrinthine approvals process for requesting and configuring hardware. A modular architecture that allows the freedom to pick and choose hardware and software infrastructure helps the company avoid vendor lock-in, says BNY Mellon CIO Suresh Kumar.

“Hybrid cloud is the reality for most large enterprises because all of us have data centers and a fairly large amount of investment so we need to figure out how to transition from where we are to where the future is,” Kumar says. “You have to have a strong architecture roadmap that allows you to introduce new capabilities without necessarily having to destroy what you had before.”

Deutsche Bank, meanwhile, is accelerating its private cloud deployment, supported by a 10-year deal to have HP Enterprise manage the company’s servers, data centers and storage. The bank last month also promoted CIO Kim Hammonds to COO, where she maintains responsibility for the company’s technology upgrades. The goals are lofty, befitting a company under duress. By 2020, Cryan says, the bank expects to pare its existing 45 operational systems to four, quadruple its use of private cloud systems to 80 percent, and increase application virtualization to 95 percent from 46 percent, at an estimated cost savings to run the bank of 800 million euros. “We will be a state of the art digital standard,” Cryan says.

Can Deutsche Bank pull off this massive IT overhaul? Hopperman remains skeptical, noting that Cryan has claimed the strategy was sound, even if the execution was poor. “I do not know what has changed to allow them to execute on plans that are not very different than plans they had previously.”