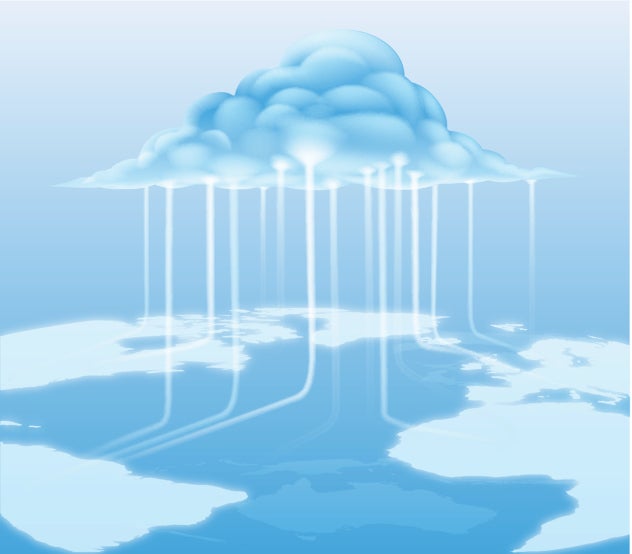 The cloud has seen massive rates of adoption among IT professionals this year, and it will spread even deeper into entrenched industries over the next 16 months, according to a new report from Forrester Research. Despite ongoing consolidation, the research firm reports that the cloud vendor landscape is too crowded and IT professionals should increasingly hedge their bets on major public cloud providers such as Amazon, IBM and Microsoft.

CIOs and IT leaders should be wary of small, specialized players due to their narrow focus and the increased risks these companies carry around longevity and security, Forrester reports. The market research firm predicts there will be a significant decline in the number of players providing infrastructure-as-a-service (IaaS) cloud services and management software by the end of 2016.

While Google is making headway in the enterprise space with ongoing developments in its Google for Work suite of applications, Forrester doesn’t place the company in the upper echelon of today’s leading cloud vendors. “Despite excellent technology and scale, Google will only begin to develop momentum in large-enterprise business in 2016,” the report’s authors write.

Security is a weak excuse for avoiding the cloud

With respect to public cloud adoption, security remains the top concern among enterprise companies by a wide margin, according to Forrester. However, the firm strongly encourages CIOs to stop using security as an “anti-cloud excuse,” because those perceived threats are largely unfounded.

[Related: U.S. CIO tells IT leaders to trust the cloud]

The U.S. federal government’s most powerful IT steward agrees. U.S. CIO Tony Scott says the big public cloud providers offer enhanced and unencumbered capabilities to the enterprise. Amazon, Google and Microsoft meet every security standard demanded by IT professionals and have much greater incentive, motivation and skills to overcome these challenges than any private alternative, he said during a Google for Work webcast last month.

Innovation has also been a key attribute and differentiator for cloud leaders, according to Forrester Research. Amazon and Microsoft are becoming the de facto standard, and the go-to choice for IT operations in the cloud, because they continue innovating like startups and benefit from the large ecosystems they’ve attracted with those developments, the firm concludes.

After Amazon recently decided to report revenue specifically derived from its Amazon Web Services offering, Forrester expects Google and Microsoft to follow suit in 2016. Financial results of public cloud services are particularly relevant to CIOs, and they should be demanding these details from their providers, because they present the most realistic assessment of each vendor’s ability to deliver sustainable and efficient solutions for infrastructure and platforms in the cloud, according to the firm.

[ Related: IT leaders plan to further embrace cloud in 2016 ]

Without sufficient platform-level detail, IT professionals won’t be able to make valid comparisons and determine which public cloud providers are growing or operating at a loss.

Finally, Forrester Research encourages businesses to view the cloud as a new opportunity that can increase its flexibility and ability to improve operations. IT leaders will miss out on the greater purpose of cloud-based solutions if they simply rehost existing applications on the cloud to reduce costs, according to the firm. Older applications must be extended, modified or replaced with new code that takes advantage of cloud platforms.