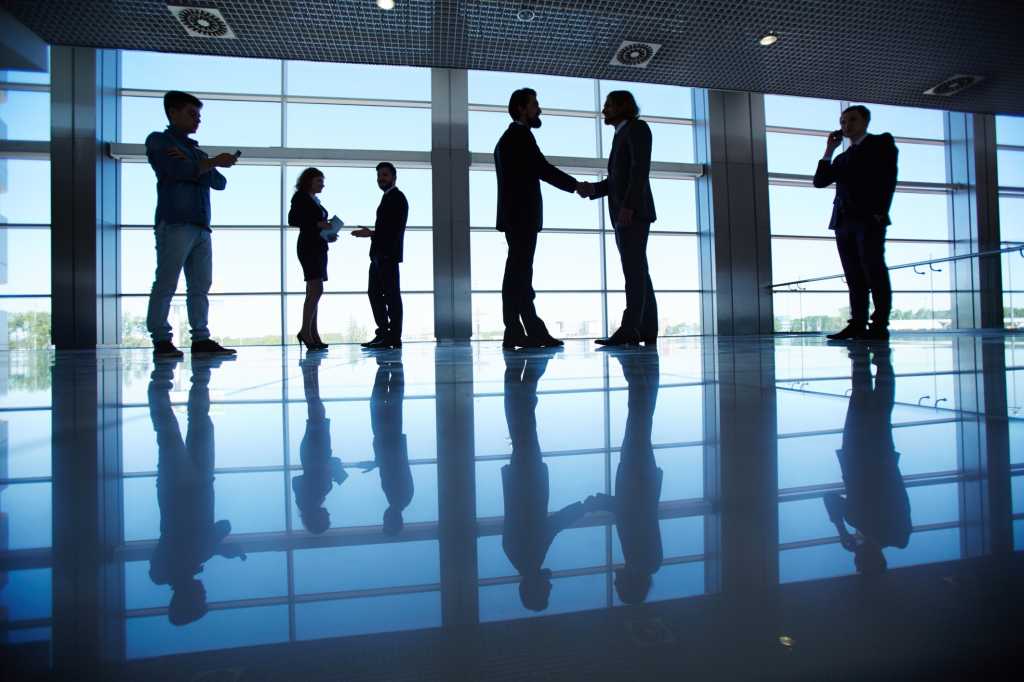 Stuart Appley was not a social media early adopter, but you won’t know it now if you follow him on Twitter. The CIO of real estate firm Shorenstein joined Twitter in 2009, and it took him years to warm up to social and eventually become a champion for the medium. Today, he is prolific with his tweets.

Appley kicks off his daily social media routine during a 40-minute commute via public transportation to San Francisco, as long as cellular coverage cooperates. He fills in the network gaps by reading a digital version of the Contra Costa Times, a Bay Area publication, which he downloads before leaving home. The CIO doesn’t typically set specific goals or limits for himself on social media, but some days he will “consciously check-out just to take a pause,” he says.

“Being on social media can be all consuming, if you let it, so I do like to take periodic breaks.”

He calls Twitter a “spigot of news” that helps him stay current and informed on important issues in business and technology. “For new trends in IT or other business topics, Twitter is where I go to see what’s happening and what’s being talked about.”

In addition to Twitter, Appley also uses LinkedIn on a daily basis, for similar reasons, but his LinkedIn network is smaller and tends to fuel fewer conversations, he says. He enjoys the dialogue and commentary on LinkedIn Groups, but it’s not the company’s primary product, it’s buried in a menu, and “it’s not as free flowing as Twitter,” according to Appley.

LinkedIn is also purely focused on business, while Twitter delivers a mix of personal and business interests, which Appley appreciates. He started out using Twitter exclusively for business, but his son encouraged him to experiment with personal uses, as well — and he did, as evidenced by his recent tweets about the Philadelphia Eagles and Golden State Warriors.

#Eagles defense. The gift that keeps on giving. #firechipkelly

“Social media has been transformative for me personally and career wise,” Appley says. “It’s given me a voice and opened up so many connections that I never would have had otherwise.”

Social platforms such as LinkedIn and Twitter are valuable tools that can help businesspeople learn and engage with others, says Appley, who purposefully mixes participation and observation on social. “There is a lot of content out there that you can catch up on by just observing, but that’s just the tip of the iceberg,” he says. “Engaging and participating is really where the true value comes in.”

Appley is always on the hunt for new ways to interact with people he wouldn’t connect with otherwise. The below exchange on Storify personifies the types of conversations Appley now seeks out on social media.

“Being on social media is really about engaging with others, and it’s a fantastic opportunity to have meaningful conversations,” says Appley.

Pick your social sites wisely and have a strategy

To make time for this active presence on social media, Appley had to push other daily tasks to the sidelines. Instead of reading The Wall Street Journal as soon as he gets to the office, for example, as he did for many years, Appley jumps right on Twitter, LinkedIn and Feedly to catch up on news and other noteworthy articles. He also tries to comment and reply to interesting tweets during the morning, but he doesn’t force interaction. “Social media is unpredictable, so it just depends on what’s flowing that day,” he says.

[Related Feature: Day in the life of a social CIO: UMMC’s David Chou]

Twitter tends to get most of his attention throughout the day and early evening, whether it’s for business or personal reasons. And he also gives LinkedIn its due. However, Facebook doesn’t come into the equation unless Appley is looking for a recent post from a family member.

So what’s Appley’s best advice for IT professionals who are ready to tackle social, or take their existing efforts to the next level? CIOs and tech leaders should focus on a particular topic or two, he says, and expect to participate. “Don’t just share content, also engage by commenting and providing your own input and opinions,” he says. “Don’t be afraid to have a voice.”