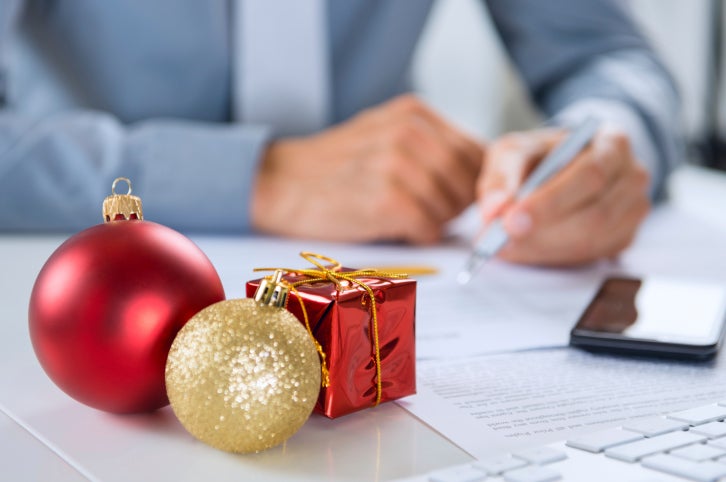 Gartner’s prediction that 25 percent of Global 2000 organizations will be using devops as a mainstream practice looks conservative when you consider the number of companies promising that their products will meld your developers and operations department into an efficient, agile system.

The reality is that a service like Visual Studio Team Services (as Visual Studio Online is now called) gives you a powerful set of tools for everything from sharing code between teams to testing and building your iOS apps in the cloud to letting key business stakeholders see the progress the developer team is making on their burndown list. But that’s only going to help you once everyone realizes that devops is more about culture than technology, and that you have to invest time and money making it work. Alongside those VSTS licences, make sure you budget for the upfront work that will deliver the automation and stability that cuts down the time it takes your developers to reliably deliver new capabilities.

Windows 10 comes with a brand new browser, Edge. Edge has a modern rendering engine that copes with pages designed for Chrome and Safari that Internet Explorer can’t always handle, but it doesn’t have plugins or extensions or browser helper objects or toolbars or any of the other things that your line of business Web apps built for IE 8 might need to work. And most of your PCs are likely still running Windows 7 (if you have Windows XP, the first present you give the IT department should be an urgent Windows migration). That means Internet Explorer is going to be part of your browser strategy for quite some time, but make sure that’s IE 11, because none of the other versions of will be supported after January. Use the Enterprise Mode tools to mark which sites you want to load in Edge, which need to load in IE and even which version of IE the browser needs to pretend to be.

When it arrives in the second half of 2016, Windows Server 2016 can be your container strategy as well as your virtualization strategy. It can give you software defined storage and software defined networking that let you guarantee quality of service using cheap commodity hardware, and you can add Windows Server 2016 to mixed mode clusters so you can stage your migration gradually. But the licencing model switches to a per core basis rather than per processor, so you need to budget for the Datacentre Edition to get all the features.

Email is a commodity. Your business probably can’t get by without email (gifting your IT department “email-free Fridays” is a gift that keeps on giving, because they’ll also get “email-overload Mondays” along with it). But while getting email wrong is expensive, doing email right doesn’t give you much of a competitive advantage. If you’re still on Exchange 2003, yes, you should absolutely gift your company an upgrade to Exchange 2016. But you should also consider moving to Office 365 and having Microsoft run your email servers for you, and you’ll never have to put a mail server upgrade on your gift list again.

If you’re telling your IT team that, “All the business departments are buying their own cloud services next year and you’re going to manage them,” you’re probably being unusually realistic about IT buying trends. But don’t expect them to see it as a gift unless you also come up with a policy that tells business teams how to buy the right services, a budget for cloud service discovery so you know what they’re using and privileged access management so that only the right people have admin accounts on cloud services (which you can manage as people move departments and leave the company).

C-suite executives are often the ones driving the idea of hybrid cloud in the enterprise (which might be why Avanade is expecting to see more hybrid cloud use in the next few years than HP Enterprise is predicting). But often, they don’t understand the key technology questions involved in implementing them.

If your senior execs see hybrid cloud as the right strategy and they have a deadline in mind, then hybrid cloud is likely to be one of the gifts you’ll be giving your IT team, if not in 2016 then soon after. Make sure the gift package also includes the budget for each department that’s going to be consuming the private cloud you’re going to have to build, along with the commitment that they’re going to use it.

If you want to avoid seeing 20 percent knocked off your share price by a password breach, you need to put security on the gift list, and that doesn’t mean anti-virus subscriptions in everybody’s corporate stocking.

Look at managing information rather than file permissions. Set up Azure RMS so people can share documents that can’t be copied, printed or forwarded and expire when the quarter you’re planning for finishes. Plan now for FIDO Alliance devices that use credentials locked to the device rather than passwords and services that work with those – whether it’s Android phones or Windows 10 Hello biometrics or Yubikey USB dongles – and use two-factor authentication as an interim step. But do all that as part of contextual security systems that look at where people are logging in or what device they’re using, rather than just whether they got their password right.

Manage your DNS so you know what devices are connecting and what queries they’re sending, as well as your IP addresses. Look at Windows 10 for protecting Kerberos credentials so hackers can’t creep from one system on your network to another, until they get into your enterprise database or your point of sale systems. And that means your real gift needs to be security training, clear security policies and the understanding that security could be your biggest business issue in 2016.

Actually, your business probably already has an enterprise social network … in the shadows. It might be Slack or Yammer or some other application that people have just started using of their own accord that you have an opportunity to start managing in an official capacity. It might be informal systems that you can switch over to a system that you can support. But companies need to communicate, so find out how that’s happening and how you can make that better, and you might find your IT team starts talking to you more as well.

If Microsoft and Apple can adopt open source as a way of improving the technology they build, your business can too, right? Maybe. If you’re going to make the most of open source, you may want to have your developers so deeply involved that they’re actually helping build the open source tools and platforms they’re using, because then you have experts who can use those tools to do more for your business.

Contributing to open source should be more enlightened self-interest than charity. But “free as in beer” can turn into “free as in puppy” very easily, and you need to look at what company IP might head out of the door as part of an open source contribution. Don’t try to be fashionable; gift your IT team a clear strategy for how your business uses, supports and contributes to open source.

10. Bimodal all the departments

Gartner has been pushing the idea of “bi-modal” or two-speed IT for some time now – the idea that some departments in your business will use mature technology that doesn’t change very often and others will adopt agile practices and continuous deployment and use technology that they create and update frequently. In practice, few departments fit completely into either model, and even if you find some that do, it’s a mistake to think that you’re going to shift a business unit from legacy to agile; if you want a model where you can transition a department to a different way of using technology, consider the tri-modal IT approach IT strategist Simon Wardley proposes. Best of all, give your IT department the gift of having each department use the appropriate style of IT for them, rather than what’s in fashion.

Whether it’s cloud, Nano Server, devops or Windows as a Service in Windows 10, 2016 is the year that you’re not going to be able to avoid technologies that you just can’t cope with if you stop and do everything by hand every time. IT has to make the move from artisanal craftspeople to factory robots for far more of the infrastructure your business relies on.

Use Desired State Configuration to set up all your servers and routers, use Pester to test that they’re working, use PowerShell to set up Windows Update for Business, use Docker at the command line, use Jenkins to push out builds. But before you do any of that, make sure everyone understands that “configuration is code” and that getting automation wrong makes even more of a mess than the manual mistakes you’re trying to get away from.

The Internet of Things has been the buzzword of 2015 and it’s likely to be the buzzword of 2016 as well, and of course your business should jump on the bandwagon and ride the wave. Buzzwords aside, there are plenty of enterprise uses for IoT, from optimizing customer deliveries to deploying sensors for predictive analytics to making your buildings more energy efficient. What your business can do with IoT depends on what your business actually is; so rather than saying “I want the Internet of Things” or even deciding on what sensors, maker boards and programing tools you want to use to build IoT devices, take a step back and ask for an IoT strategy that starts with what your business can connect and monitor and what business improvements that could deliver. After all, those are the same principles you apply to every other technology you consider, whatever time of year it is.