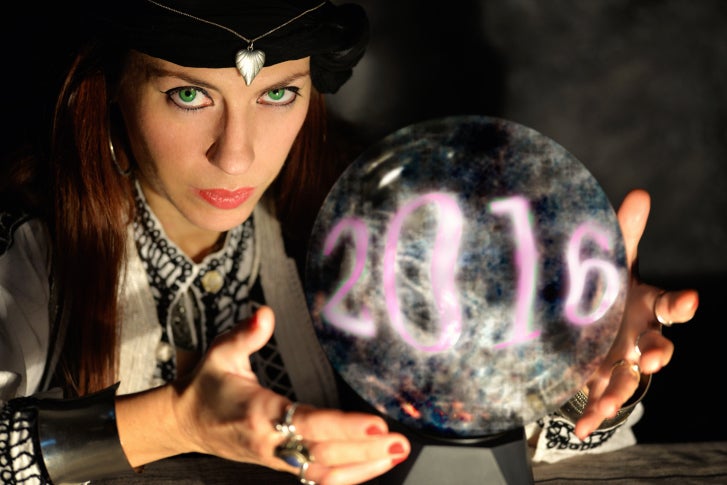 Amit Pandey, CEO of cloud application delivery specialist Avi Networks, says 2016 will be the year of the “new IT.” The confluence of cloud environments and applications, along with technologies like software-defined networking, are going to rewrite the rules for IT in 2016, he says.

The transformation has been underway for some time, but Pandey says that in 2016, CIOs and other tech leaders will have to revamp the way they approach IT if they want their companies to keep pace and remain competitive. They’ll need to purge legacy systems that hamper their agility and embrace digital transformation in the form of the Internet of Things (IoT), artificial intelligence and other “third-platform technologies” (as research firm IDC calls them).

1. Application owners will own IT

“LOBs are now key influencers of IT strategy and demand a seamless user experience for their teams and customers,” Pandey says. “‘Throw-over-the-wall’ provisioning of application services on traditional data center infrastructure will give way to application services (like security, load balancing and analytics) and closer to app development time. Sizeable IT investment and CIO mindshare will be applied to developer-friendly, software-driven choices and consumption base (as opposed to large capital equipment) platforms and services.”

2. The data center will assume characteristics of the public cloud

The enterprise will achieve “public cloud-like” flexibility, agility and scale in the data center, Pandey says, while retaining a hybrid mix of data centers and public cloud.

“Low-cost computing infrastructure, seamless scaling of applications and easy integration into development practices have largely been confined to public cloud services like Amazon AWS,” Pandey says. “A nexus of forces, including the maturing of OpenStack implementations, container tools/implementations (such as Mesosphere, Docker and CoreOS) and software-defined networking will lead to enterprises achieving cloud-like capabilities in-house.”

3. Web-scale IT architectures will become available to most enterprises

The enterprise will no longer be confined to specialized hardware for data center services in 2016, Pandey predicts. The performance of new commodity x86 servers and the proliferation of elastic software-driven technologies will allow enterprises of all sizes to achieve a Web-scale IT architectural approach without the need for expensive, specialized hardware appliances.

“Enterprises will seek (and find) hardware agnostic approaches to architect their data centers,” he says. “Historically, such an approach has been confined to very large cloud companies like Google, Amazon or Facebook. But with the performance characteristics now available in commodity x86 servers, the rise of the DevOps practices in enterprises and software-based application services, the architectural approach of the cloud giants will be available to most enterprises.”

Pandey says that IT budgets will tighten, leading to a slowdown in investment in traditional technologies. This, in turn, will lead CIOs to shift even more of their spend to a consumption-based model.

“The days of overspending on traditional tools and equipment that have proven only partially effective will end,” he says. “As an example, Netflix has abandoned the use of traditional anti-virus tools. For data center tools, CIOs will be compelled by lines of business to shift IT spending choices from capital budgets to operating budgets. The need for uniformity of application architectures in multi-cloud environments will influence IT purchasing decisions (since traditional hardware-based technologies are not portable). IT leaders will be forced to address the problem of underutilization of capital equipment that apply only in one environment, especially in businesses that utilize cloud computing.”

5. Cyberattacks and data breaches in the cloud go from perception to reality

While enterprises have been suspicious about the security of their data in cloud environments from the beginning, there hasn’t been much in the way of actual cloud data breaches. But that’s going to change in 2016, Pandey says.

“The international working group on cloud resiliency monitors downtimes and security risks in the cloud,” Pandey says. “So far, no major security breaches or significant availability challenges have affected the cloud. Yet security challenges are often cited as a reason that enterprises are hesitant to move their computing to the cloud. So far, these security concerns have primarily been driven by perception with data center security breaches far exceeding any such events in the cloud. However, as more and more businesses adopt the cloud and a greater share of confidential data and apps are put in the cloud by users, security challenges (DDoS or other cyberattacks), data loss and potential outages can increase.”