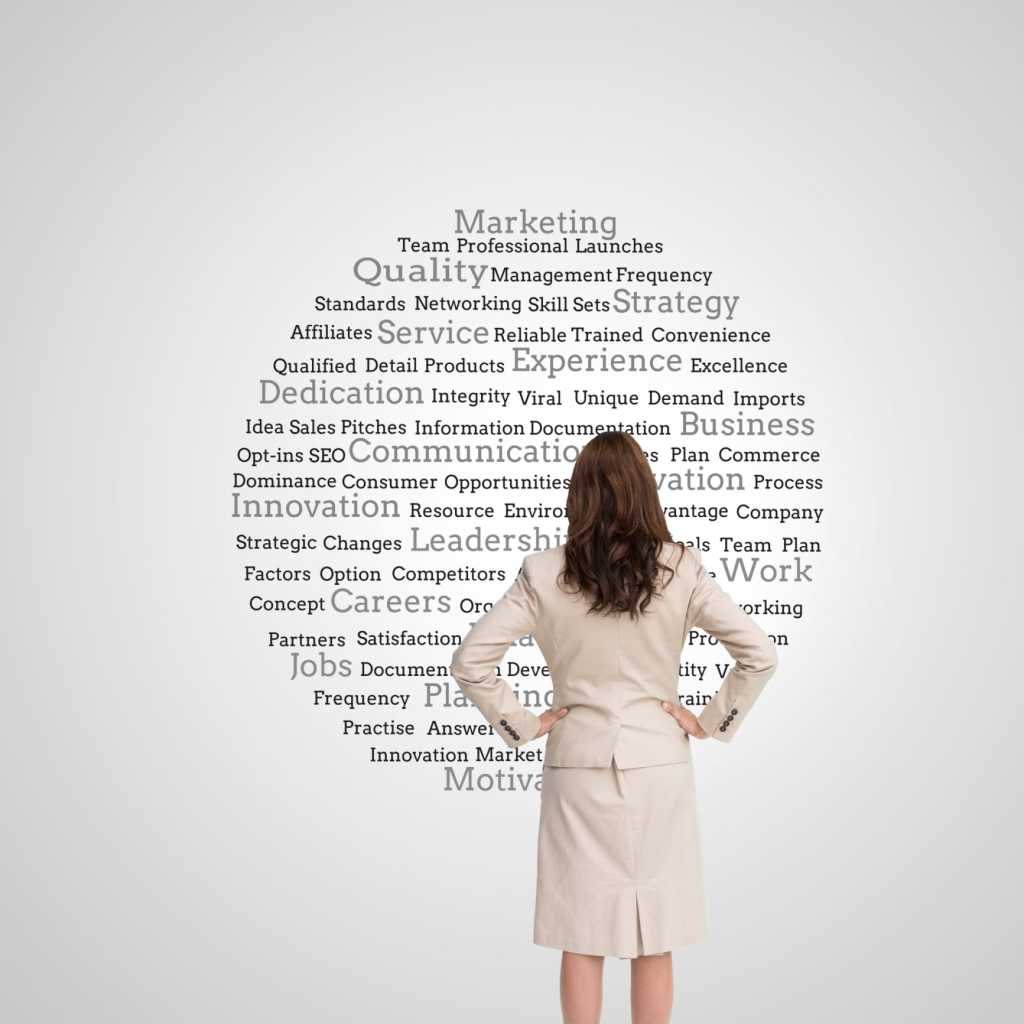 There’s been a lot of drama over at Yahoo. The news that its board had tossed out Marissa Mayer’s plan to sell off the Alibaba stake in order to get the cash needed to fund a turnaround and instead decided to spin out the core business didn’t seem to accomplish the “get the cash” part of the plan at all.

This would be like telling your son to sell the family car so you could buy food and having him come back proudly pronouncing he didn’t want to pay the taxes so he gave it away for free, so you don’t have to worry about the car anymore.   It’s like Jack in that beanstalk story, but without the critical magic beans.   Given Mayer’s is likely going to be asked to step down – making her just the latest in a long line of failed CEOs at Yahoo — I figured it would be a good time to talk about the attributes of a successful CEO.

[Related: Things get messy at Yahoo as reports of sales and a reorg swirl ]

I think they come down to four categories that form kind of a hierarchy: Craftiness, charisma, luck and knowledge. Let me explain why I chose these categories and explain the hierarchy.

This is the ability to effectively use everything you have the most effectively.   I place this first because the crafty CEO knows how to game the system. I don’t think you can become a CEO for an existing company without some level of craftiness. You typically just don’t have the time to get there on accomplishments alone.

What I’ve found interesting over the years is often the craftiest person in the company isn’t the CEO, but the person who gets the most benefits with the least risk. They may manipulate the CEO but they know that actually being the CEO comes with a lot of risk and that the huge financial perks the CEO get can, in and of themselves, become a problem.

These folks know how to manipulate, they know how to balance ethics and honesty and just when to take risks. They know both how to get things done and how to avoid doing stupid things. (I should point out that forgetting this last is often how the crafty CEO gets fired). Currently, I think the craftiest CEO we have had this century was Steve Jobs. No degree, fired for cause, yet he became the most successful CEO of the decade.

Jobs took a firm far more broken and sick than Yahoo and turned it into a powerful firm that rolled over Microsoft, RIM, Palm and even Samsung, all of which were initially far more powerful than Apple was. He even tricked Carly Fiorina, an experienced executive, into killing the only real risk to the iPod. The strongest tool for the crafty CEO is often marketing and Louis Gerstner, who is credited with turning around IBM, is a poster child for that.

There are people who through their abilities can convince others to do almost anything. They exude believability. The average person trusts the best of these on sight, will tend to follow them, and they exude a personal power that seems to naturally push them into leadership positions.

Charismatic people tend to drift into politics or religion where this capability is most valued and it clearly can be learned. Folks without much charisma can be leaders they just typically have to work harder to advance their agenda. It’s interesting to note that this is likely one of the least valued skills in a CEO, but one of the most critical. It amazes me how many top executives just don’t learn how to talk to audiences and develop their charisma.

You often find this in startup CEOs who have to form a team from scratch and develop a way of telling a story to create believers. This is the skill that gets orders followed, that gets investors to line up and invest, and gets people to buy products even when they really initially don’t need or want them.

Personal charisma is in most successful CEOs, the ones that figure out how to use this on large groups of people tend to be incredibly powerful. CEOs like Steve Jobs, Larry Ellison, Elon Musk and even Bill Gates seemed to understand that taking their personal skill to large audiences was a force multiplier.

The difference between good luck and bad luck often has more to do with what the reaction to the event is than the event itself. For instance, you might think losing on the TV Show Shark Tank would be bad luck, but if you leverage the visibility into a successful company, then the appearance — regardless of the outcome of the show — was good luck.

Another example of this is when Meg Whitman ran for Governor of California. Her Hispanic housekeeper was discovered to be an illegal alien and her campaign could have pivoted one of two ways. She could have embraced her housekeeper, changed her position on illegal immigrants, at least with regard to this individual and then likely won the election, but instead she tossed the poor woman under a bus and unreasonably blamed her opponent for the problem and that cost her the election. Same event, two outcomes.

Another example is the iPod, which was the core of the Apple turnaround, was supposed to go to S3, but they’d gone bankrupt. Had Steve Jobs not seen the opportunity, Apple likely would have failed as well. Instead, even though this was far from Apple’s core business at the time and he had killed every iPod-like program in the company, Jobs took the leap. Had he not, someone else would have had the iPod and Apple would have never gotten to the iPhone or iPad. So good luck is generally a combination of opportunity, insight and execution.

I put this last because I’ve seen successful CEOs, like Louis Gerstner, who were able to figure out how to use their other skills to make knowledge less valuable. This isn’t to say a CEO shouldn’t know their industry and products or that if they are good at getting knowledgeable people around them they don’t need this initially. Steve Jobs played at being an engineer, Bill Gates also dropped out of college, and currently it is common advice to suggest someone wanting to build a company do that rather than actually go to college. You can successfully learn on the job but, I will say, and most of the CEO failures I’ve seen to date support this that if a new CEO doesn’t have or quickly get industry and product knowledge, he is likely to make a whole bunch of avoidable mistakes, so being able and willing to close this gap is incredibly important.   But I also know a CEO can be wrapped with knowledgeable competent staff and the entire team can perform more than adequately.

[ Related: How to keep a founding CEO engaged post IPO ]

However, this is kind of a chicken-and-egg issue in that if the CEO doesn’t have the requisite knowledge then they likely don’t know how to properly choose a staff. This is why it is critical that the board take action to surround the inexperienced CEO with an experienced staff. This was core to the IBM turnaround. Gerstner was largely successful because he was partnered with both the leading financial turnaround expert at IBM’s scale in the world, Jerry York (the man was a legend), and wrapped with IBM executives that helped build the industry. The CEO that currently seems to be the smartest in the industry is Elon Musk, though even he has self-imposed blind spots.

Marissa Mayer was set up for failure

There is nothing to indicate that Mayer is very crafty. This was apparent when she was passed over at Google — the crafty executive just doesn’t get publically passed over.   She wouldn’t have the job at Yahoo or the job at Google if she didn’t have charisma, but she hasn’t learned to leverage it and like her Google peers, doesn’t understand how to use marketing as a force multiplier.   As a result most of the folks who need to understand her vision don’t appear to.

[ Related: Yahoo spinoff brings an end to a pioneering era ]

Mayer also wouldn’t have gotten the job if she wasn’t lucky, but even though she has folks like Katie Couric, a potentially very powerful visibility tool, (Couric single handedly took out Sarah Palin) she doesn’t seem to be able to use them effectively.

Finally, Yahoo’s board knew Mayer was both inexperienced as a CEO and inexperienced in media, but it didn’t wrap her with the experts she needed to be successful and Mayer still acts like a novice in the media industry. Even worse, the most experienced executive she had at the start, Ross Levinsohn, was forced out of the company early on, critically damaging the quality of her team. So she is light on knowledge and doesn’t have a team that closes that gap.

In selecting a CEO, the best candidate is a combination of competence in these categories, the ability of the board to close any gaps, and the willingness of the candidate to do what it takes to make the needed personal and staffing changes timely.   Both Bill Gates and Steve Jobs were meticulously recrafted from what they were at the start and this willingness and hard work founded both of their successes. Often either a new CEO fails because they are unwilling to change certain things, wrongly thinking a list of critical capabilities is optional.

It is the board’s responsibility to assure this doesn’t happen, and Yahoo is yet another example of a board that didn’t do its job. But maybe, if they learn from this lesson, the next CEO doesn’t have to be a failure and they likely could still save Mayer. I just doubt either of these outcomes is likely.