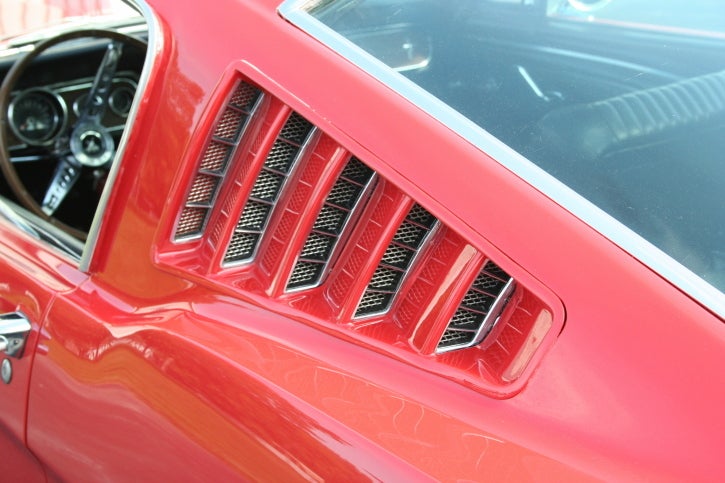 Ford’s technology department has officially shifted into second gear under CIO Marcy Klevorn. The automobile maker has restructured its IT processes to incorporate technology experiments that can be hastily abandoned alongside more traditional, measured technologies and systems that fuel the company’s operations. Klevorn says Ford’s adoption of bimodal IT, as it is known in some tech circles, is designed to help Ford winnow out bureaucracy, making IT service delivery more efficient.

“We’re a setting up a bimodal IT [process] and adding a group that is working on more emerging areas,” says Klevorn, who replaced Nick Smithers in January. “We’re going to try some things and learn.”

Coined by research firm Gartner, bimodal IT describes a way of managing two separate modes of IT delivery, one focused on stability and the other on agility. At Ford, bimodal IT is predicated on the company’s appetite for risk. Changes to technologies developed for manufacturing plants, or tools that involve customer data are considered high risk and must be implemented with caution in “core mode.” Lower-risk pilots that can be tested with less stringent security, documentation or governance fall into the “emerging mode,” she says. Emerging mode technologies that prove sound and secure may eventually move into the core mode, formalized in Ford business processes.

Ford’s move, which echoes the “fail fast, fail often and learn” ethos of modern technology companies, comes as the rise of ride-sharing and connected car services are accelerating change across the automotive industry. Self-driving cars under development by the likes of Google and Tesla portend further disruption. With several IT initiatives under way, Ford is demonstrating that it is as much a technology transportation company as it is a motor vehicle manufacturer.

A prime example of an emerging-mode technology is Ford’s use of iRobot’s Ava 500, a robot whose head is a tablet computer that includes video conferencing software from Cisco Systems. The robots roam hallways and attend office meetings as a proxy for remote workers. For example, a meeting leader working remotely can deliver his or her presentation via an Ava 500 co-located in a conference room with other employees.

The Ava 500 is also on the move on college campuses. Purdue University and Indiana University students visiting Ford recruiting booths can command, via a Web browser, an Ava 500 to tour the company’s Dearborn, Mich. headquarters, viewing motor vehicle inventory and getting a feel for what the company is like. In addition to allowing potential recruits to take a gander at Ford’s motor vehicles and operations, the more subtle message is that Ford is “very tech savvy,” Klevorn says.

Robotics telepresence can bolster Ford’s relationship with consumers in geographies where its footprint is much smaller than in the U.S. For example, the company has tried a similar solution (though not the Ava 500) in China, where consumers were able to control a robot to virtually tour dealerships and check out Ford Lincoln Navigators and access vehicle information from their home computers, smartphones or tablets.

In adopting bimodal IT, Klevorn is taking her cue from CEO Mark Fields, who has stressed that the company must adopt emerging technologies and find new ways to innovate even as it keeps its core business moving forward.

Ford’s challenges are multi-faceted. Uber, Lyft and other services are enabling drivers to become ad-hoc taxi drivers. Motorists are increasingly using their cars as mobile computers, texting and making calls via voice commands to Web-connected and sensor-filled dashboards controlled by several pieces of software. Ford’s IT department is embracing these changes by experimenting with electronic bikes, ride-sharing services and autonomous driving. In one new pilot, Klevorn’s team is building a mobile application that will allow Dearborn-based employees to request shuttle service using their smartphones, shortening long waits for shuttles.

Change management is perhaps the greatest challenge for Klevorn, who has 11,000 employees under her purview. Ford’s IT department has long operated like most Fortune 500 enterprises, employing rigorous processes and documentation to implement new technologies. But that won’t work for the crisper pace with which she wants Ford IT to deliver solutions to market.

To foster a more collaborative work environment, Ford software developers are writing applications side-by-side on one screen, a practice known as paired programming. “You get two minds thinking about a problem… it gets away from more of the hero mentality and more into the collaborative aspects of developing software,” Klevorn says. Ford developers are also practicing paired programming at Pivotal Labs in Toronto, where they work side-by-side with the company’s engineers to create software for connected vehicles.

To help streamline IT service delivery, Klevorn has instituted daily stand-up meetings, led by a “triage group” of senior IT managers. Members of this team — which includes Rich Strader, director of enterprise and emerging IT; Kevin Timms, director of IT application development and Jeff Lemer, director of IT operations — make themselves available for one an hour each day to business managers struggling with roadblocks, such as getting approvals, hashing out contract terms and other issues. She says the triage meetings will help her team not only make quick decisions but determine whether they should shorten some traditional processes. “Business colleagues working in the emerging mode can bring their issue in and we’ll get it resolved,” she says.

Klevorn is also building off a significant analytics roadmap that follows its own bimodal course: Parsing big data in “descriptive” and “predictive” buckets. The descriptive analytics include data mining capabilities that analyze information coming from Ford’s connected vehicle platform for historical trends or patterns in such crucial areas as fuel economy and safety. Predictive analytics attempt try to anticipate future trends that could give Ford a business advantage over the likes of General Motors and other rivals. Open source tools such as Hadoop analyze batch data on the back-end, while analysts view the output with Tableau and other front-end visualization tools.

Klevorn credits her retired predecessor, Smithers, with improving application development and other IT operations, including consolidating data centers from six to two, all of which has provided her a great foundation to align Ford’s IT closely with its corporate objectives for evolving to become more of technology company than an industrial manufacturer of motor vehicles. “We’re a car maker but as part of becoming more of a technology-led company and embracing transportation… we’re realizing that for some of our customers [owning or driving] a car may not be the best choice for their journey,” Klevorn says.