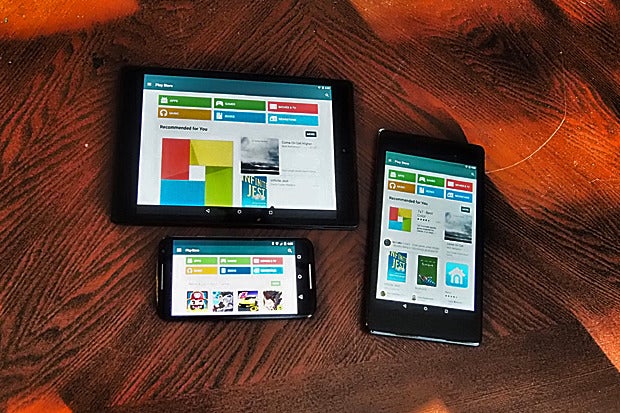 Detachable tablets are growing in popularity as sales for standard tablets wane, according to a recent report from IDC. IDC’s Worldwide Quarterly Tablet Tracker forecast reports that tablet shipments will reach 211.3 million by the end of this year, which is an 8.1 percent decline from 2014. This marks a three-year trend in declining growth for tablets, while detachable tablets and hybrid devices continue to increase in popularity.

Two-in-one tablets have been popularized by offerings like the Microsoft Surface, with options ranging dramatically in price and specs. While Microsoft may have popularized the detachable tablet, it isn’t the only company offering a hybrid device. In fact, nearly every manufacturer offers a version, including some running Android. Apple was top in the tablet market, especially for the enterprise, until very recently, but with the iPad Pro and optional keyboard, seems poised to jump on the detachable bandwagon.

Part of this shift, according to Jitesh Ubrani, senior research analyst of Worldwide Mobile Device Trackers, is due to the growth of Windows 10, which has given consumers more options in terms of tablets. As a result, Microsoft is expected to double its growth in tablets and hybrid devices by 2019. But the iPad Pro should help bolster Apple’s sales and help it regain some traction in the tablet market, Ubrani says.

Jean Philippe Bouchard, research director of tablets at IDC, points to a shift to “productivity-based proposition.” He highlights the competition in the marketplace from companies Apple, Google and Microsoft as each company releases its own two-in-one device.

These devices often feature affordable price points, with some even coming in under $100, according to Bouchard. IDC doesn’t expect this trend to fade either. It predicts bold growth for these detachable devices, with a projected 75 percent increase in sales for 2016.

Overall, small tablets, which IDC defines as a device ranging from 7 to 9 inches in size, will decline by 2019. In 2014, 64 percent of the tablet market share went to small tablets, but it fell to just under 58 percent for 2015 and is expected to reach 43 percent by 2019. Instead, medium-sized tablets and large tablets will see growth by the year 2019.

Those medium-sized tablets, which IDC categorizes as a tablet between 9 and 13 inches, held a little under 36 percent of the market share in 2014, but grew to almost 42 percent in 2015. IDC predicts that number will grow to 55 percent by the year 2019, and that tablets ranging from 13 inches to 16 inches will hold 2 percent of the market share, up from .1 percent in 2014.