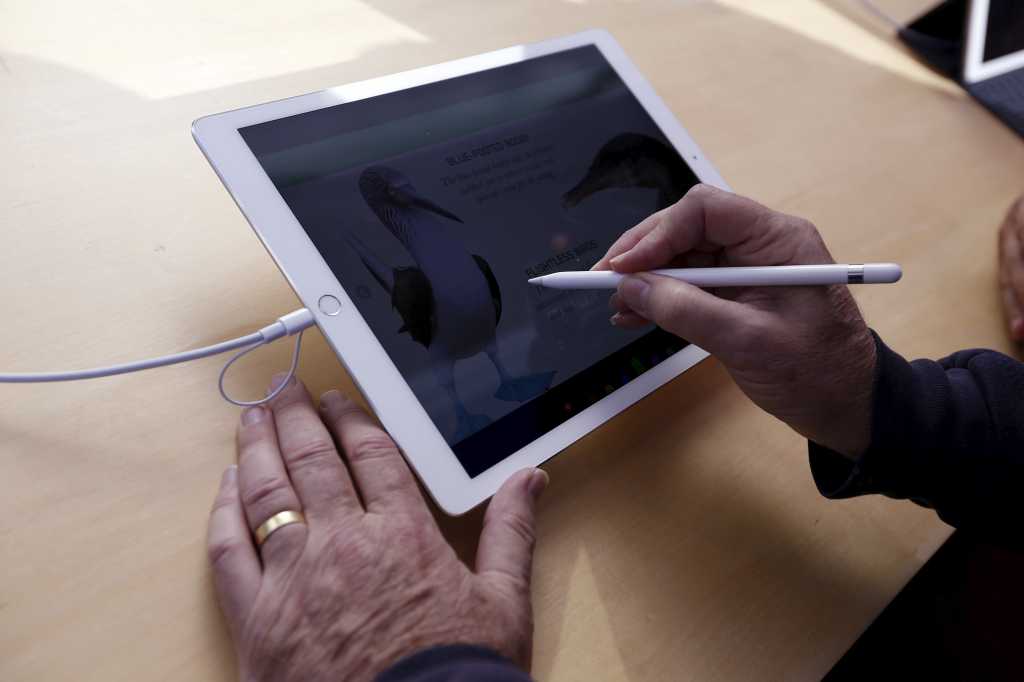 Tablets and laptops have their own individual strengths and limitations, regardless of the manufacturers or underlying OS software. Apple’s super-sized iPad falls somewhere in between a typical tablet and notebook, but its name suggests the new device, unlike previous iPads, is designed to get things done. However, while iPad Pro (prices start at $799) does many things better than a laptop, it simply doesn’t match up in other areas.

After using the iPad Pro almost exclusively for the past month, I found three reasons why the tablet cannot replace my laptop. However, I’m also convinced that it’s not really designed to be a notebook replacement. For many people, the iPad Pro is not a suitable laptop replacement. But that’s not necessarily a problem for Apple. The iPad Pro is not a notebook computer, and comparing it to devices in a class different product class is a mistake that’s unfair to Apple, to the iPad Pro and to its potential users.

Apple brought many enhancements to the iPad Pro in the form of hardware upgrades, such as the 2.25GHz dual-core Apple A9X chip and a 12.9-inch touchscreen with 264 pixels per inch. But the software that powers the device is still a mobile OS and is therefore limited.

The iPad Pro runs iOS 9, the same software that powers Apple’s considerably smaller and less aspirational iPhones. The multitasking features in OS 9 make perfect sense for devices with large screens, but they let users see only two apps at a time. And many iOS apps still don’t support the feature.

The Split View mode in iOS 9 provides a multi-window view, but it simply doesn’t do enough to overcome other related shortcomings. The 3-1 and 1-1 Split-View display ratios dramatically improve iPad Pro multitasking in apps that support them. However, the feature is slow, and the lack of responsiveness makes it feel more like a first attempt than a valuable functionality.

The iPad Pro’s secondary app switcher displays all of the user’s Split View-compatible apps in a side column, but it is completely unorganized. The feature shows only three apps at a time, and its large icons don’t provide shortcuts to specific functions within apps. If dozens of apps are open simultaneously, it takes too long to swipe through to find specific apps. And the interface for switching between apps is unintuitive.

Apple Pencil, Smart Keyboard leave much to be desired

In an attempt to address touch-screen-related input limitations, Apple built a number of features designed to let users draw, write and interact with iPad Pro without touching its screen. While Apple’s Smart Keyboard (as well as alternative keypads from other manufacturers such as Logitech) and the Apple Pencil stylus enable different input mechanisms, iOS 9 is still specifically designed for touch.

No easy and fast way exists to scroll through content or documents without a trackpad, and the lack of a cursor means it’s difficult to accurately input text and other data in many applications. The Apple Pencil resolves some of these challenges, but the need to pick up a stylus when you want to select text or other objects quickly grows tedious. Unless you’re an artist, architect or are otherwise inclined to sketch, the Apple Pencil doesn’t serve any real purpose — and it’s expensive at $99.

Apple’s Smart Keyboard is another matter entirely. The iPad Pro screams for a full-sized keyboard, thanks to its sheer size. Unfortunately, though the Smart Keyboard shines in some ways, it disappoints in important other areas.

The Smart Keyboard’s provides useful tactile feedback. In fact, the Smart Keyboard is one of the best feeling keypads I’ve ever used. However, while the feedback and feel of the keys on Apple’s Smart Keyboard, which costs $169, are great, the accessory is somewhat floppy and it doesn’t work well when placed on your lap. To comfortably use the iPad Pro along with the Smart Keyboard, you need a sturdy tabletop or desk. I used the flimsy keyboard on my lap dozens of times during the past month, and it always felt like a chore.

Apple says more than 850,000 apps were designed and optimized for Apple’s iPad, but few of them take advantage of the large screen and Split View features. Even some hugely popular productivity apps, including Google Docs, can be used only in full-screen mode. Due to the fact that iOS apps must also be tweaked to support the attached keyboard, many can’t yet accomplish even simple keyboard shortcut commands, such as cut, copy or paste. So users frequently need to jump through hoops and use the touch screen to access basic features. This isn’t all Apple’s fault, and developers must enable these features in their own apps, but the limitations reduce the allure of the iPad Pro.

Until Apple develops a new version of iOS specifically for the iPad, or designs an entirely separate OS as some analysts have suggested, iPad Pro will continue to come up short when stacked next to laptops that run full “desktop” OS software, such as Microsoft Windows 10 or Apple’s Mac OS X.

Apple is partially to blame for the confusion over iPad Pro’s potential to replace the laptop. When the iPad Pro went on sale last month, Apple CEO Tim Cook said “the iPad Pro is a replacement for a notebook or a desktop for many, many people.” Apple hasn’t said iPad Pro can replace everyone’s notebook computer, but the company should provide more clarity in the form of specific use cases to highlight the types of people who could embrace iPad Pro over a laptop.

[Related: 8 reasons to buy an iPad Pro vs. a MacBook (and vice versa)]

Instead, Apple straddles the fence by targeting business users and creative artists without meaningfully addressing device limitations. The company should just say iPad Pro isn’t really meant to be a laptop replacement, especially for users who depend on traditional OS software in their daily jobs. Many people and organizations won’t even consider buying both a laptop and an iPad Pro, based on price alone. So in many cases, it’s an either-or proposition.

For me, the iPad Pro falls short too often to use it as my sole computer. That said, I’m a writer, and I use mostly word processing software and other editorial-focused apps. Were I more artistically inclined or a graphics pro, I might have a different story to tell because the gadget is great for a specific set of tasks. Simply put, the iPad Pro has the majority of features and functionality the average laptop owner needs, but the large tablet isn’t always easy to use, or intuitive, which limits its overall usefulness.