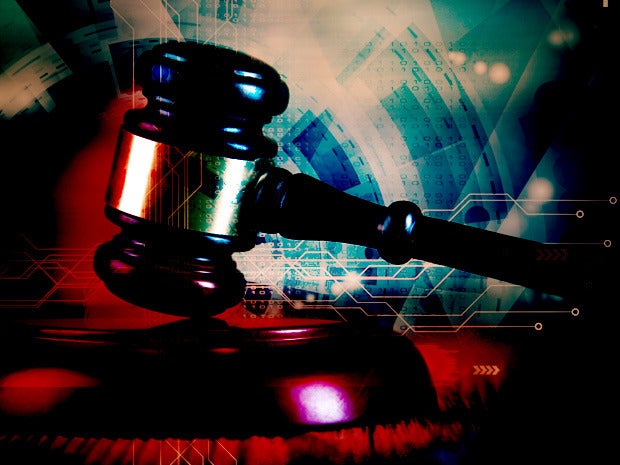 I cover litigation between firms and governments and I’ve been involved in a few dustups myself. As we approach the holidays, I figured it would be fun to share what I’ve learned in the hope that some of you can learn from my mistakes and avoid making your own. So whether you are in court against your cheating spouse, nasty neighbor, ex-employer, or managing a litigation for your firm, here is my list of annoying things that unscrupulous attorneys do to win.

By the way, before we start, a word on arbitration. Arbitration is presented as a faster, cheaper way to get to a decision. It is generally not appreciably either. What it does is provide protection for the defendant, generally a large company with deep pockets typically to ensure against a huge judgment. So, as a company you like arbitration, as an individual not so much, and if someone is demanding arbitration and they aren’t a company, you should figure they are anticipating cheating you.

A comment on contracts. This can get around most of the problems you’ll ever have with a contract. If both sides agree on what to do then a contract is largely redundant and will stand. If either side doesn’t agree on what to do then the contract will likely fail and you’ll end up in court. So, something to noodle on over the holidays, contracts work best when they are redundant. Before signing one ask yourself if you or they would do what you are agreeing to anyway. If that is not the case you might have to consider that you could end up in court and you need to draw the contract up accordingly.

If anyone ever convinced you that attorneys don’t lie, take that memory out of your head and realize that they often do. They aren’t under oath and they can certainly say whatever comes into their heads. This means you need to be well-versed in the facts and, particularly in a deposition or during testimony be aware they are going to try really hard to trick you into saying something that isn’t true but will benefit their case.

If they make a statement that is critical make sure you research your response before responding, and if you don’t remember that is a valid response. Also be aware that not only do attorneys often tell clients what they want to hear, but we selectively listen and often hear only what we want to hear. This can make litigation really expensive because we won’t recognize that our position is untenable until after wasting thousands in attorney fees.

This goes to contracts. Taking contract clauses out of context, reading them without punctuation, inserting lines that aren’t in the agreement, and making clauses up are all tactics I’ve seen used in negotiations.   Make sure you read along with the attorney and before entering a negotiation you know every major clause nearly by heart. You need to have a good grasp of the case as well so you understand the core elements of the case otherwise you can get maneuvered into agreeing to items that seem minor, but turn out to be pivotal to your effort.

It is not uncommon to have to change attorneys during a case, particularly a long drawn-out one. You may find you need different skills, the attorney you are using my not have the time for you, may move, retire, get sick, or even pass.   Litigation can often be measured in years.   What often happens is that when you get a new attorney the other side will argue against decisions and agreements that were made prior are no longer valid and use this as an argument to significantly hamper discovery or move the case in their direction.   The way to overcome this is to either make sure you are fully up to speed on what has been agreed on and are in the room or on the call, or have both the old and new attorneys work the case for a transition period until the new attorneys are fully up to speed.

One thing you need to understand is that getting an attorney disbarred is really difficult.   Generally they either have to be caught stealing money from you or using someone in the capacity of an attorney who isn’t licensed. That’s about it, and even the process to complain about an attorney is pretty convoluted.   The result is that there are a lot of attorneys practicing law who aren’t particularly good at it and likely can’t spell ethics.

You need to have solid recommendations for anyone you do use and you need to keep a close eye on things and catch them early because your recourse against an attorney’s misconduct is very limited. Even the enforcement of disclosure rules appears pretty arbitrary. Ideally, you want good attorneys on both sides because you’ll likely get to an agreement faster. A bad attorney on either side is just a money hole.   But if a bad attorney is in the mix, having them on the other side is vastly less costly than having them on your side.

Negotiate reasonable contracts at the get-go to avoid expensive litigation

Litigation is a very expensive undertaking and if you take away one thing realize that two parties typically enter into litigation both thinking their right and one side is invariably wrong. You can save a ton of money if you make sure you avoid getting into legal battles when you are on the wrong side. This means that from an ethics standpoint negotiating contracts that are reasonable for both sides can be far more profitable and less stressful than constantly trying to creatively take advantage of your opponent.

In addition, and as I noted above, contracts are best when they are in the best interest of both parties. Some of the longest and most expensive court battles I’ve ever seen are between parties who believed the other side signed an unreasonable deal.   Or, modifying the rule to say “If it looks too good to be true, it probably will end up in nasty litigation,” should help keep you from contracts you never should have signed in the first place.

Merry Christmas, here is hoping you don’t have to spend any time in court in the New Year.