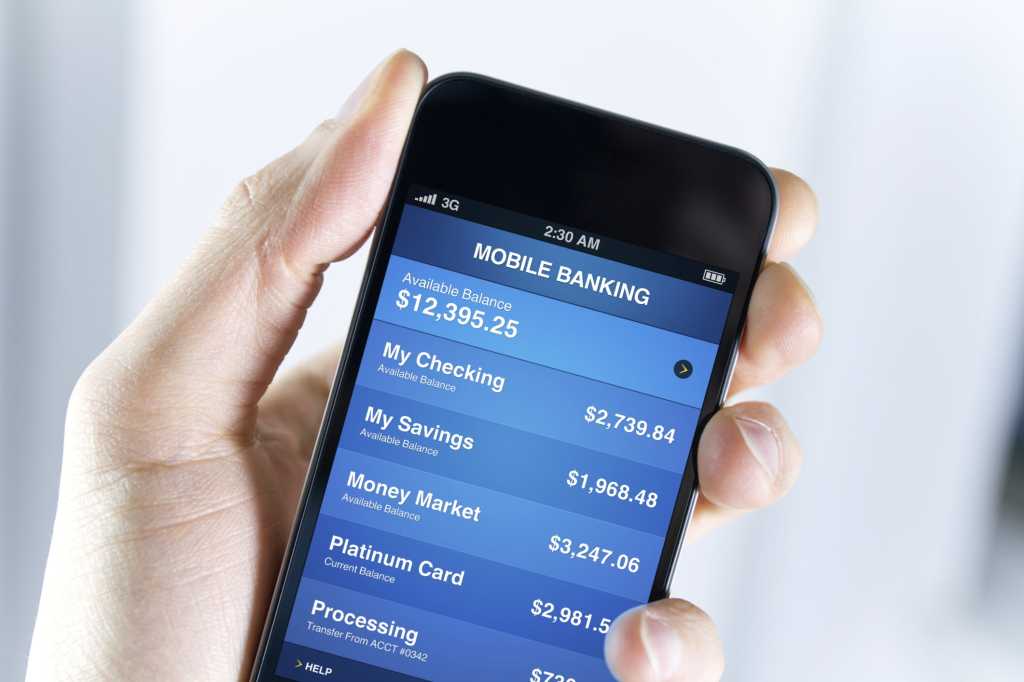 On the startup side, new players on the financial services scene are shaking up the landscape all across the industry quadrants of banking, investing, insurance and payments, says Cliff Condon, chief research and product officer at Forrester Research.

The impact of these “digital disruptors” is especially hard to miss in areas like loans, mortgages and investment advice.  In fact, “non-banks” accounted for a whopping 38 percent of the $1.2 trillion mortgage origination market last year, according to industry newsletter Inside Mortgage Finance.

Beyond that, about half of wealth management customers don’t have all that much trust in financial advisors, according to research presented at cloud service enabler Salesforce.com’s recent Dreamforce 2015 conference.

Where startups hold the edge

Startups enjoy three kinds of advantages over more established firms, according to Benjamin Ensor, another analyst at Forrester. “Firstly, they are not regulated. Secondly, [startups] do not have legacy systems that can make it difficult to do new things fast. They are also not constrained by legacy thinking that can sometimes hamper big, hierarchical established firms. Thirdly, startups have often been quicker to embrace new technologies,” Ensor says.

[Related: How Goldman Sachs and Bank of America use the cloud and containers]

Yet tech wizardry alone isn’t enough to help the established players. Instead, CIOs need to work hand-in-hand with CMOs who are developing solutions that “transform the customer experience” while also driving revenue growth, says Forrester’s Condon.

That said, established firms such as CBW Bank, Stearns Bank, Barclays and TD AmeriTrade claim to be coming out with new and more astute financial services. Before diving into what these pioneers are doing, here’s a look at a few of their many challengers from the ever-expanding world of startups.

The Lending Club. Launched in 2006, the Lending Club has already facilitated more than $6 billion in peer-to-peer loans. An alternative to commercial bank loans, the Lending Club’s loans are provided by individual and institutional investors who have historically received returns by Grade A-C of 5.23 percent to 8.82 percent. (Compare that to the 0 percent interest you’re likely to get on a bank savings account!) After filling out an application and receiving a credit score and interest rate, a borrower typically starts receiving offers from investors in minutes, according to information on the startup’s website.

SoFi. SoFi is a service geared to younger adults. The startup is focused on providing graduates of colleges and universities with financial services – and an array of unique related offerings – throughout their lifetimes.

Early on, SoFi provided student loan consolidation and refinancing services to these promising young stars.  However, offerings have expanded to include career coaching, first-time home mortgages and upscale networking dinners in brick-and-mortar locations throughout the U.S.

LearnVest. Also geared to people just getting started in their careers, LearnVest is a multifaceted mobile app for tracking spending, setting financial goals and working toward them, building budgets, viewing personal net worth and accessing articles about stock market investing and an assortment of other financial topics.  Consultations with human financial planners are also available.

Yet while the app itself is free, you must pay for the financial consultations.

Betterment. “Startups like Betterment or Wealthfront have been quicker than most established firms [to adopt technologies like] open source software, the public cloud, developer SaaS, and HTML 5,” says Ensor.

Known in the financial business as automated investment services (or less flatteringly as robo-advisors), these services avoid the need for human advisors by using software systems to create portfolios for investors based on risk tolerance. Investors are then provided with exchange-traded funds (ETFs) appropriate to these risk tolerance levels.  In contrast to WealthFront, Betterment charges smaller account fees and no trading fees.

CBW Bank. The Moven app contains similar features for tracking spending as LearnVest, with color-coded categories for various kinds of spending. Like LearnVest, Moven can be linked to multiple debit and credit card accounts. Moven, however, also comes with its own MasterCard debit card, which is issued by CBW.

Although Moven is a separate company, the app actually originated at CBW, says NGData’s Noels.  Capabilities recently added to Moven include a new Lock Away Savings prompt to urge users to save money when they are below their typical spending patterns, plus a link for operability with an Apple Watch.

Meanwhile, earlier this year, the technologically aggressive, Kansas-based bank introduced a new debit card called OneCard, which lets a user send money to another OneCard user free of charge. Reportedly, money can also be send to a debit card at another bank for $3 in just a few minutes. And for $4, to a checking account with another bank in the same day.

Stearns Bank. At first glance, Stearns Bank’s websites might not seem revolutionary. However, unlike most other community banks, Stearns views (and treats) lending as a process that shouldn’t be a paper-based ordeal.  Stearns supplies online application forms for home mortgages and SBA loans, for example, along the same lines as you might get from specialized lending startups.

According to Darren Lowe, vice president of Information Technology for the Minn.-based company, Stearns is also adopting banking systems and automated workflows that will remove the need for loan seekers to enter the same data multiple times during the loan approval process. In September, Lowe stated that Stearns had already replaced OpenText with M-Files software for consistent document management throughout the bank.

Barclays Bank. In the U.K., Barclays rolled out a Skype-like video service last year that lets Premier customers consult with human relationship managers on a live, 24/7 basis, either from their PCs or via a mobile app. The bank’s plans call for later extending the service to mortgage and wealth customers, and eventually to all customers, according to Forrester’s Condon.

The multinational bank also offers a mobile app for the U.K. housing market that lets customers browse available homes, calculate mortgage payments, and contact real estate agents from their phones or tablets. In the near future, the bank plans to be able to tell all mortgage seekers their pre-approved mortgage amounts online. The bank will also use credit reporting tools to get back to non-customers within about 10 minutes.

Barclays is maintaining a propriety data analysis and decision-making engins in its own data centers, while layering Salesforce.com’s cloud platform on top, said Steve Weston, CEO of Mortgages for Barclays, also during Dreamforce. Barclays has no retail banking operations in the U.S.

[Related: Apple’s P2P mobile payment service would ‘create a shockwave’ in the industry]

TD AmeriTrade. Although not nearly as old as Barclays or even CBW, TD Ameritrade has roots in online trading that stretch back 40 years. “Leading firms like TD AmeriTrade analyze Web pages and mobile apps continuously, making ongoing improvements based on traffic and behaviors,” says Ensor.

The online broker also offers investment counseling services through registered investment advisors (RIAs). However, according to Tom Nally, president of TD AmeriTrade Institutional, the online trader has now adopted an open architecture stance for robo-advisors, allowing financial advisors to use other platforms beyond TD’s iRebal software to assist them in digital asset management for clients.

Secretly winning … or winning in secret?

Clearly, established financial firms need to take heed of the threat posed by startups. For competitive reasons, however, these firms often build new systems in stealth mode, meaning that other initiatives may well be underway.

Although Wells Fargo is an NGData customer, for example, Noels can’t disclose the details of that implementation. In a project with another financial firm, though, NG helped combine customer and geo data for a mobile app feature that sends coupons from nearby retailers – customized around preferences culled from big data analysis – to bank customers based on their location

Noels says that NG is currently working on a project to put together customer profiles which are consistent across all channels, such as mobile, email, Web, video messaging, branch offices and call centers.

For its part, Salesforce.com claims to be working with financial customers that include Citi, Bank of America and Fidelity Investments, to name a few, as well as with disruptors like the Lending Club, Personal Finance and, on the insurance side, Friendsurance.

While some of the established firms will fall, so will many of the startups, according to Ensor. “It is not the case that all startups are winning and all established firms are losing. Many FinTech startups will fail, but we believe a minority will succeed. Some established firms, particularly weaker ones not focused on customers, will be pushed to the wall over the next decade because they will lose customers to new businesses and stronger customer-obsessed competitors that learn from (or acquire) successful new businesses,” the Forrester analyst says.