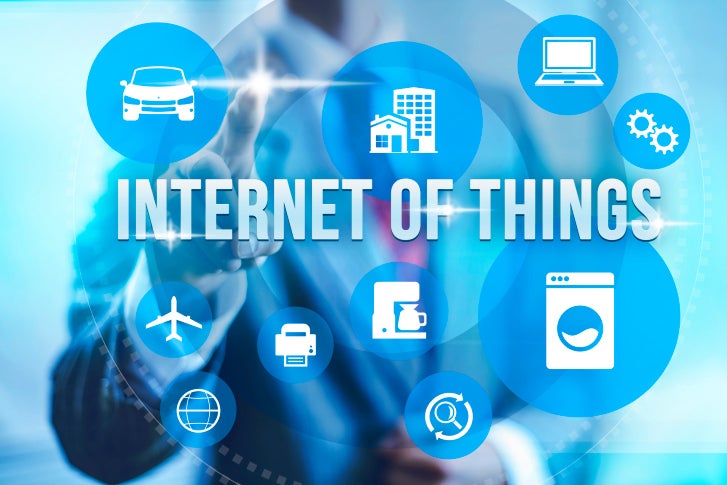 Here comes the Internet of Things ( IoT). Again. A year ago, I wrote a column here arguing that the IoT movement isn’t all that it’s cracked up to be, primarily because being able to connect “things” doesn’t make them an “Internet of Things.” I thought it would be a good time to revisit my position in light of all the press that IoT has been getting lately.

Gartner has estimated that some 6.4 Billion connected things will be in use by the end of 2016, with some 5.5 million new things getting connected every day. This is a significant increase on their earlier estimate of 4.9 Billion connected things for 2015. Clearly a lot of connected things have come online and continue to come online. A further analysis reveals that over 60 percent of the connected things relate to the consumer goods industry, with the rest being split evenly between cross-industry devices such as light bulbs and industry specific devices such as hospital equipment. We have also seen an unexpected increase in buzz around driverless cars which are the biggest poster boys for the IoT movement today.

By all accounts, the world of healthcare wearables is witnessing a boom. Heightened awareness of health and fitness (driven, not least, by huge increases in out of pocket costs for healthcare consumers) is driving healthcare consumers to invest in tracking devices and monitors that can head off expensive physician and hospital visits. Digital health startups have received record funding, and there seems to be no let-up.

At the CES show last week in Vegas, IBM CEO Ginni Rometty’s keynote address focused heavily on IoT and its intersection with cognitive computing. While this is understandable given IBM’s big bets on Watson and its applications in multiple fields, the examples presented during the talk also gave us a glimpse of what is coming. One of these was from the world of healthcare – a fascinating application being developed by medical devices company Medtronic that transmits wearables data to the Watson cognitive computing and predictive analytics platform and demonstrated the ability to predict a hypoglycemic event for a diabetic patient, 3 hours in advance of such an incident.

What could possibly be wrong with this picture? Here are a few factors, in the world of healthcare, that will impact and influence the growth of the IoT movement.

— Healthcare ‘things’ don’t necessarily talk well to each other: I said this last year and I’m saying it again. Part of the problem is the “I” word – interoperability issues that keeps critical electronic medical records (EMR) locked up in proprietary systems such as Epic, and part of it is that the makers of “things” like to operate within proprietary platforms and standards, such as Apple. The interoperability issue is being gradually addressed through the formation of consortiums that are trying to set industry standards, and several innovative startups are building cloud-based applications on data gathered through a collection of API’s. Not what we may call true interoperability yet but definitely a positive trend.

— Errors in data capture: I have a wearable device that I use for tracking my activity levels, and I can say this with confidence – I wouldn’t show my wearable data to my physician today and ask him to use it for my annual health check-up or for a diagnosis for a medical condition. While the data capture is directionally correct, the inaccuracy levels across a range of activities and states are well outside of what I would consider tolerance levels for them to be considered “medical grade.” Call them “meditoys” if you will, because they are consumer devices today that are yet to mature into real medical devices. We are also seeing unexpected backlashes from consumers misled by wearables data who may decide to sue for damages, as we are seeing in the case being brought against Fitbit.

— Privacy and security concerns: Where there’s a healthcare application, privacy and security can’t be far behind. The consumerization of healthcare is likely to draw consumer good companies into the sector, lured by the opportunity in this fast growing sector. However, playing fast and loose with consumers is likely to earn a slap on the wrist from government agencies that are looking out for consumer interests. Lab test company Theranos was forced to withdraw unapproved devices last year after an FDA inspection, and brain training company Lumosity has been fined by the FTC for misleading ads. As the IoT movement gets under way, we will see the FCC getting involved in protecting the privacy of healthcare consumers, as devices start “talking” and transmitting personal medical information. At the same time, increased threats of hacking of medical devices will remain a dampener on the IoT movement.

The coming of age of IoT in healthcare is under way. The Medtronic device that was showcased at CES was definitely a real example of something that can impact health outcomes and even save lives. We need more of these and a quicker adoption rate for positively impacting health and wellness. Till then, we may have to make do with Bluetooth-enabled toothbrushes and sun-sensing tattoos.