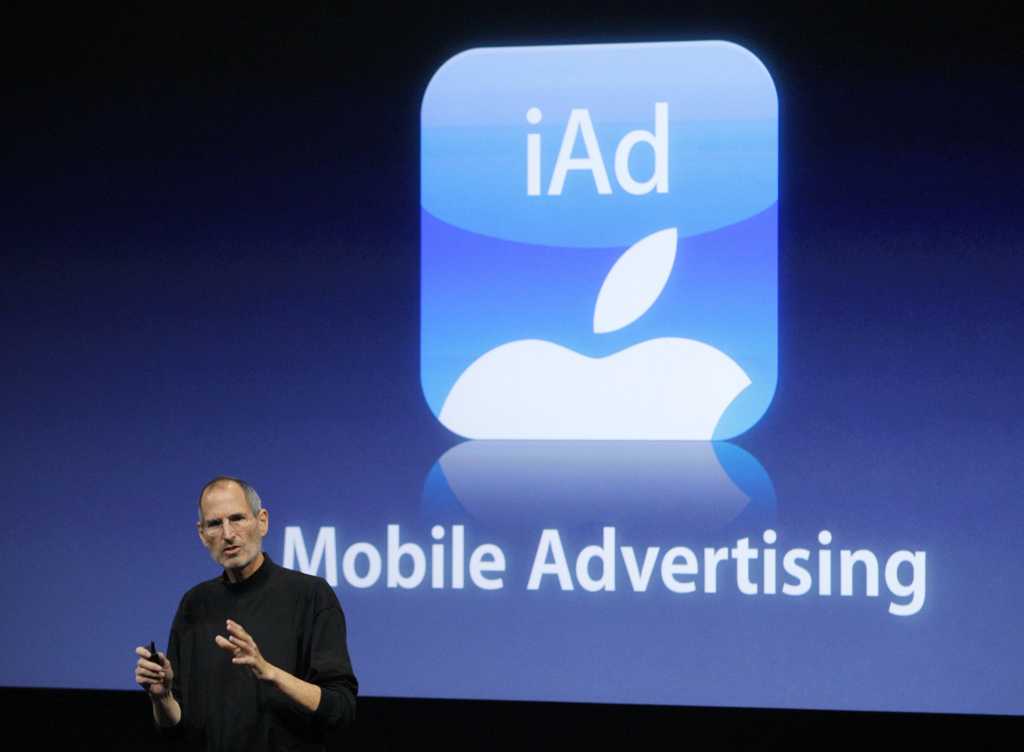 Apple’s six-year effort to build a new advertising business that targets iOS users this week hit a major bump in the road. The company plans to abandon significant components of its iAd platform, and it will no longer sell or create mobile ads, according to a report on BuzzFeed.com.

The company will also reportedly eliminate its iAd sales force, and replace it with an automated process and updated mobile ad platform that publishers can access directly. Publishers will also gain full rights to the revenue they generate via the new platform.

“Selling advertising is a highly tangential business to what Apple does at its core,” says Rebecca Lieb, an industry analyst and advisor. “Apple’s market share in the sector is abysmal in comparison to Facebook and Google. It’s hard to imagine Apple investing in and prioritizing such a parenthetical business.”

iAd struggled to gain traction, and it failed to deliver key information that advertisers seek such as user data for ad targeting and third-party tracking, according to Seth Shafer, a research analyst with SNL Kagan. Apple’s move to a self-service platform isn’t surprising, “especially in light of other recent moves, such as allowing ad blockers in the App Store for the first time,” he says. “The average Apple device owner is a desirable demographic to reach for most advertisers, but other ad platforms offer far more capabilities to target across devices and deeper analytics and tracking,”

Apple CEO Tim Cook recently took a stand against what he perceived as the technology industry’s ongoing exploitation of consumers’ personal data, and he said people should not “have to make tradeoffs between privacy and security.” Some critics saw iAd as a contradiction to those comments, though Cook always said iAd was a “very small part” of Apple’s business and maintained that it adhered to higher standards than competing ad networks. “Consumer privacy seems to be far more important to Apple right now than whatever incremental revenue iAd might generate,” Shafer says.

Some brands quickly soured on iAd for reasons beyond Apple’s unwillingness to share customer data with marketers. The high price of ad placements (a seven-figure minimum at one point) and virtually unparalleled control Apple held over the creative process didn’t win the company many fans in advertising circles.

Apple’s tepid, and at times adversarial, approach to advertising might keep iAd from ever becoming a success, regardless of the company’s changing business model, according to Shafer. “iAd has never been more than a niche player, so I don’t think removing direct sales support will have much of any impact on publishers or the overall landscape,” he says.

For iAd, less is more

The next iteration of iAd might not have much of an effect on the advertising market, but it could benefit the publishers who will get direct access to the iAd platform. Apple is probably “looking into the future and seeing that display advertising on mobile platforms is losing favor as video and native advertising rise to prominence on mobile device,” Lieb says. Other software and hardware companies, such as Microsoft, also recently moved out of the ad business, she says.

[Related News Analysis: How Apple’s privacy stance could give Google an AI edge]

“Digital behemoths — the Apples, Facebooks, Googles and Microsofts of the world — are all dipping into one another’s core competencies, be they search, social networks, ad sales, media platforms, etc., with varying degrees of success,” Lieb says. “Generally, the further they stray from their core competencies, the more such endeavors are doomed to fail.”