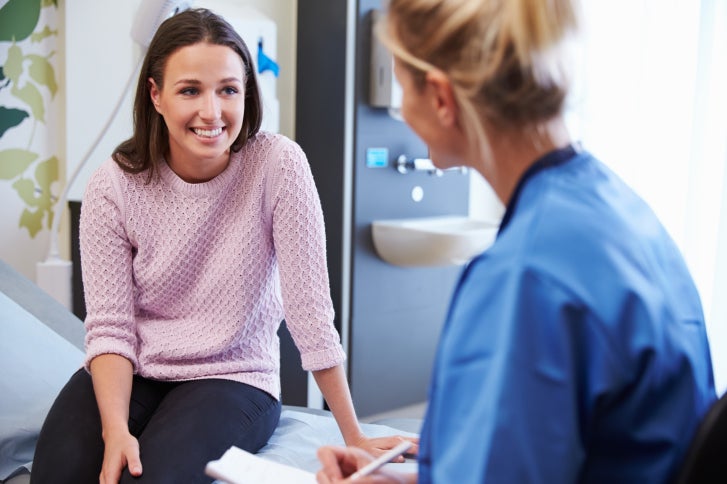 It might seem strange to compare a patient’s hospital stays to a consumer indulging in the extravagances of a four-star hotels. Yet Yale-New Haven Health System is improving its healthcare services based on real-time patient feedback, collected via tablets, about anything from the cleanliness of rooms to the friendliness of nurses.

Consumers choose hotels based on their reputations for comfort, dining and other amenities. Similarly, patients have several options for healthcare providers, says Lisa Stump, CIO of Yale-New Haven Health System. And in an age where Yelp and Twitter can make or break reputations, hospitals must deliver the best experiences to make patients prefer their facilities. “We give you back some control in an experience where you don’t have a lot of control because you’re stuck in a hospital bed,” Stump says.

Yale’s effort is part of a national push toward consumerized health–care, giving patients more control over their experiences. It also followed federal healthcare reform in which patient survey data can impact a hospital’s income from the Centers for Medicare and Medicaid. Startup Docent Health just bankrolled $2.1 million in funding to build software that will help organize and monitor every aspect of an individual’s hospital visit.

Yale began using Samsung Galaxy Tab tablets loaded with feedback software from Humm in early 2015. It works like this: Nurses give patients the tablets, explaining that completing the digital survey will help them improve their stay. Patients answer multiple-choice questions about room cleanliness, staff friendliness and responsiveness, floor noisiness, and other attributes, directly in the Humm cloud application.

In the digital equivalent of hitting a nurse call button, patients may tap a button in the Humm software to send an immediate request to the housekeeping for a room cleaning. That’s not possible in traditional feedback processes. “The incentive to complete [the survey] while you’re sitting here in the hospital is that we’re going to fix it for you,” Stump says. Yale presents patients with a different survey during discharge, where it might ask questions about pain medications they offered.

The point-in-time feedback approach is stark departure from the Press Ganey paper surveys Yale sends out to patients after they’ve left the hospital. Stump says the problem with that approach is that a month typically goes by before Yale receives the questionnaires — far too long to accurately assess the feedback and make appropriate changes. Oftentimes, the patients don’t return them at all

Getting real-time feedback is a sound strategy in a market where Yale competes with large healthcare systems in Boston and New York City, says IDC analyst Judy Hanover, who covers healthcare. “Attracting and retaining patients is going to be a priority,” she says. “They want to keep their beds full with high-revenue-generating cases and keep referrals within their system.”

Since Yale implemented Humm, many patients who do fill-out the Press Ganey surveys after the conclusion of their care visit, indicate that they’ve had a good experience, Stump says. “We’re all going to make mistakes and there’s going to be hiccups in operations… but we can fix it in a timely manner and improve our service to patients,” Stump says. Yale is currently running Humm on 70 tablets across 19 locations.

Humm’s software is used in more than 200 food service and hospitality organizations, but its expansion into healthcare started in late 2014. Humm CEO Bernard Briggs says he received a call from a Yale dean who had been impressed by Humm after dining at a Vermont restaurant. Could the software be adapted to work in a hospital environment, the Yale dean asked. Briggs flew to New Haven the following week to introduce Yale’s patient experience team to Humm’s platform and technology. The two organizations spent eight months fine-tuning the software.

Briggs credits his work with Yale with accelerating Humm’s push into healthcare, where it now serves 100 customers, 80 of whom have signed up in the last four months. He says he recommends that hospitals limit the feedback surveys to five to seven questions to avoid overwhelming the patient. “Patients in a hospital are guests and we need to start thinking about them as guests,” Briggs says.

Humm isn’t the only healthcare monitoring tool Yale has implemented. The hospital’s electronic medical records (EMR) system, from Epic, identifies patients with potential care gaps. For example, the EMR software monitorswhether patients of a certain age or gender are due for a vaccination or screening test, or whether a diabetes sufferer requires a routine exam. Patient engagement software from Emmi Solutions conducts outreach, via phone calls and emails, to schedule patient appointments. “From a population health perspective, it’s been a real help to our overall tracking of patients,” Stump says.

Stump says Yale is also using Hadoop analytics software to comb through millions of tweets, ostensibly to learn more about patient sentiment about Yale. The plan is to pair the Twitter data with the feedback collected by Humm and Press Ganey for more holistic context. “We think all of We are being rated and report carded by consumers,” via social media Stump says.