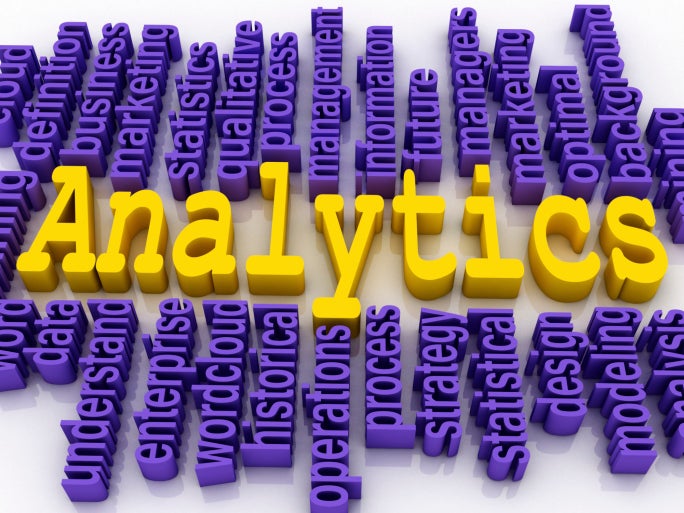 “Business leaders continue to face many varying challenges and opportunities, and staying ahead of these trends will have a lasting impact on how their organizations will operate in the future,” says John Lucker, principal, Deloitte Consulting. “By going on the offensive with issues such as cybersecurity, organizations are making a strategic shift in the way they operate. Concurrently, the widening data scientist talent gap could be a business growth barrier. One thing is certain: effectively using analytics is essential in delivering insights that help achieve new levels of innovation and value.”

1. Cybersecurity: Offense can be the best defense

Cybersecurity is no stranger to Deloitte’s trends lists, It was called out in its report last year. But a shift is occurring in the market, Lucker says, citing an IDC finding that the worldwide financial services industry was projected to spend $27.4 billion on information security alone in the last year. These organizations, he says, are no longer content to take to take the traditional reactive approach to security. Instead, they are beginning to employ predictive approaches to threat intelligence and monitoring. These approaches may include automated scanning of Internet “chatter” by individuals who may intend the organization harm, or analyzing past hacks and breaches to create predictive models for tomorrow’s threats.

“With cybersecurity and the analytics around it, it’s very important to be more on the offense and not on the defense,” Lucker says. “Now it’s more about using analytics and cognitive computing and machine learning approaches to figure out ways to predict not only where companies are vulnerable, but also how different known vulnerabilities might morph into new vulnerabilities.”

As a result, Lucker says, Deloitte is seeing cybersecurity become much more widely funded among its customers and with a much greater analytics focus.

Cybersecurity risk, he says, also interacts with the other trends Deloitte has identified for 2016, and Lucker suggests that some organizations should consider slowing down or better rationalizing their focus on some activities — like data collection — until they get their cybersecurity house in order.

The big data and the Internet of Things (IoT) are prime examples. Lucker notes that organizations in the past may have overlooked that the systems storing big data and IoT data weren’t designed from the ground up with security in mind. But it becomes increasingly apparent as these initiatives move from test beds to production.

Another familiar trend this year is the ever-growing struggle to find and retain analytical talent. Lucker points to the 2015 MIT Sloan Management Review, which found that 40 percent of companies struggle with finding the talent they need.

Colleges and universities are working hard to produce data science talent, but the number of data scientists will remain limited and the competition for top talent will be fierce.

“Companies need to recognize that they need to really develop close relationships with these degree programs,” Lucker says. “Creating a true courtship between companies and universities is becoming more and more important.”

Additionally, Lucker notes that attracting talent is only part of the equation. Companies that can get top data science talent in the door need to think long and hard about retention.

[ Related: How the NSA uses behavior analytics to detect threats ]

“It’s important to have a proper data science career path and diversity of working experience to foster the retention rate of these employees,” he says. “Doing the same thing day in and day out is not going to foster a strong relationship.”

3. Man/machine partnerships are getting stronger

IDC is projecting that businesses will spend more than $60 billion on cognitive solutions by 2025. While there have been numerous projections that artificial intelligence and cognitive solutions will eliminate large numbers of jobs, Lucker says leading businesses will use humans to add value to smart machines. After all, human talent will be required to build and implement cognitive technologies, and others will serve as a check to ensure the technologies are performing well. Still others will complement computers in roles machines can’t perform well, for instance roles involving high levels of creativity or empathy.

In other words, the man-machine dichotomy is not “either-or” but “both-and.”

“Cognitive computing and cognitive techniques are really just another tool in the toolbox,” Lucker says, noting that cognitive won’t be the right solution for all problems. “It’s a complementary tool to add to the array of analytic approaches that really talented and diverse data science folks have available to them.”

[ Related: Why one CIO hopes self-service analytics will make IT irrelevant ]

“It requires a human being with our advanced judgment skills to look at the results that emerge from these cognitive and machine learning analyses and do a litmus test on them,” Lucker adds.

4. The Internet of Things — and people

People are going to reemerge as an important element in the Internet of Things (IoT) in 2016 as well, Lucker says. IoT is rapidly evolving from the realm of interesting gadgets to include tracking people as “things” to form new business models and influence behaviors. Lucker notes this innovation is taking place in both consumer-focused and business-to-business industries and will have significant implications for business models and industry.

The capability to track people and their movements means data on travel patterns and spending patterns and similar things will allow for wholly new business models. Think Uber, for instance.

And Lucker notes that many businesses already have much of the necessary infrastructure in place. For instance, auto insurance companies are already using customer smartphone data to power “pay as you drive” applications, and some health insurance firms are giving discounts to customers that undertake fitness activities documented by wearable tracking devices. Sensor data is also powering fleet management in long-distance trucking.

“It’s difficult to think of an industry that can’t be transformed or improved by the IoT,” Deloitte notes in the report. “While considerable effort remains to develop IoT standards and link up sensor-based data, there are already many possible applications that can provide value today — including helping people improve fitness, enhance efficiency and save money.”

5. The triumph of the scientists

“Business isn’t the only field notable for major advances in analytics through the years,” the report says. “If anything, there may be a stronger case for the sciences leading the vanguard of analytics. Universities, research labs and other science-focused organizations have been applying and refining analytics approaches to solve some incredibly complex problems through the years, in everything from molecular biology and astrophysics to the social sciences and beyond. In many cases, they don’t even use the word “analytics.” For them, it’s all just science.”

But the current environment is bringing those scientists out of the research lab and into the enterprise, especially since tools developed for science are paying dividends in business. For instance, tools designed to help DNA researchers unlock the human genome can also help organizations unlock the insights buried in tens of thousands of emails.

“There are concepts and algorithms and techniques that have been designed in the hard sciences that are being adapted for business applications in very powerful and unique ways,” Lucker says. “Text analytics is leveraging gene sequencing analytics to quickly recognize patterns in text. It’s providing a whole new suite of algorithmic methods and analytics approaches.

6. The rise of the insight-driven organization

For the past several years, Deloitte and others watching this trend have referred to the “data-driven enterprise,” which relies on data to drive its decision-making. Over the past year, Lucker says, we’ve seen organizations move from implementing or improving targeted analytics capabilities in just a few key areas to taking steps to leveraging data across the entire organization. Deloitte calls organizations that take this additional step insight-driven organizations (IDOs).

The IDO goes beyond the selective use of insights to fuel decision-making in individual parts of the business, the report says. It deploys a tightly knitted combination of strategy, people, processes and data — along with technology — to deliver insights at the point of action, every day, in every part of the organization. One example might be marrying up human resources data with production information and marketing data to determine how employees are performing across the sales side of things.

“It’s bringing all the data with the organization together to create enterprise-wide views,” Lucker says.