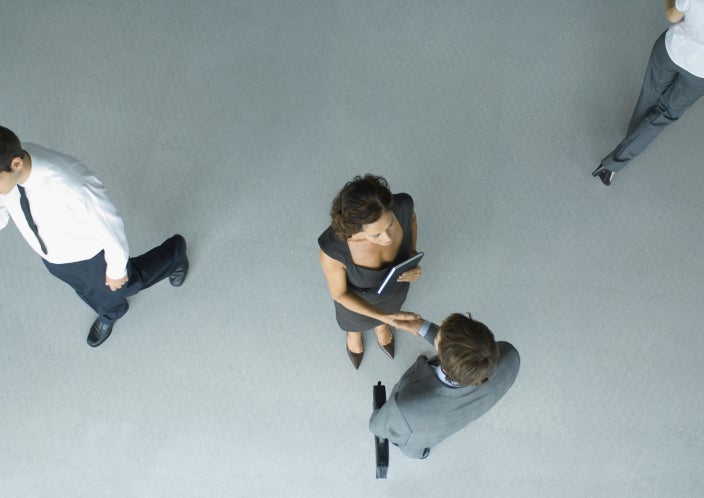 Haier America has hired as its first CIO. Deanna Johnston, who joins the home-appliance maker after spending the last seven years as the CIO of Belkin International, will manage IT for a company that is seeking market share and sales growth.

To accomplish those goals, Johnston says she plants to create a business process architecture and technology roadmap that aligns with the company’s IT systems, and will improve the company’s use of data analytics to derive customer insights. She’ll also work to foster more collaboration between the business line and functional leaders and the IT department.

“They were looking for someone to both fill a CIO role and be the glue between our process and functions here at Haier America,” says Johnston, who reports to COO Kevin Dexter and is based in the company’s Wayne, N.J. headquarters.

Haier America is a $500 million subsidiary of China’s Haier Group, which recently agreed to pay $5.4 billion for General Electric’s appliance business, part of a plan to bolster its footprint in the U.S. and around the world. That strategy extends to Haier America, which under CEO Adrian Micu is expanding from selling compact refrigerators and air conditioners to washers, dryers, entertainment systems and HVAC equipment, among other household goods.

Data analytics is a top priority

Johnston’s early tasks include improving Haier America’s analytics and enterprise performance management capabilities to ensure that the business has the information it needs to better serve customers. Although the company last year implemented SAP CRM and Business Objects reporting software, she says many employees continue to derive insights about products and customers by entering and correlating data Excel spreadsheets. Johnston says one of her chief challenges is shortening to “zero” the distance it takes for data to reach the right business partners. Boosting adoption of the company’s analytics software is one way to do that.

Better data is a crucial aspect of Micu’s plan to make Haier America a preferred option among U.S. consumers, who are much more familiar with brands such as Maytag, Samsung and Whirlpool, where he worked for many than 20 years. Since joining the company in 2014, Micu has reorganized Haier America into three business units and crafted a go-to-market strategy to better grow market share and revenues. He hired COO Dexter from Samsung Electronics America and opened a technology and design center of excellence in Evansville, Indiana, this summer.

Balancing IT procurement from cloud service providers and the Haier Group’s IT unit in China is among Johnston’s focus areas. While she acknowledges the value of the cloud — she gained operational efficiencies using Office 365, Salesforce.com and Workday at Belkin — she says that it’s not the answer for every technology challenge. Cloud computing costs rise as requirements scale, making hosted solutions potentially more expensive than on-premises alternatives. “The cost model can definitely begin to exceed what it would take to run it on-premises,” she says.

CIOs must pick a vendor with integrity, redundancy and a multi-tenant architecture, which is no easy task at a time when cloud providers are skipping those key questions by engaging directly with marketing, sales, human resources and other departments,Johnston says. To that end, she says shadow IT is an opportunity to start a dialogue between business lines and the IT department, rather than a governance rule conversation. “You have to be cautious as a CIO and build good partnerships with your business to educate and inform them,” she says. One of her goals is ensuring that the business views her as a partner they can trust to get new IT projects into the pipeline.

To accomplish this, Johnston will lean on her experience at Belkin, where she integrated IT into every aspect of the consumer electronics company’s business. She says she rebuilt the company’s website to make product information more accessible to consumers and created applications that were tightly integrated across different regions and business lines. She also managed the integration of the Linksys business Belkin acquired from Cisco in only five months. “It’s about making the IT function … so value-oriented so that the first time somebody thinks of a problem, they think ‘we need to call IT.’”