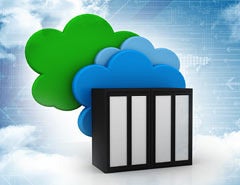 Many IT organizations find themselves in a budgetary Catch-22: they need to find ways to lower operating expenses to meet budget demands and add workload capacity. However the organization is reluctant to invest in new systems that can improve IT efficiency and thus reduce costs.

Nowhere is this more apparent than in server hardware, where new systems can help IT reduce operating expenses and add workload capacity in smaller power, cooling, and space envelopes.

IDC’s customer-based research found that failure rates began to climb as servers aged into their fourth year. It also found that upgrading servers resulted in a return on investment (ROI) of more than 150% over three years. Perhaps most importantly, savings from the technology transition covered the initial investment, or payback period, after less than a year (11.7 months).

The importance of increased efficiency and hard dollar ROI in justifying server hardware replacement cannot be underestimated. One of the easiest savings to achieve is reducing data center power and cooling costs. When companies install more energy-efficient servers or reduce the number of physical servers in use, they save substantially in power costs.

The savings come not just from the servers, but cascade across reduced requirements for cooling, power distribution units (PDUs), and uninterruptable power supplies (UPSs). Lenovo ThinkServers offer power supplies that are up to 92% energy efficient proportional to workload to further lower power consumption. Additionally, ThinkServers with Intel Xeon processors can provide up to 45% improvement in energy efficiency.

By now even smaller data centers have implemented the first wave of server virtualization and consolidation and are benefiting from the resulting savings. However, some workloads don’t “virtualize well” due to the limitations of the hypervisors—primarily the limited memory capacity and performance of older servers.

IDC estimates that Windows Server 2012 offers between 12.5–16.6% higher virtual server density than Windows Server 2013, which translates directly into more efficient data centers and less wasted data center space, which leads to reduced operational costs. The new generation of Lenovo ThinkServers provides the platform for the next step in virtualization. With much larger and faster memory capabilities, coupled with faster interfaces to storage systems and networks, these servers can now support applications that had poor performance in virtual environments on older servers.

Reliability is also a key factor to consider in operational savings and efficiency. ThinkServers servers include capacitors that have a 10- to 20-year duty cycle, not the six to seven years typical in the industry. ThinkServers are also power and cooling efficient, supporting temperatures up to 110º. This makes them perfect for IT centers without optimized cooling. Lenovo servers also use a fan system designed to absorb vibration, reducing failures by up to 40%.

All these costs savings add up to a quick ROI when organizations replace older servers, particularly when faced with the need to swiftly migrate Windows 2003 Servers as they reach the end of support. For more information, download the whitepaper, Lowering Costs & Driving Efficiency with Lenovo ThinkServers.