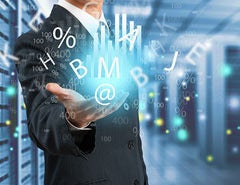 As Microsoft’s deadline for ending Windows Server 2003 support looms, some IT professionals may be overwhelmed by the complexities of a major migration.

After support ends on July 14th—and Microsoft stops releasing critical patches and updates—applications running on Windows Server 2003 will likely fail to meet compliance standards and regulations. HP warns that mid-size firms might take the hardest hit as a result of this.

According to Iain Stephen, HP’s Vice President and General Manager for Servers in EMEA, “For most small companies, it’s a relatively simple transition. They are probably buying one or two servers every three or four years and the next server they buy will have an up-to-date operating system version. The customer that worries me is the one that has 30 or more servers—probably of mixed ages—who may have heard something about the end of life deadline, but they may not be doing anything about it.”

Optimizing licensing and managing migration can be daunting for SMBs, particularly when facing time pressure budget constraints.  But the burden may not be as severe for all companies—depending on their circumstances. Since Microsoft offers volume licensing for enterprises with less than 200 employees, Stephen says that many SMBs may already have the rights to deploy an updated version of Windows Server without even being aware of it.

HP offers an innovative solution, and it all starts with the HP ProLiant Gen9 Servers.  SMBs with modest IT departments have enough on their hands just juggling day-to-day operations, and upgrading the company infrastructure could seem like an impossible task. But those businesses still running Windows Server 2003 after July 14 will likely experience major burdens on their time anyway, as they will then have to personally handle all patching and updates that used to be handled by Microsoft.

To support organizations that can’t spare the resources internally, HP works with channel partners, such as us, on transformation services. Maintaining unsupported servers is a task that that no one wants to take on, and a risk that they shouldn’t have to take.