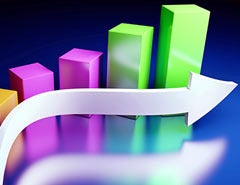 Many enterprises migrating from Windows Server 2003 to Server 2012 may be doing so only because Microsoft will cease support for its old server OS on July 14, 2015. For those reluctant enterprises, here’s some great news: A strong majority of businesses that have migrated to Server 2012 report numerous performance benefits. Read on to find out the three top benefits to migrating.

A recent IDC survey showed that up to 75% of enterprises that migrated to Windows Server 2012 reported improved application performance, while another 62% said they had improved both network security and patch management.

This shouldn’t be a surprise: There have been substantial advances in enterprise computing and storage technology in the nine years since Server 2003. Many of these—including mobile app hosting, social media and collaboration tools, improved clustering management, and streaming video—are fully supported in Server 2012.

But to truly take advantage of the features and functionality of Server 2012, enterprises need a platform that consolidates a network’s computing, networking, storage, and virtualization resources into a single system that can be easily monitored and managed by IT.

1. Advanced IT infrastructure—Cisco UCS runs on a 10 Gigabit Ethernet unified network fabric that can handle the delivery of enterprise-class apps and huge amounts of data. UCS also fully supports VMware vSphere and Microsoft Hyper-V, the two most popular virtualization platforms.

In addition, Cisco UCS blade and rack servers can support up to 6TB of RAM per virtual machine, versus 1TB of RAM for Hyper-V and vSphere. This allows enterprises to consolidate virtualized servers.

3. Greater networking efficiency—Cisco UCS uses Cisco Unified Fabric and SingleConnect Technology, which eliminate the multiple networking and storage interfaces that make basic management difficult. Cisco Unified Fabric lets IT wire once for bandwidth, avoiding the necessity of supporting separate NICs and making it easier to manage bandwidth allocation.  SingleConnect allows enterprises to connect their Cisco UCS servers on one network fabric and one network layer. This makes it easier to manage and configure network connections.

By providing more power, flexibility, scalability and better management tools, Windows Server 2012 and Cisco’s Unified Computing System can take enterprises to the next level of computing.