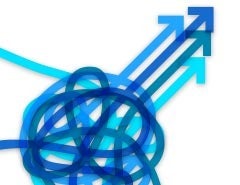 IT professionals working in enterprise environments can see the clock winding down. The time to migrate to a modern server operating system is upon them; Microsoft ends support for its Server 2003 on July 14, 2015. Enterprises will face many tough decisions as they prepare to upgrade, but the best solution may be the one that’s staring them right in the face.

The obvious destination is Windows Server 2012, a system built specifically to leverage cloud computing and other emerging technologies for which Windows Server 2003 was not designed. Server 2012 offers enterprises great flexibility and scalability for their cloud deployments, thanks to a common architecture that allows applications to be developed and run on public, private, and hybrid clouds.

But the impressive features of Server 2012 simply cannot be fully leveraged without modern server hardware, just as the latest generation of Google Play apps would be wasted on an old phone with inadequate processing power. Some apps will run, others will run slowly, and some won’t run at all. And nobody buys a brand-new server OS to get that kind of outcome.

To get the most out of Server 2012, enterprises need server hardware able to manage heavy loads efficiently while being easy for IT to maintain and configure.

This gives enterprises a robust server hardware platform that can handle transmission and storage for vast amounts of data. And let’s face it, the ability to rapidly collect, process, and analyze data from multiple sources—including mobile devices, social media, and the Internet of Things—is mission-critical in today’s digital economy.

Together, Windows Server 2012 and Dell PowerEdge servers provide enterprises with a dynamic computing platform that increases their agility, scalability, and flexibility, while reducing inefficiencies and operational costs.