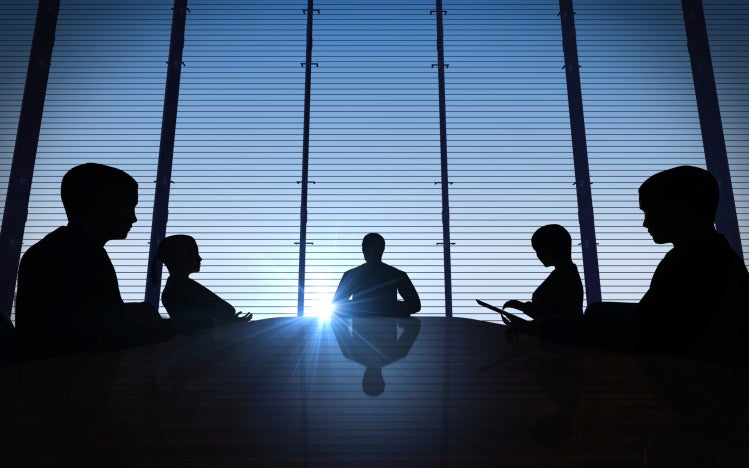 The future is hidden in plain sight. Multibillion-dollar corporations that run without the need for people sounds like Hollywood fiction, but the technology and technology concepts to power them have already been proven and the first generation of Distributed Autonomous Corporations, or DAC’s for short have already hit the market.

La’Zooz, a distributed ride sharing company, and Twister and Bitmessage, two distributed peer to peer communications companies, are three pioneers in this new world and while they lack the polish associated with more mature organizations that will come over time.

The money is coming

It’s looking increasingly likely that these will be the corporations your sons and daughters will be competing against, or creating when they finish school and Silicon Valley’s most prestigious Venture Capital firms, Andreessen Horowitz is investing hundreds of millions of dollars to create more.

Most long range emerging technology forecasts dramatically underestimate the power of future technology because they are based on a linear view of technological progress rather than the historic exponential view. In other words in the next 100 years we won’t experience 100 years of technological progress, at today’s rate we’ll experience 20,000 years’ worth. When you view the world through this lens suddenly the future and the opportunities and threats to you, your way of life and your business look very different.

I track over 200 significant emerging technologies and I term a significant technology as one that has the capacity to generate over $1 trillion in revenue and transform our society. Individually each of these technologies are game changers but when you combine them together their potential is limitless.

Combine robotics with artificial intelligence and you have a new world reality (or order), combine 3D printing with synthetic materials and you can print food, eliminate the agricultural industry and end famine. If you think the concept of printing food is farfetched then Google “3D Printed Bacon” or “3D Printed Cookies.” Did I just change your perception of food? You’re welcome, and the first generation Star Trek replicators are already being sold by ChefJet, a 3D systems company. Now moving on…

Last year I was in Mayfair in London with a group of multinational executives having an off the wall academic discussion debating whether or not a single entrepreneur could create, run and scale a multibillion-dollar corporation without ever needing employ or sequester the services of another person.

The devil was in the exam question. As you’d expect, just like the exam questions we all faced in school when we all only half listened to the question the executives jumped on the fact that you can already create an organization that doesn’t need to employ people because you can use contractors and outsourcing agreements but that didn’t answer the exam question and it had to be reiterated.

If truth be told at the time I knew that over the long term the answer was inevitably yes because we can already see technology progressing to a point where machines will be creative and intelligent enough, whether that’s because they have an innate capacity to create or one that’s simply driven through the intelligent use of algorithms and connected enough to build, run and scale shadow machine run Machine to Machine (M2M) and Machine to Consumer (M2C) corporations.

Despite this though the technology that’s needed to underpin how these machines trade, share or trade resources, maintain ledgers of record and conduct transactions with each other was still illusive but that’s no longer the case.

Now for the very first time using a fork of Blockchain and Smart Contracts Entrepreneurs in Silicon Valley and Europe have created companies and blueprints showing how machines will run what is being increasingly referred to as the DAC, corporations that when distilled down to their most basic tasks, which we’ll call mechanisms, are operated by nothing more than code and machine logic.

Every corporation is arguably a collection of actions, tasks and process steps all of which can be distilled down into simple logical functions and once you understand what these functions are you’re within a few strides of creating a fully functional DAC that replaces and disrupts the original 20th or 21st Century corporations that preceded them and while many corporations are still trying to come to terms with the tsunami of digital disruption there’s now another, bigger wave building.

The technology behind the DAC

As mentioned there are two technologies which make these autonomous organizations possible.

The first is Blockchain, a distributed public ledger technology famously known for underpinning Bitcoin that stores transactions chronologically as a block — hence the name. Hailed as one of our era’s most disruptive emerging technologies and one that can turn the financial services, insurance and almost every other industry on its head it’s showing incredible promise and potential, whether it’s underpinning the latest global cryptocurrency or the Internet of Things around the world venture capitalists and multinationals, from Samsung to Wells Fargo are putting billions into developing it.

The second technology is smart contracts, again another technology that looks ready to upend numerous other industries these are logic based computer programs that facilitate, verify or enforce the negotiation or performance of a contract.

The mechanics of a mechanism

Put simply a Mechanism is a logic driven autonomous software based system that writes and reads data from the Blockchain in order to execute specific, predefined tasks and create, publish and terminate Smart Contracts. You can think of them as almost small, independent business process outsourcing (BPO) companies but instead of relying on Humans these Mechanisms are fully autonomous – note that I used the word autonomous not automated, the difference between the two is black and white. Automated systems simply follow a defined set of instructions while autonomous systems can learn, evolve and adapt, for example by drawing on machine learning algorithms.

While each Mechanism, today but not in the future, needs a human to design it once they’re created they can begin responding to service requests – whether that’s from a human action (M2C) or from another mechanism (M2M).

When a human customer posts a service request these autonomous mechanisms will use algorithms and logic to determine which other mechanisms they need to work with in order to complete it with the maximum efficiency and as new mechanisms are created and added into the system, each with their own unique characteristics and features, they’ll all be visible to each other on the network and will be able to work with each other selectively as needs must. As the number of mechanisms and as the variety of tasks they’re able to accomplish magnifies the more useful the system becomes and the more Humans it can replace. You could also think of it as a machine driven open source organization.

While a single organization can seek to create and control all of the Mechanisms it needs to run and make its business function the open source nature of these mechanisms, the fact that anyone (or in the future anything) can create, publish and run one means that one entrepreneur can design an interface for a new product or service, another one can create the review system while another creates the payment system all independently of each other.

Airbnb is one of the pioneering founders of the new on-demand economy. Founded in 2008 their platform connects people looking for alternative and unorthodox types of holiday accommodation with people who want to rent out rooms and spaces. They have over a million listings in 34,000 cities and 190 countries and their stock’s on a tear so at the moment it looks like nothing can stop them, let alone disrupt them. Sure people can copy them, incrementally iterate and tweak their business model but Airbnb’s founders are the Kings of all they survey.

When you distil Airbnb’s business down to its basic functions it relies on four basic tasks, or process steps. Firstly a prospective customer uses Airbnb’s app to create a request for a specific type of lodging, the system matches it to a list of available properties and once selected the customer pays and eventually reviews it.

While you and I experience Airbnb via its slick user interface behind the scenes everything is already driven by processes and technology, in a DAC however each of the above processes can be replaced by a Mechanism so here’s how we create an Airbnb, or a fork of Airbnb without ever needing to employ more than one person.

Entrepreneur Sandra creates a beautifully designed mobile user interface, entrepreneur John creates a highly efficient accommodation matching engine, entrepreneur Joanna creates a payment system and entrepreneur Raj creates a review system. None of our entrepreneurs know of each other’s existence, nor do they ever need to. Once completed each of these mechanisms connect to a Blockchain Virtual Machine (BVM), a large decentralized computer system that contains millions of objects that have the ability to maintain an internal database, execute code and talk to each other.

Eventually a user downloads Sandra’s app and requests a specific type of lodging. The request is automatically sent to the BVM which uses an algorithm to search for the most appropriate accommodation matching engine. It finds John’s Mechanism, executes a search and when it finds a suitable set of results it creates a smart contract between Sandra and John’s mechanism that details the pricing and terms and conditions of the transaction.

Sandra, John, Joanna and Raj are all satisfied because they’ve all been paid for their service but none of them will ever need to know of the other persons existence and none of them have had to employ anyone else but most importantly the customer didn’t notice any difference in the service or experience.

The idea of a rigid corporation is evaporating, replaced instead by a collection of autonomous mechanisms that can function without the need for human intervention. Today bots are already transacting trillions of dollars’ worth of stock market trades the DAC takes this another step forward. The next question of course is then what do humans do with all that free time?