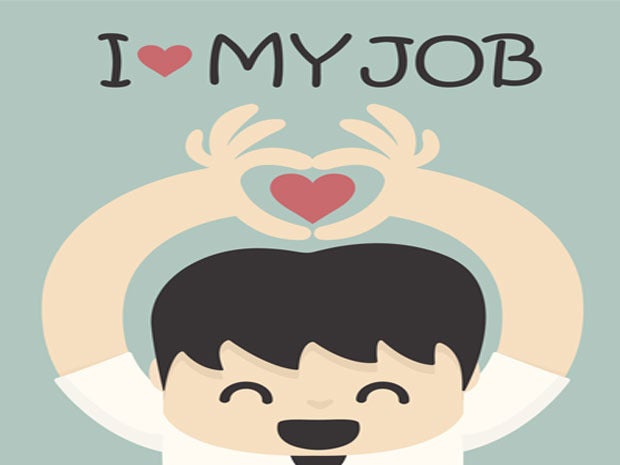 I’ve had an incredibly varied and generally fascinating career. I dropped out of college after two years to work full time at Disney. When they fired everyone in management who didn’t have a degree, I walked off the job and went back and finished my Associate in Arts degree. Then I went on to earn a Bachelor of Science degree and ended up working in commercial real estate after turning down an interview with the firm that would eventually become Microsoft. (Yes, I still kick myself in the butt for that one.)

After the real estate firm went sideways, I went back to school, worked as a sheriff, headhunter and a male model. After getting my MBA, I went to work in high tech for a firm where I was specifically told IBM would not take over. When IBM took over I essentially changed companies two more times without ever quitting or being fired because the firm I was in was sold and then resold. Eventually, I became an analyst and then worked to be the highest ranked analyst in the company before forming my own firm and it was in these last years that I’ve been happiest.

Today I was reading on Quora and some poor sap was asking “How do I get an interview with a top-tier tech company?” and most of the answers were something to the effect of “fix your resume.”   One I particularly thought was annoying was something to the effect that “you need top-tier experience to get an interview at a top-tier firm.” Some people are real jerks. Some of this isn’t bad advice but perhaps the first question should be why the hell did he want to work for a top-tier tech company in the first place?

In looking at the guy’s resume, it seemed pretty clear he was really smart but he didn’t operate well in structured environments and that’s pretty much what you’d get in a top-tier firm. He’d be far happier, and likely be far more successful, in a small firm, as a consultant, or working at a startup. And, with his skills, the jobs should be far easier to get as well.

I’ve seen a lot of really good folks fight to get into management and then be surprised when they realize they hate it. Unfortunately, once in management, being a regular employee again looks and feels like a demotion.   Often one of the quickest ways to destroy a great sales team is to make the top salesperson (who has been competing with his or her peers) the sales manager. Not only do they generally suck at management, they’ll often use their new authority to hamper the sales people they used to compete with.   This is actually a great way to destroy a sales career and a sales team. (With sales I generally use the word “team” very loosely.)

Over the years I’ve seen people go from jobs they were really happy at to jobs they absolutely hated and watched them get destroyed. Steve Ballmer at Microsoft (they are a long-time client) was the most painful to watch. For the most part, when I saw him in the late 1990s he seemed pretty happy and full of energy. In the last meeting we had back then I actually thought of him as a friend and I’ll never forget the grin on his face when he passed me in his limo smiling and waving after the meeting. That was literally the last time I saw him with a sincere smile. When he became the CEO he just seemed angry all the time. He was driven to be CEO, but he seemed to absolutely hate the job and while he clearly worked his butt off at it, he wasn’t successful.

Eventually I learned I hated filling out forms, really didn’t like to have to deal with employee drama (what finally pushed me over the edge was an affair between two of my direct reports), and corporate backstabbing politics. The stuff that really drives me postal is folks who intentionally do stupid things to make someone else look bad. As a manager or executive I had to deal with all of that crap so I got off that path and went in a very different direction.

If you want security and institutionalized upward mobility, you may get that more at a larger firm, if you want a lot of action and job breadth and are willing to tolerate a regular dose of crazy then a smaller firm will be your cup of tea.   For me, it was working for firms that tended to value their employees highly because they picked the best and wanted to hold on to them. I couldn’t stand working for a firm that treated employees like trash, discarding them regularly to manipulate non-sustainable short-term stock swings. It amazes me how many CEOs have no clue how layoffs actually work.

In order to get to know a firm read about it, find current and ex-employees to chat to about it, and observe how well it takes care of its executives and employees. From that you can generally form an idea of whether the place is right for you, but only if you’ve first determined what kind of traits you admire and enjoy in a company.

Firms tend to vary between polar opposites, on one end you have lots of granularity between highly volatile companies often with relatively clueless executives providing lots of potential for the politically astute sociopath. And on the other end you have firms that are historically well managed, mentor and promote from within where movement is more measured and loyalty is valued highly.   I tend to prefer the latter type of company myself, but folks that like a lot of drama and politics would enjoy and likely do better in the former type firm.

Do you want to be a CEO?

Finally, one of the things you want to figure out early is whether you want to be CEO. Some of the best and happiest CEOs I’ve known got there more by building a company around an idea and putting the perks aside, as opposed to fighting to the top while surrounding themselves with lots of toys and an institutionalized practice of infidelity.

Often the latter class finds they didn’t really want the job, didn’t enjoy the job. They did like the status, but when the job ends they really don’t know how to deal with the result.

I recall a conversation with one of the most powerful men in Silicon Valley after he’d retired. He lamented that he had all this stuff to protect, a lot of ex-wives and kids that hated him, no one took him seriously (he had no real authority), and his friends were both insincere and enjoyed his things more than he did. Massively wealthy, he’d worked his whole life only to find he hated where he ended up, had no one he felt close to, and now was trapped where he never wanted to be: A lifetime of work to end up in a self-created hell.

So my hard-learned career advice is this: No matter what level or place in your career you are, figure out what makes you happy, where you like to work, and design the rest of your career to focus on getting more of that.