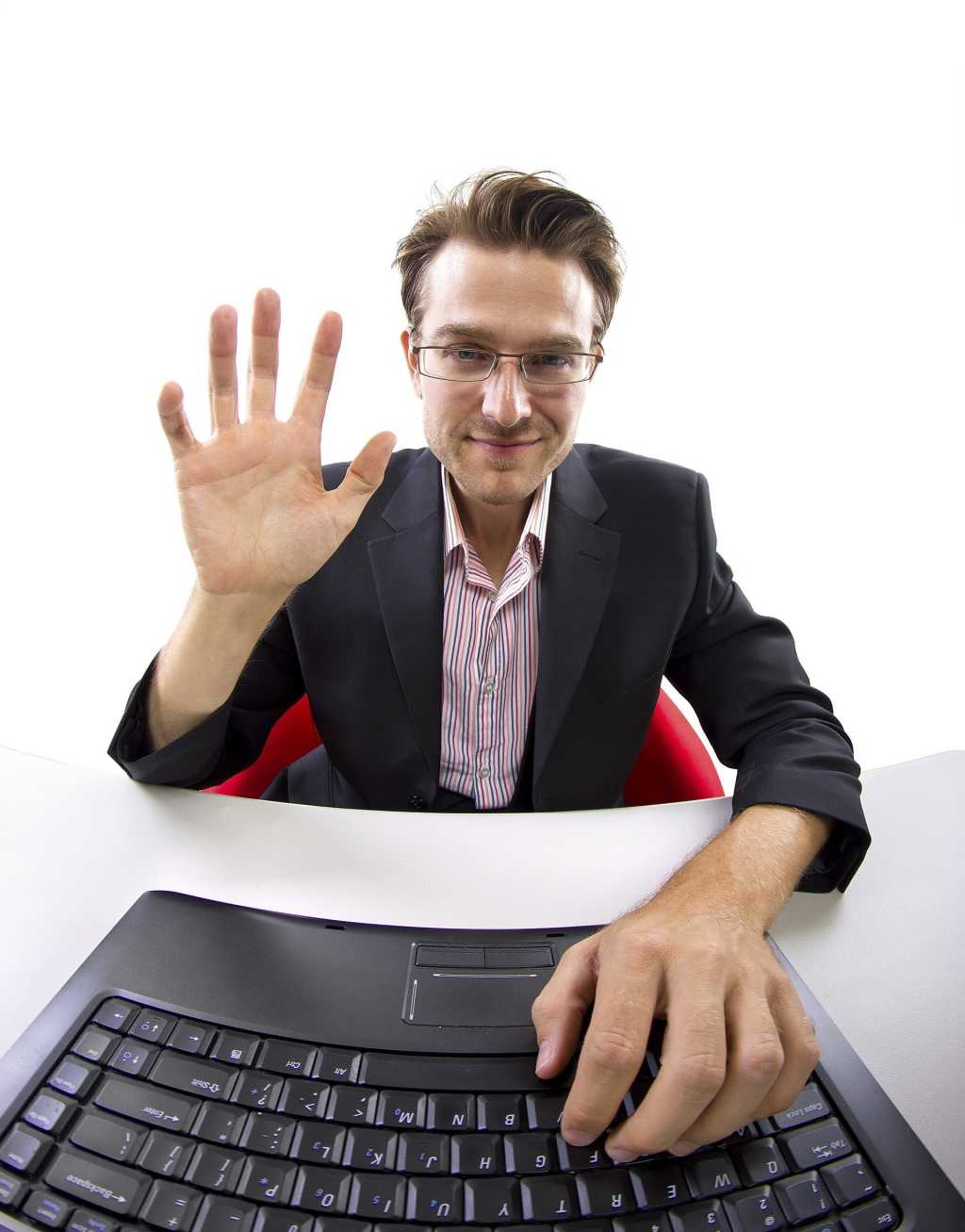 Sure, video killed the radio star, but the technology is breathing new life into inefficient, time-consuming and stale recruiting practices and allowing organizations to cut time-to-hire while increasing talent quality.

Video in your pocket

Demand for greater video integration in B2B communication platforms is accelerating rapidly, driven by the prevalence of consumer applications like FaceTime and Skype and by the availability and affordability of cloud infrastructure, says Craig Malloy, CEO of unified communications, collaboration and video solutions firm LifeSize.

“Video used to require massive on-site infrastructure and dedicated real-estate in a data center. It used to be clunky, unreliable and very expensive. But the ability to make video calls from your pocket or your purse — with consumer apps like FaceTime — means that your workforce expects that capability in the enterprise space, too. These video capabilities are further enhanced by the availability and affordability of high-performance cloud infrastructure,” Malloy says.

And while many organizations have been leveraging video technology to communicate and collaborate within their organizations, or using video to augment marketing and sales functions, using video as a human resources recruiting and sourcing tool is a relatively novel application of the technology, though it’s rapidly gaining traction.

What used to require a phone screening and an in-person, on-site interview is now accomplished with an initial video interview, reducing time to hire and improving hiring managers’ ability to gauge the right fit, Malloy says. “You get a much better sense of who that candidate is using video rather than trying to guess based on their paper resume and a phone conversation. It also cuts down our time-to-hire, because video interviews are easier and less complicated to schedule — no travel time, no coordinating with hiring managers’ time off, or candidates existing work schedules,” he says.

A video interview doesn’t have to be done live, either, says Chris Brown, director of HR at unified communications firm InterCall, and head of human resources for InterCall’s parent company, West Corporation. Candidates can record their own introduction video, attach it to the rest of their digital application, and have that entire package delivered to hiring managers and decision makers simultaneously.

Video can also provide a window into your company’s culture or organizational structure, explaining why a candidate should apply, or outlining what a specific role will entail in a much more engaging format than a bulleted list on your careers site, says Alys Scott, CMO and senior vice president of marketing communications at talent management solutions firm Peoplefluent. You’re also demonstrating that you’re on the cutting edge of technology.

“You’re automatically saying something about your organization and culture just by using video in the first place. Especially when you’re hiring millennials, this is a huge competitive advantage if you’re using the same technology at work that they’re using on their personal devices,” Scott says.

To that end, try to be as platform-agnostic as possible, says Mercedes Chatfield-Taylor, managing partner and head of venture capital practice at http://www.caldwellpartners.com/, an international executive search firm that uses video to augment many of their recruiting tasks. “For millennials, especially, find out what platform your candidate prefers and use that. Talk with your CIO, your IT department, your security team and make sure it’s secure, of course, but try and familiarize yourself with as many available tools as possible.. This can actually give you a competitive advantage when sourcing talent, because candidates will feel you’re willing to meet them on their own terms and that you’re savvy enough to do so,” she says.

Video’s also an absolute must for start-ups that don’t have a budget for travel to interview candidates, and are pressed for time, as well as, obviously, for candidates looking for work in a video-intensive field, says Chatfield-Taylor.

“Any emerging tech company should be using video nowadays. And, of course, if firms are in the video or content delivery space, or in broadcasting or any other field like that, video’s not optional. Candidates should be prepared to send a cover letter or a portfolio of their work using video. It’s also something I advise clients to use if they’re trying to shake up an older, more traditional market and attract young, innovative talent,” Chatfield-Taylor says.

Using video can also help ensure that the most appropriate person is handling the interview — for example, the supervisor to whom the candidate would report, says Brown. “We’ve found that interviews, especially for IT operations positions, can be extremely tricky because IT ops is such a busy department. Maybe the best person to talk to a candidate is handling a tech emergency and can’t make it, or maybe they’re off-site at a colocation facility that day. Using video means you don’t just have to settle for whoever’s available that day,” Brown says. Video also enables a group of hiring managers to easily collaborate to make hiring decisions quickly.

Video technology can also make skills assessment easier, says Brown. “Because we can streamline the interview process and eliminate a lot of the small talk and shooting the breeze that tends to happen when candidates are on-site, that leaves more time to delve into their skills and technical knowledge,” he says.

Not to mention being able to quickly weed out candidates whose skills don’t make the cut, Chatfield-Taylor points out, “If you’re hiring for an engineer and they can’t even get Skype downloaded, fired up and functioning, then maybe they’re not the right person for the job.”

From the entry level to the C-suite

Video is also a great tool for vetting C-suite candidates, says Chatfield-Taylor. Recruiting at the executive level is often a time-intensive and expensive undertaking, and video can drastically reduce both the hassle and the cost, she says.

“When I’m working for a client, they often ask me to vet candidates before they even consider bringing them in for an interview. These folks are so busy it can be difficult for them to just jump on a plane to meet with me, so it used to cost thousands of dollars and days at a time flying to meet them — and it was a big risk if they weren’t a good fit,” says Chatfield-Taylor. By using video, she can eliminate the need for travel and save thousands of hours of her time while still doing effective due diligence.

Global executive searches are also much simpler, says LifeSize’s Malloy. “In a recent search, we were considering a candidate in Australia. Video made the interviewing process exponentially easier because of the time difference and the fact that travel would have taken days,” he says.

At an executive level, candidates also are judged on their presence and their public speaking ability, since (at least in the case of a public company) they must be able to present to a board of directors, says InterCall’s Chris Brown. “Video can give you a pretty good sense, right off the bat, if that candidate has the comfort level and the presence, to be able to make presentations and arguments in front of a board. If they can’t, or if they’re nervous and uncomfortable in front of the camera, they might not be a good fit,” he says.

While video is ideal for initial screenings, for entry-level positions, and for vetting C-suite candidates, there are places where on-site, in-person interviews are still necessary, with good reason, says Chatfield-Taylor.

“Especially at the mid- to senior-level, there’s no getting around the need to meet a candidate in person. Video shouldn’t take the place of that experience, especially with candidates who will need to work with and interact with a great number of people. Video, then, should be a supplement to other strategies – part of a holistic approach,” Chatfield-Taylor says.

If you’re just getting started integrating video into your recruiting strategy, go slowly and introduce it carefully, she says. “Don’t feel you have to jump in and immediately use it for a CEO search. Maybe start with an entry-level role or two and work up from there as your confidence grows. And don’t completely eliminate all the other check and balances in your recruiting process; this is not an ‘instead of’ technology yet. Don’t use video instead of a phone call. Don’t use video instead of an in-person interview. Just make it yet another tool in your hiring and recruiting best practices,” Chatfield-Taylor says.