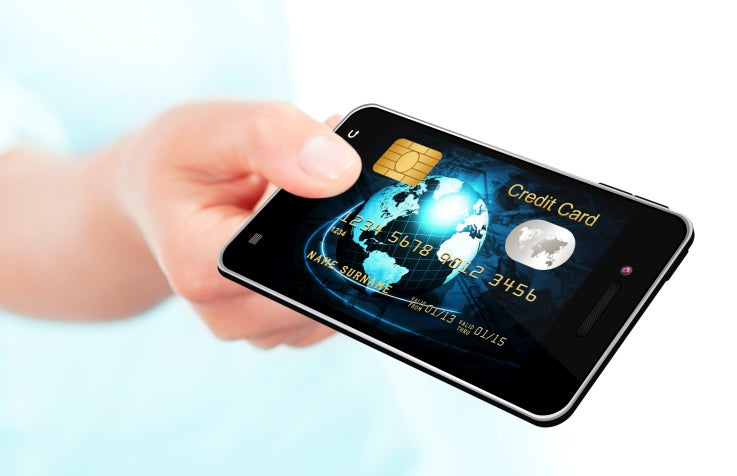 Widespread adoption of mobile payments among enterprises and consumers alike will take time. But when you’ve got Apple, Google, Facebook, Samsung and (most likely) Microsoft jumping into the market, you’ve got traction.

Gartner expects “rampant interest” in mobile payments this year and beyond, which will play a big role in driving U.S. mobile commerce to 50 percent of all digital commerce revenue by 2017, compared to 22 percent as of early 2015.

Deloitte forecasts that by year-end, 5 percent of users with Near Field Communication (NFC)-equipped smartphones will make at least one in-store mobile payment per month. While that’s a small percentage, it’s a jump over the 0.5 percent of users who had made NFC phone payments as of this time last year.

Enterprises stand to benefit from mobile payments in multiple ways. As mobile payments gain wider consumer acceptance, retailers, restaurant chains and others have an opportunity to make paying for merchandise easier and, at least to some degree, more secure.

Plus, the growing use of mobile wallets can translate to greater use of mobile customer reward and loyalty cards. The data gleaned from those transactions can help enterprises more effectively and efficiently target promotions and learn more about customer preferences and habits.

Also coming soon: With iOS 9 (due this fall), Apple’s Passbook app, which is where users store credit cards for mobile payments, will morph into Wallet. With Wallet, users will be able to add loyalty and rewards cards as well as merchant-specific credit cards. Apple has also announced a partnership with Square, which plans to release a new card reader designed to let small businesses accept Apple Pay.

Most recently, Apple filed for a patent to provide peer-to-peer payments, potentially stealing traction from PayPal and Square.

The search engine giant has been shaking up its mobile payment platform, which failed to gain traction after its 2011 debut. Google Payments will be the platform that supports all of Google’s payment services, including Google Wallet for peer-to-peer payments and Android Pay, VentureBeat reports. Android Pay is Google’s upcoming competitor to Apple Pay. It will let consumers store credit, debit, and loyalty cards for use at NFC-equipped terminals and for online purchases.

PayPal has made several moves lately to bolster its mobile payments presence. In March, PayPal announced its acquisition of Paydiant, a startup platform that big retailers use to create branded mobile wallet apps. Paydiant enables consumers to make retail purchases via NFC or QR code.

PayPal is also releasing an NFC credit card reader. And on July 2, the company announced it had acquired Xoom Corp., considered among the top international payment companies, for $890 million.

Facebook has rolled out a payments feature to Messenger, enabling FB friends to send each other money via the app and a linked debit card. Messenger payments will compete with Google Wallet, Square, potentially Apple Pay, and Snapchat, which uses Square as its peer-to-peer payment platform.

Samsung Pay, announced in March, is said to be set for a September launch in the U.S. and Korea. Along with NFC, Samsung Pay will use a technology called Magnetic Secure Transmission (MST) to beam credit-card info to card readers. With MST, Samsung Pay will reportedly work on 90 percent of existing payment terminals in the U.S.; Apple Pay and Android Pay can interact with NFC-only systems, which are still a minority.

There’s some uncertainty about what the folks in Redmond, Wash. are planning re: mobile payments. But it appears Microsoft “is looking to go up against Android Pay, Apple Pay and…Samsung Pay,” notes Mobile Payments Today, providing a ‘tap-to-pay’ feature in Windows 10 mobile devices. Further, Microsoft may use dongles such as those from PayPal and Square to accept payments from any platform that uses a Windows-based backend system.

Despite all this activity, the mobile payments sector has some hoops to jump through before it gains global, mainstream traction. They include:

* An awareness deficit. According to a December 2014 study by Wakefield Research/Verifone, half of U.S. Internet users weren’t familiar with mobile payment technologies. The more mobile devices that support contactless payments, of course, the greater awareness will be.

* Security concerns. Fifty-six percent of consumers don’t want to store sensitive information, such as credit-card details, on their smartphones, according to a Feb. 2015 Harris Poll. But remember: consumers worried about security were slow to bank and buy during the Web’s early days.

* Competing technologies. Enterprises face a variety of mobile payment technologies to support, along with more traditional payment forms (such as credit and debit cards).

Bottom line: As with any growing industry, some mobile payment players will achieve and maintain traction, others will lose or never get it. Consumers will become less worried about security and be swayed by the ease and benefits of mobile payments.

In fact, it’s already happening. Research firm eMarketer says mobile wallets are “especially popular for smaller-ticket purchases” and cited a recent study showing that 84 percent of consumers are “open to using their smartphones to pay for small and medium purchases like a latte at Starbucks or a new set of sheets. It’ll take a little more time for consumers to feel comfortable purchasing larger ticket items — for example, a luxury good or furniture — with a smartphone. One thing at a time.”