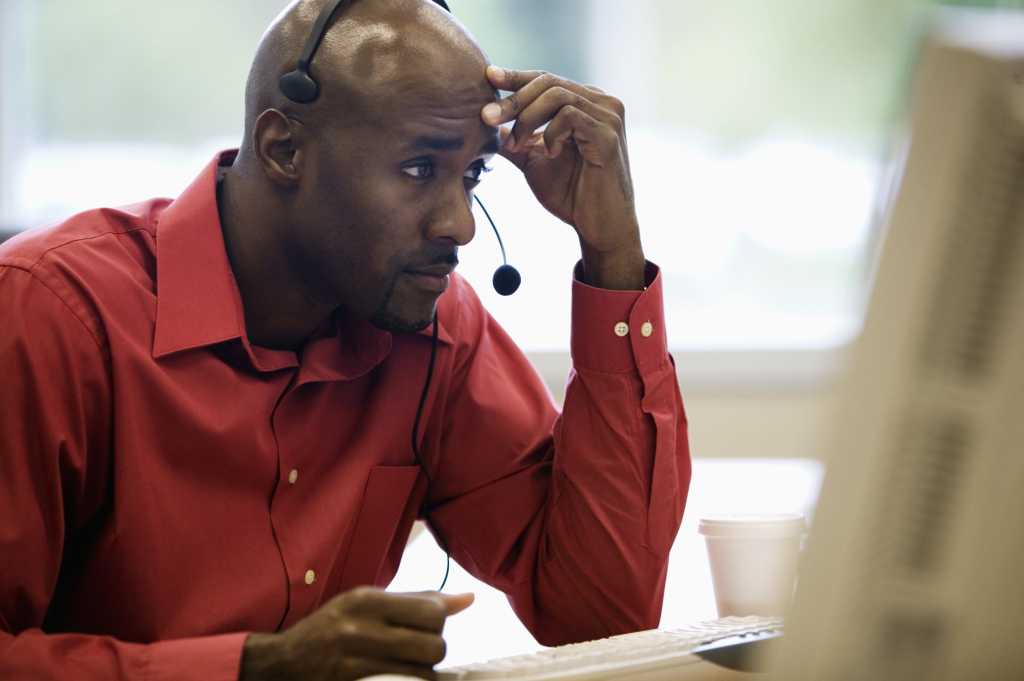 In the U.S. and Canada, workers seem conditioned to accept a new workplace reality: They’re always on, always available and tasked with fulfilling the demand to do more with less. According to the Staples Advantage Index — a new report from research and advisory firm WorkplaceTrends.com and Staples Advantage, the B2B arm of office products retailer Staples — 86 percent of the 2,602 U.S. and Canadian workers surveyed say they are happy at work and motivated to rise within their current organization. However more than half — 53 percent — also report they are overworked and burned out.

While the large percentage of those happy at work is encouraging for businesses, the number of workers burned-out is a warning to employers, says Dan Schawbel, founder of WorkplaceTrends.com and the managing partner of Millennial Branding, a Gen Y research and consulting firm.

“With the rise of the mobile workforce and the resulting always-on work culture, it’s not a surprise that employees are feeling overworked and burnt out. While many are still happy at work, we wondered if it’s because they’re truly inspired and motivated, or simply conditioned to this new reality? Either way, employers need to adjust to win the war for talent and optimize productivity, engagement and loyalty with employees, or else their talent will look elsewhere,” Schawbel says.

Employees are working longer days with about a quarter of them regularly work after the standard workday is over. Furthermore, about four out of 10 work on weekends at least once a month, according to the survey. While on the job, respondents say breaks are becoming rare as well — about half of employees feel like they cannot get up for a break at all, and just under half eat lunch at their desk, according to the Index.

“North American workers are always on; they’re flipping open their laptops late at night, they’re checking email on their phone on a Saturday — but that’s not something they’re really feeling negative about. Lots of respondents say they’re overworked, and they’re really happy. It might seem counterintuitive, but that’s really telling. They’ve been able to take advantage of the new definition of work that isn’t confined to an office or a cubicle,” says Neil Ringel, executive vice president, Staples Advantage, North America.

Survey respondents say the driving force behind the always on work culture is the need for employees to complete work they don’t have time to do during the day (35 percent), followed by a desire to get ahead for the following day (22 percent). A drive to advance in the organization plays a role as well, with nearly two-thirds of respondents seeing themselves as managers in the next five years, according to the survey. All of these factors together are a recipe for burnout and for attrition, says Schawbel, and can be bad news for employers.

“Sure, remote work opportunities, an always on mentality and flexibility can be great for both employees and employers, but it comes with a cost. There has to be some kind of balance to avoid burnout and people leaving your organization — wearables like the Apple Watch and others are just accelerating this trend,” Schawbel says.

Burnout forces workers to look for other opportunities

About 40 percent of workers surveyed acknowledged that burn out is a problem and acknowledge that it’s motivating them to search for a new job. Burnout is also eroding workers’ productivity, says 66 percent of U.S. employees in the survey. The biggest burnout accelerators include the following:

About half of respondents, 49 percent, say decreasing their workload or providing more time to complete tasks would minimize burnout, the survey revealed. While that might seem impossible for employers, there are simple steps that can help, not the least of which is providing opportunities for remote and/or flexible work schedules. In addition, 33 percent of respondents say their employer should encourage them to take breaks, while 28 percent say improving technology that allows them to work remotely or collaborate effectively would help alleviate burn out.

Message to employers: Be flexible

Survey respondents continually came back to the need for flexibility in their workplace; 46 percent of respondents say that work-life balance is an important aspect to consider when looking for a job, second only to salary (57 percent). Additionally, one in five employees cited work-life balance issues as a reason for considering a job change, while close to a third identified it as a leading contributor of loyalty to their current employer.

“This research uncovered a number of benefits — such as flexible schedules, telecommuting, office perks — that have emerged as critical factors for balancing intensifying work demands with employees’ personal lives. The key is to survey and assess your workplace to figure out what works best for your organization so you can apply different approaches to find ones that will help your employees maintain a balance so they don’t get burned out. Then, you’ll have the best of both worlds — happy, productive employees who aren’t tempted to leave because they’re overworked,” Ringel says.