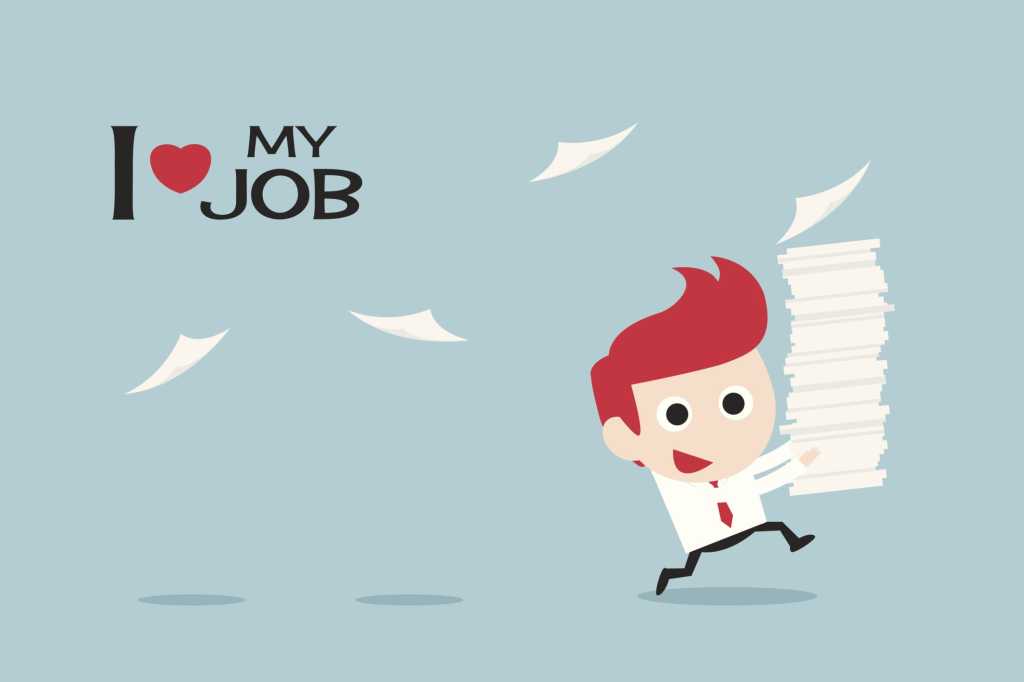 When I started working on my undergraduate degree, one areas I focused on was manpower management — the study of how to manage and motivate people. A lot of work went into understanding what got employees up and focused and how to match people to the jobs they would most enjoy.

Unfortunately, one of the unintended consequences of the Equal Opportunity Employment Act was that it effectively killed much of this effort. As a result, HR basically became a compliance and resource management function. This speaks to why so many executives are pretty clueless when it comes to layoffs or compensation. They simply were never taught, nor were their HR specialists, the underlying science effectively became how to keep from getting sued.

What brought this all up was a question on Quora — I’m sure we’ve all been there and are familiar with sentitment: “I like my job and boss a lot, but I am underpaid. I received an offer from a competing firm for 30 percent more. How should I use this to increase my current pay, given that I have no intention to quit and don’t want to harm my current relationship with my manager?”

We’ve either been in this position, had someone who worked for us that has or will be in this position, and may put someone else in this position so I think it is important to understand the dynamics of money, productivity and happiness.   This is something I’m sure most CEOs don’t get otherwise they wouldn’t look so shocked when they fail.

Money is a great demotivater

Two professors Frederick Hertzberg and Abraham Maslow did the definitive work on the impact of money in the 1960s. They found that money sucked as a motivator and was massively powerful as a demotivater. In addition, they found that if you put folks at financial risk you could pretty much shut them down.

What this means is that if I give you a $100 raise you probably won’t do anything different. However, if I cut your income by $100 you’re going to be pissed and you’ll likely act out, steal from me, start looking for a new job, or otherwise become disgruntled. The more money I take the more annoying and unproductive you’ll become, the more money I give you, well, pretty much zip.

Now all I have to do is make you think you are being cheated and you’ll be increasingly unhappy. In the case of the question above, the person loves the job, loves the manager, but is upset because they believe they are being underpaid and are willing to put that all at risk to correct the problem.

So, based on the research above, if they were paid 30 percent above what others are paid nothing would change or be in question. There is no significant upside in that scenario, but because they now believe they are being paid less than they should be, they are pissed. I’m willing to bet that before this person got the offer they were very content with their job and now, based on what they do, they could lose what may be the best job they’ll ever have in their life.

Note there is no indication there they need the extra money. That is because “need” has nothing to do with it, at least not in this case. It is because they think they are being undervalued and that apparently upsets them enough to offset all of the job positives.

This means both you and your employees can be motivated to do stupid things by just changing your perception on what you are paid.

Once you get that money can be used to manipulate you, when you get an offer or see a management move you can at least factor that in to your decision. For instance, let’s say you live in a wonderful low-traffic area with a low cost of living. You like your boss and you like your job. Then you get a call from a headhunter saying another firm is willing to pay you 50 percent more. The catch, however, is the job is in San Jose (one of the most expensive places to live in the states), schools aren’t very good, traffic totally sucks and the job/boss thing is an unknown, but I’ll bet it’s worse.

Do you focus on the money or weigh the value of all the other stuff properly before you move? Do you consider how much headroom the salary range has (for instance if you are being offered top of range you can kiss off performance raises, and cost of living raises aren’t that common anymore). After taking the job you may find your kids aren’t getting a good education, your spouse is pissed because you are in a much smaller/less prestigious house, your cost of living and tax increases ate up most of the extra money and you finances are degrading because your income isn’t keeping up with inflation. Suddenly that 50 percent raise isn’t really the increase you thought it would be.

But if you don’t take the job you’re likely to feel like your boss is taking advantage, you’ll suddenly be dissatisfied and your performance should drop unless you can rationally put that 50 percent raise where it belongs — in the junk pile.

I was a headhunter myself for a period of time — our job was to make people like this dissatisfied with their jobs so we could get paid a commission. We weren’t selling happiness, we were pitching dissatisfaction. Those really good at it can make you hate a job that you never should have left.

Layoffs: Be cautious of repeat offenders

Just a quick word about layoffs. Any company that does more than one a decade should be avoided like the plague. They increase stress, they destroy collaboration and create a back stabbing self-serving culture, and companies that use this tool a lot don’t understand it and don’t value employees (that’s you). Why in the world would you work anyplace that didn’t value you as a person?

There is a right way and a wrong way to do a layoff, most do them the wrong way. Doing it right means cutting deep, cutting fast and separating those who were terminated from the rest of the population. Much like if you had to cut off your arm, you’d do it fast, you wouldn’t start the cut, leave it there for a year chopping off a piece now and then.   Yet that is how most CEOs seem to be doing it now and it is brain dead stupid. There is no upside to working for stupid executives.

Consider what you do have

So my advice is that if you love where you live, love your job and love your manager you need to realize you are likely better off right now than 99 percent of the folks out there.   Don’t let a headhunter make you unhappy and at least consider the value of what you have before you trade it off more cash.

On the other hand, working for idiots is no fun and if advancement is important to you (realize you’ll generally trade off other things like friends and family) then jumping companies and jobs is generally your fastest path. However, it is also the riskiest path because you won’t build up the kind of internal network you’d have if you stayed with the same firm.

Given that money isn’t a great motivator, as a manager think about finding non-cash incentives to share with folks to motivate them and make every effort to see they are paid fairly and communicate those efforts. That way you are less likely to overinflate salaries and have to cut them destroying productivity and job satisfaction later on. If you have to cut, cut surgically and fast, realizing that it is better to have fewer people and salaries intact than to have a lot of disgruntled underperforming employees.

Finally, when considering a firm, spend some time with the HR department. Figure out if they are staffed with experts or just a bunch of mindless paper-pushers doing a poor job of assuring compliance. See if they understand that part of their job is to keep you happy. If they aren’t and don’t, then find a firm that has people who do.

In the end the goal should never be more money, but having a better time (or not screwing up the great time you are having). Oh, and my answer to the question, tell the headhunter to screw up someone else’s life, and share the experience with your boss. He or she may have forgotten how valuable you are and this could serve as a timely reminder. I never said you can’t chase more money just keep that goal in perspective.

I’m old school, I think we should chase happiness and that cash needs to remain in its subordinate support role not the primary driver.