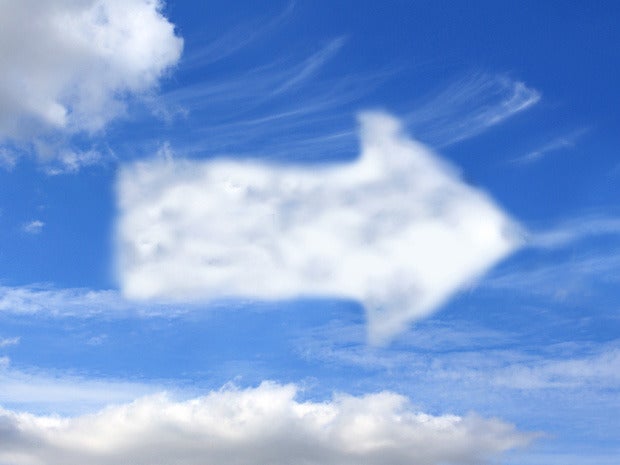 Last month, an issue with United Airlines’ information systems grounded airplanes across the country for over an hour, making for a rough start to the day for many of the company’s customers and employees.

The root cause according to the airline? A failed network router.

It may come as a surprise that a Fortune 100 company with almost $39 billion in annual revenue, and a $21 billion market cap, can have its global operations disrupted due to the failure of a single device. Those of us that have worked in large enterprises with legacy IT infrastructures, however, know that such outages aren’t uncommon.

While other companies’ IT operational failures may not be as visible and embarrassing as United’s, they do happen, and they’re often just as impactful and costly. It’s not unusual for warehouse operations to grind to a halt, for trucks to stop rolling, and for point-of-sale systems to stop ringing up sales – all due to technology glitches.

For this very reason, I’ve encouraged organizations that haven’t yet embraced the cloud to make haste. Cloud providers – at least the larger, more established ones that are accustomed to serving enterprises – have developed very impressive track records of infrastructure uptime over the past couple of years.

For startups and smaller companies that use the cloud (and with no legacy IT to speak of), this means rarely or never having to deal with the types of IT operational headaches that have plagued companies for years – leaving plenty of time to deal with the many other problems SMBs must tackle.

For older, enterprise companies who built or inherited massively complex systems before cloud computing was a reality, it means the promise of far greater stability and a better customer outcome. Sounds great! So why don’t enterprises follow SMB’s lead and go all in?

I think United and other legacy carriers are probably a pretty good example of the challenges enterprises face. They must account for massive systems that have been in place for decades, that may be running on mainframes (which aren’t exactly cloud-friendly), and that may prove very brittle when moved.

They must account for systems that have been rewired to accommodate multiple acquisitions and mergers, that have complex integrations, and believe it or not, that may not be fully understood. And they can afford virtually no downtime without suffering serious business ramifications.

And on top of these technical challenges? For most enterprises, there are people change management challenges that can be just as daunting. If you thought recruiting and retaining mainframe talent was difficult, imagine re-skilling your mainframe team with cloud skills.

Just one of these challenges can make a move to the cloud feel daunting. Taken together, and it may even feel impossible.

In fact, a failed router, and the cascading fallout it creates, can be just the catalyst that’s needed, the call to action that helps a company shake off the inertia, and begin its transition to modern, stable systems. Do you work for a large enterprise, and do these challenges sounds familiar? Look here for a few tips on how to help your company head for the clouds.

Rich Murr is a technology executive with over 20 years of leadership and enterprise IT experience, to include application development and operational roles with startups, consulting companies, retailers and technology service providers. Currently, he serves as the Senior Vice President of Business Technology for Bazaarvoice, where he leads the teams responsible for overseeing all business platforms in support of sales, services, and internal functions.

Prior to Bazaarvoice, Rich served as the Vice President of Information Technology for Rackspace, as the Director of Software Development for HEB, and as Marine Corps officer. Rich obtained a B.A. from Mary Washington College.

The opinions expressed in this blog are those of Rich Murr and do not necessarily represent those of IDG Communications, Inc., its parent, subsidiary or affiliated companies.