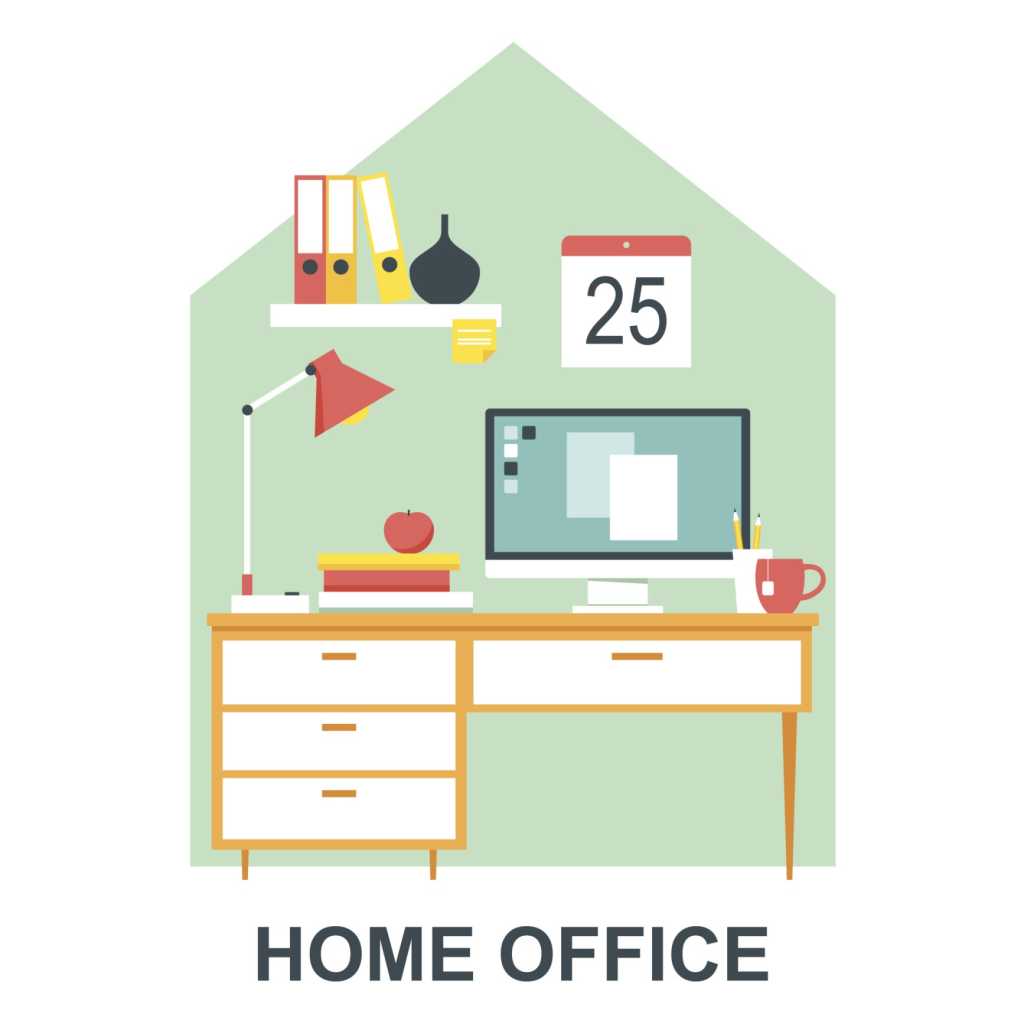 I’ve been working from home for well over a decade now, so it would be tough to move back into a corporate environment. However, working from a home office isn’t for everyone and while there are some huge advantages, there are some drawbacks as well.

I’ve had a number of employees over the years, some who blossomed from home, and some who flamed out, and often the difference is all about mindset. Over the years, and particularly recently, I’ve found a set of tools that make working from home much more productive. In fact, I’m likely better equipped in my home office now than most are in their corporate headquarters.

The positives of working at home

The big plus is no commute. I get up, get dressed walk down a short hall, and I’m in the office. This is my space, I’m comfortable, secure, can start as early or work as late as I want, and I’m personally securing my stuff. In addition, being at home actually turned out to be rather important to my neighbors as I was able to stop a couple of home invasions at other residences because I was around while everyone else wasn’t.   Finally, you can avoid all of the little distractions like stories of weekend activities, gossip, folks who can’t talk quietly on their phones (I’m one of them) — and then there’s the office drama that you don’t have to deal with.

The problem of working from home

You are disconnected, that’s good if you are good self-driver, but it is bad if you need to be pushed. In addition, out of sight is out of mind, making it harder to get promotions and raises. You are more likely to be laid off or fired (far easier to fire someone over the phone), and your home has its own distractions, which can be worse than the ones in the office.

There could be misperceptions too, even though you may be kicking butt, your boss may think you are kicking back. Finally, CEOs have a habit of cancelling work-at-home benefits and a lot of folks find they can’t commute anymore because of kids, distance or other personal issues that made working at home ideal for them.

In short, there are more ways to become unemployed when you work at home, so I’d recommend not doing this early in a career. I’d also suggest you avoid having both spouses taking this route at the same time to help assure both of you don’t lose your jobs in the same window. By the way, on this latter, both spouses working at home can actually put a lot of stress on a marriage, but it’ll better prepare you for retirement. I’ve seen a number of marriages come apart late in life during the retirement phase because the spouses find they can’t stand each other for more than short periods of time.

Tools that can make your home office amazing

Ooma Business: This VoIP phone system has been a godsend especially when we moved and were able to take our numbers with us to another state. The nice thing about VoIP systems is they can work anyplace and our initial plan was to take this between homes while we had two of them (owning two homes became more pain than pleasure). Oh, and VoIP calls are mostly free.

Panasonic KX-TG9581: Finding the right phone system is important as well. Ooma has phones getting a key system and tying it the Ooma resulted in a more robust solution.   What makes this Panasonic different is it is a tow line wireless system with a decent desk phone base station that will take a Plantronics headset. It’ll also take up to four cell phones so you can have your smartphone on the charger and take the call on your office phone with that headset if you want. It will also handle up to 12 wireless remote handsets so even if you have wandered away from your office you can answer as if you are in it.

Plantronics Savi W740: Having a good wireless headset allows you to move around your office and house while still remaining on a call. You know those conference calls and meetings that you have to attend, but where the content is mostly someone who likes to hear his own voice? You don’t want to put the phone down because if he suddenly asks for your input it will be really obvious you wondered off. The Plantronics Savi Pro connects to both your phone system (and it has an auto lift option for the phone handset so you can answer and hang up remotely) and your PC so you can use it for Web meetings as well.

Aver VC 520 Videoconferencing System: Up until recently videoconferencing meant using a Logitech camera off of my desktop, but monitor bounce and sound/picture quality left a lot to be desired. Recently, I started using the Aver VC 520, which is an affordable pro-level system with zoom, pan, and high-level conference microphone. Set up properly it actually looks far more professional and in line with company videoconferencing sites. It sets a far better impression (plus I can use it for TV interviews).

Fujitsu High ScanSnap iX500 Speed Scanner: You’re going to still have to deal with paper and this thing is amazing. It takes stacks of paper and scans them in moments, accurately and completely. It isn’t a cheap date, but it can take a massive contract or large document and ship it back in short order. I’d have thought I could do without paper by now, I don’t use it as often as I did, but when I have to review and sign a large document this thing is amazing.

Epson EcoTank printer: This just came out, but since you don’t have a facilities group to get you ink when you work at home and expensing printer cartridges is a pain (I hate expense reports like the plague), it’s a great option. These new printers are more expensive, but they basically come with a year’s worth of ink, and refills are incredibly cheap when compared to cartridges. At home you just want stuff to work, you don’t want to be chasing down ink.

DocuSign: OK, if there is one service the work-at-home employee should demand it is DocuSign because then you don’t need that printer or scanner as much. This service has massively changed how long it takes to approve a document and send it on its way. This is one of those services that every company should now have. It really changes how painful contract signing can be.

Linksys Router: I’ve been testing a lot of high-end consumer routers and most simply haven’t been that reliable. It is hard to justify a full enterprise router for the home, but if you lose your router, particularly if you have a VoIP phone, you are out of business.   These are the only routers that have consistently held up short of an enterprise product. The best workhorse is their WRT1900 at the moment, however, I’m currently using its more cutting edge EA8500, one of the first MU-MIMO gigabit Wi-Fi routers (but not seeing much additional benefit because I don’t have a MU-MIMO client yet) and their AC1200 dual band Wi-Fi Range extender. I’m getting amazing performance.

The benefits exceed the risks

I still think the benefits for working at home easily exceed the risks, particularly later in a career for single contributors or managers over distributed units. It is simply a higher quality of life, but you do have to understand the risks and your own ability to focus and concentrate. I hope you find the tools I’ve provided useful, some should even be considered if you just occasionally work from home.   Here is hoping you find the location, an understanding manager and a job you love and deserve.