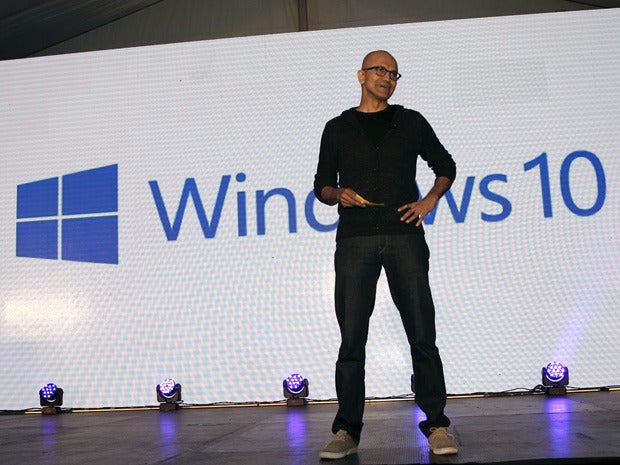 (Editor’s note: This story has been updated to include additional information on the “Get Windows 10 app.” Changes are marked below in bold.)

I love my Windows 7 laptop, but I’ve had it for more than 3 years and the inevitable is happening: The OS is getting cranky, the result of adding and deleting dozens of programs — and, of course, I’m waging the occasional war with malware. The hardware is in good shape, though. Microsoft’s free Windows 10 upgrade offer seemed like might solve my problems, so I don’t have to buy an expensive new system or reinstall Windows 7, a painful and time-consuming task.

For many PC users, particularly those whose systems run Windows 8 and 8.1, the upgrade is a good solution. For users with systems that are 3 or 4 years old, however, the upgrade process is problematic, confusing, and in some cases, may not even be possible. It’s a serious problem, because trying to install Windows 10 on a PC that doesn’t support the OS is an invitation to disaster. At the very least, you’ll waste a lot of time.

The real issue is that it’s not always easy to determine if your older system can handle the upgrade. If you’re running Windows 7 or later, chances are good that the hardware is capable of running the new OS. Unfortunately, that’s a necessary — but not at all sufficient — condition. Although users rarely need to think about PC drivers, or small programs that help system components work with the OS, the apps need to be compatible with the system.

All versions of Windows contain some generic drivers, but most of them are created by hardware makers. In many cases, the drivers in newer PCs work well with Windows 10, but drivers for older systems need to rewritten.

I contacted a few of the major PC manufactures and found that some have Web pages that list what they call “supported systems.” Unfortunately, they’re not easy to find. Lenovo, Dell, Acer, and Toshiba all offer supported systems pages, and both HP and Asus have pages that let you check support for specific computers.

What exactly is “supported?” In most cases, it means the manufacturer wrote the necessary drivers or has tested the system, including its Basic Input Output System (BIOS), and determined that it can run Windows 10. That’s pretty straight forward.

However, it’s less clear what to do if your PC is not on one of those lists. In some cases, systems will run Windows 10 even though the manufacturers haven’t written drivers or tested them. In other cases, they won’t.

Here’s a related statement from an Acer spokeswoman:

The other PC makers I reached out to shared similar sentiments.

Microsoft provides tools that are designed to help. If you have a white “get Windows 10” logo in your system tray, chances are your PC will run Windows 10. If you don’t, you can visit Microsoft’s “The ‘Get Windows 10’ app doesn’t appear in Windows 7 or 8.1” support page and follow the instructions. But the process is way too confusing.

I ran the troubleshooting tool referenced on the page, and it said my system isn’t Windows 10 capable. But when I drilled down into the test, it turned out that I hadn’t installed some recent Windows 7 updates, and without them I couldn’t download the app needed to reserve a copy of Windows 10.

It took me close to an hour (and two or three reboots) to download a bunch of updates, and then the application said my system can run Windows 10. But then, another complication: My Lenovo laptop is not listed as a supported system by the manufacturer. The Get Windows 10 app is supposed to run a check on your system to see if it is compatible, but none of the PC makers mentioned it in our interview, or on their Web pages, so I’m sure it’s foolproof.

I contacted Lenovo, and the company said it thought the system would run Windows 10 … but couldn’t guarantee it. Then it suggested calling Microsoft if I have a problem. O-K. So, the official take from my PC’s maker: Maybe your trusty laptop will play nicely with Windows 10 — but maybe it won’t.

A Windows 10 upgrade is supposed to stop itself and warn users that it can’t complete the job because the system isn’t compatible, but the consequences of stopping in the middle of an upgrade aren’t at all clear. That said, Windows 10 is getting a lot of news coverage, and I haven’t heard about many problems with upgrading to newer systems. (I have, however, seen quite a few complaints about the mysterious way Microsoft is handling its upgrade and patch processes.)

My advice: If your system isn’t listed on the manufacturer’s support page, don’t even try to upgrade. Unless you purchased an extended support package, your system is likely out of warranty, and the maker may not be willing to help you out if something goes awry — and neither will Microsoft.