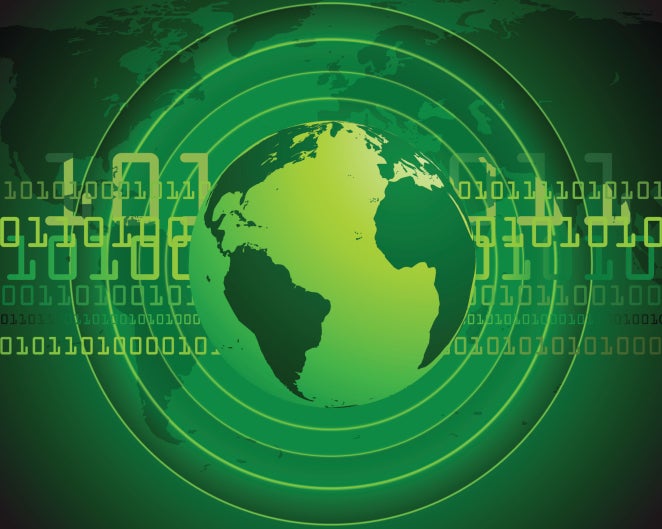 While companies like Amazon have been a target of campaigns from nonprofits like Green America, the NRDC says that larger server farms operated by well-known Internet companies are paragons of ultra-efficiency.

For example, Apple’s U.S. corporate offices, retail stores and data centers are powered with 100 percent renewable energy, and are looking to hit the same marker internationally. Amazon is building a 150 megawatt wind energy farm in Indiana and an 80 megawatt solar farm in Virginia, expected to be up and running by January 2016 and October 2016, respectively

Also, CenturyLink, which has one of the world’s largest datacenter footprints, has been powering some of its operations with natural gas and hydro-electric power. In May, they opened a central Washington state data center that derives more than 85 percent of its energy from hydro-electric.

The desire to self-create energy clearly exists – and is getting stronger, says Marlene Motyka, U.S. alternate energy leader at Deloitte.

Fifty-five percent of businesses say they generate some portion of their electric supply on-site, up from 44 percent in 2014. Motyka says that of those companies, 13 percent of their energy is currently self-generated, and expected to rise to 16 percent by 2017.

While the survey wasn’t specific to data centers, Motyka points out that the sectors self-generating are healthcare, technology, media and telecommunications companies. Sixty-seven percent of media companies, for instance, are going to have their own data centers. “Why are they looking at renewables? Because they have the critical level of their operations and requires high level of reliability. If they control their own generation and have it be clean and cheaper than other sources, then that’s a win for them.”

In addition, Mortenson, a data center contractor that builds wind and solar power centers, also found that 84 percent of corporate data executives, data center operators and information technology providers feel that there is a need for renewable energy sources to power data centers.

While the NRDC applauds tech giants for making strides in turning data center energy gulping to a sip, they say there’s still work to be done with small, medium and corporate data centers, which they say are responsible for most of the country’s data energy consumption and are much less efficient operations.

[ Related: How regulators and legislators make it harder for you to use solar power ]

Not only would turning these companies toward self-generation be better for the environment and their bottom line, but it can also help them be more attractive to potential employees. If they can create their own energy, they can locate their data centers – and employees – in places that aren’t in the middle of nowhere, says Jean Redfield, president and CEO of NextEnergy, a Detroit-based non-profit working on innovations in advanced energy technologies, businesses and industries.

“Traditionally, data centers were call centers. You put them out in suburban and exurban areas,” she says. That’s where land needed for the center and cooling has been cheaper.

“When you start integrating renewable generation and DC power networks into your data center choices, you don’t have to go to those exurban and suburban locations anymore. You can put them where you want them and where your talent really wants to be,” says Redfield.

“The road blocks are the same as to any increased penetration of renewables, she says. “Where the grid is already reliable and there’s plenty of baseload power generation, renewals are particularly slow to penetrate.”

The challenge, she says, is to convince companies that they need renewables where there’s already an energy infrastructure – even if that infrastructure is close to being maxed out.

Even big companies are feeling that inertia. Facebook recently announced that its new Fort Worth, Texas, data energy center will be powered entirely by wind power – but even the social networking juggernaut lamented that it had a hard time getting through the red tape necessary to be powered by renewables.

They’re now one of 34 companies to subscribe to the Corporate Renewable Buyers’ Principles, whose goal is to spur progress on resolving challenges in buying renewable energy. Yahoo, Salesforce, Unilever, Target, Sprint and 3M are also among the consortium of signatories of the compact.